Julie Bindel claims some trans activists risk falling for misogyny. I pray not. 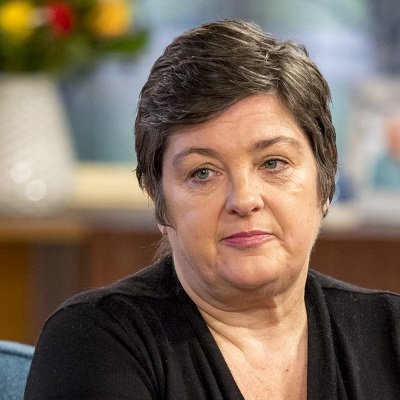 I read Julie Bindel's article in The Spectator today and cried.

Julie's article was not in itself, anti-trans for a writer known as a radical feminist. In fact, in some ways, I could relate to the points she was making.

Now unlike many of the radical feminists and perhaps some trans activists I am not "high brow". I didn't go to uni - I am certainly not that clever.

Academia is well and truly over my head, but equally, I know some very talented academics and would not trust some of them to post a letter. Additionally, while academics may well have easy access to the media, none have any more rights to an opinion than the ordinary woman or man in the street.

What upset me regarding Julie Bindel's article was that she expressed a view that some trans activists put trans rights above women rights and for me, that really hurt.

Trans rights are human rights, but in no way should trans rights supersede the power and rights of feminism or vice versa. I have had to work very hard to be a woman. My story (published on this website) shows the pain I have suffered and still suffer that my brain did not match my biological sex.

And to be frank, I believe a trans person should have to work to a reasonable extent for the right to be called different sex to the one on their birth certificate. Because if a trans person doesn't work for their real gender, I and many other trans women's efforts could be perceived to be worthless. I am sorry to upset some trans folk, but a trans woman with a beard just doesn't cut it with me.

This doesn't mean I am against self-id - far from it. I will shout for self-id from the rooftops. The current GRA process stinks!

But equally, during a process of self-id is it not reasonable to have to demonstrate a history of gender dysphoria? Is it also sensible to have to show what an individual has achieved, or at least tried to achieve, to overcome the dysphoria?

I do believe this is reasonable.

In part to protect women but equally (and perhaps even more importantly) to protect bona fide trans women.  Many trans women move heaven and earth to achieve womanhood, and this should be recognised and not devalued by a quick quip saying "I am a woman now".

Cis people are awarded their gender at birth by privilege - sadly trans folk have to "work for it" and rectify natures error. I know this is not fair - but life is not fair.

Researching Julie Bindel a bit further I quickly came to like her but not agree with some of her recorded views.

But the theme of my website is "we are all different", and at least Julie cares. Cares a lot.

The trans rights author Julia Serano continually makes the point that trans activists and feminist activists have much more in common than divides us, and I also take this view.

I want to make it very clear that if any trans activist commits to misogyny, I WILL NOT stand with you.

I guess none of us is perfect and we can all be "accused" of something. If I search deep in my soul, I think for me that would be misandry (prejudice against men). On other pages of this website I make the point that men have led us to war far too frequently, attacks women to the point that many have to flee their home to live in a refuge and that women are discriminated in regards to pay and opportunity.

Even though I am sixty-eight now, I still work and am proud to be one of ten in an 'all women' business. We don't discriminate against men, but we do realise that women have to work harder in society to get anywhere and so, in consequence, makes a better team.

I purposely have always had a female GP and almost always choose a woman doctor over a man when given a choice. Am I any different to any other woman? I think not.

While researching Julie Bindel, I note she is a co-founder of Justice for Women. For this, she must be very proud.

And that is what I and many others are fighting for - Justice for Trans Women.

Women deserve more than justice; women deserve equality and justice. But so do trans women (and men) for we are physically and mentally attacked more often than any other minority group and continuously have to "prove" we are, who we say we are.

And what about the intersex? - they still do not even have a home.

And here we have the problem, Julie. Many of the attacks against trans folk and in particular trans women, come from radical feminist women writers just like you.

I am most certainly am not saying you personally, for I don't know all your words. But many in your band just do not give an inch to any trans activist like me.

Their argument is if the genitals fit a man - he is a man.

This argument is so disrespectful to a trans woman like me who has done everything to get things right.

And that is one reason why there is a TERF war and very sadly... the potential for misogyny.

But are trans women to blame for this?

This war was started by groups like Woman's Place UK (WPUK) who have deliberately and maliciously interfered in our battle for justice and equality. In fact, they seek to make trans women's lives even harder.

And there is not an utterance of apology.