Alcohol - The Easy To Buy Drug That Can Lead To Abuse

When a social liquid causes misery 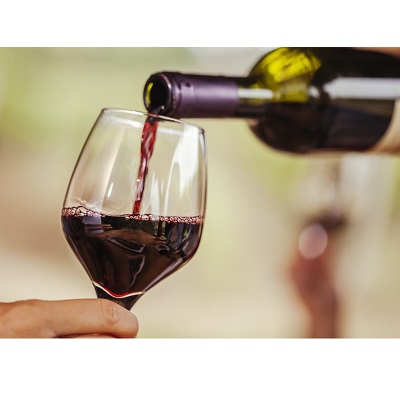 As a child, I never saw domestic abuse. Any differences were, I suspect, swept under the carpet, although I became aware in later life that my grandfather badly abused my mum as a child. My mum never told me exactly what he did. All she said was "he would be locked up for it these days", so it was very serious.

But homelife in my girlfriends family was very different.

I met Lin when I was at college - we fell immediately in love, and as happened in those days, I was taken home to tea to meet the parents, John & Joyce. They lived in a council flat - in number 5 - and across the hall lived Lin's grandmother (on her father's side) in number 8.

At first sight, all seemed pretty standard except the flat was amazingly hot all the time and that Joyce always walked around with her pet poodle (Rangi) tucked under her arm. Now I am very much a "doggy person", but it is more than fair to say that Rangi was not so generous to humans. In short, he was a vicious little monster who would bite you in a second, if you dared to move a muscle whilst sat on the sofa in the oppressive heat. To move, you had to ask Joyce to pick Rangi up, because if Rangi was not in Joyce's arms - he would attack.

Even John could not move in his own home.

John worked in a local engineering company; he was the foreman and a shop steward within the Boilermakers Union. He was a privileged member of the staff being allowed to ride the black company bike, (complete with a large metal basket on the front) outside of working hours. John worked long hours, and I am sure very hard but he also had to look after his mum at number 8.

And here was the problem.

Joyce was not exactly very accommodating to John's mum, even though she was disabled and had severe sight issues. In short, she hated her and even at Christmas she was not invited across the hall. "Get over your fuckin mother's" Joyce would scream and off he would go - he had no choice - John's mum needed help.

Given my sheltered upbringing, I had not heard any language like it. I was shocked. John was a "nice guy" looking after his family and mum. He took the verbal abuse every day. Except that is on a Friday night - after he returned home from the pub often near drunk if not drunk.

Then sometimes it was his turn to spill out abuse - not verbally - physically - punches sometimes would rain.

Not every Friday, perhaps not one Friday in twenty - but when he hit her - he certainly hit her... body, arms, face.

Neither Lin nor I knew who to blame. Joyce for the continual verbal abuse or John for the physical abuse but looking back what "flipped" John over the edge was booze.

My next encounter with abuse came many years later in a very posh hotel in Park Lane. Both I and Jen (my wife) had been elected to attend an award ceremony, and we were accompanied by a colleague (aptly, also called John) and his wife, Miriam. John certainly had a drinking problem - he loved his scotch, and his fat belly and red face reflected his lifestyle. Miriam, on the other hand, was relatively slight, about a size ten wearing a lovely LDB (little black dress) with silvery jewellery and a black diamante clutch. These were in the days before my transition, so I was wearing "black tie" (which I utterly detested) and was naturally intensely jealous of Miriam's lovely look.

So I am guessing you now think I am going to write that John got pissed - and then got abusive to Miriam.

John certainly got pissed - it was on the company after all! But John - who was known for being a joke teller just got more hilarious whilst Miriam got angrier by each glass of wine and champagne. It ended with Miriam striking John with a rain of punches that would have made Muhamad Ali proud and whilst she was throwing the punches John was continually laughing it off, too pissed to know that Miriam was beating him to a pulp.

It was embarrassing to watch, and as soon as we could, we made our excuses and left.

On Twitter (my handle is @placesteph) I have a lovely trans follower called Laura. We talk often - and I feel I have known her for years.

Laura is just starting on her transition, but her wife (Susan) is rather controlling - to the point that Laura has little money of her own.

Most of the time, Susan is reasonable even though she likes to control the purse strings - but at night, she becomes a very different person - thanks to a few glasses of wine. At that point, Laura gets abused.

No rain of punches this time but verbal and emotional abuse that shreds Laura to pieces. She knows the abuse is going to come - it is just a matter of when. The more booze - the worse it gets.

Abuse can be in many forms - and whilst I am certainly no expert on it, there is a common denominator in the three true stories I am writing about.

It seems to me that alcohol affects all of us differently. Some people are sent to sleep, some people really "lighten up" and get funny, and others have a total change of personality and get abusive.

We know for a fact that women often suffer abuse more than men (normally in the home), which is why (sadly) refuges are important. Men too are abused but not so often as women.

But Trans women like Laura are a particular target in clubs and pubs - stats show we are at twice the risk of cis people.

None of us should suffer abuse - but for sure alcohol can draw out the worst in people.

And I dont know an answer - I suspect none of us does. But alcohol is a life-changing drug.

And if it came in a pill form, we would need to get a prescription for it from our GP.