In conversation with Portrait of Britain winner Allie Crewe 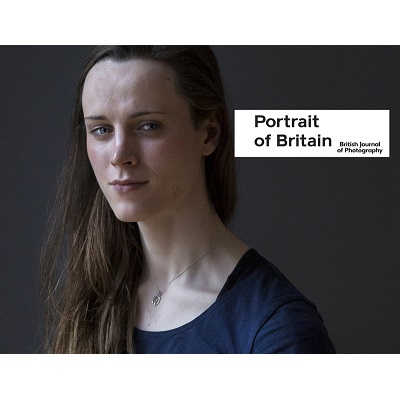 It has been a very long time since I have interviewed someone – in fact decades, so when Allie Crewe agreed to chat to me, I was delighted if a tad nervous.

For those of you who have not heard of Allie Crewe, she won the British Journal of Photography Portrait of the Britain Competition in 2019 with a stunning image of Grace – a trans woman.

But this is not her only success having exhibited at both the Getty Gallery and Lloyds of London. Now with one of her images jetting off to an exhibition in Canada - Allie Crewe is becoming an internationally known photographer.

Looking at her images on her website I was intrigued: https://www.allie-crewe.uk/

These were no quick photo sessions – they were art in a form I had never seen before. So, I approached Allie for her story, and one Monday afternoon, we chatted like we had known each other for quite some time. I had done my research, of course, and the very comprehensive blog on her website gave me a good idea of what made Allie 'tick'

Allie (a cis woman) lives close to Manchester with her daughter and hubby – all currently working from home thanks to COVID-19.

Sadly, Allie knows all about COVID as her father in law was one of the first to pass in the UK when this dreadful pandemic hit. She brushes off the resulting press intrusion with acceptance. But it was far from easy for her and her family, as she had also lost her father only a few weeks previous - as well as her beloved ten-year-old chihuahua Poppy.

Allie talks openly about her unhappy childhood, which resulted in her not being close to her dad. But with all family deaths, not to mention the fast-moving problems COVID has put on many of us - she openly admitted she needed “some space” to get her head back.

Allie, as you can probably already imagine, is an artist – an artist with a camera.

Her interest in photography started at school - stimulated not by art classes but an English teacher with a passion for photography. Although pushed by her family to concentrate on academic subjects, Allie had other ideas and while still working for her exams found time to explore art in what little spare time she had.

Allie went on to Uni at Salford & then Manchester studying English Lit before going on to a career in teaching media subjects at a local college. Then three years ago, Allie decided that life was passing her by and that she wanted to devote all her time to her passion of photographic art.

People were telling her not to do it, of course, going from a salaried position to freelance is rather like being an officer on a ship and then setting yourself adrift in a sailboat. But it was Allie’s dream, and into the sailboat, she willingly got - not knowing where she would end up.

Her very first trans woman image was Kim, and her story inspired Allie into a direction of photography that was not at all planned but has opened a new chapter in her life. Allie is now a trans ally, finding people from our community ideal subjects to photograph. In short, we have a complex, exciting, raw story, and Allie seeks to find that story and translate it into an image.

Separating her work into themes on her website “Your Own Light” is an ongoing project to capture trans folk in a purposeful, thoughtful pose with a dark background. It is apparent Allie never asks her clients to say “cheese” – she wants to capture the real person – the individual.

Over time the “Your Own Light” collection grew, resulting in a series of 12 trans portraits being exhibited in Manchester at an event sponsored by the National Transgender Charity, Sparkle.

While Allie will always work to the client's requests, I got a distinct feeling a photoshoot was much more - it was an experience to discover the obvious but unseen.

Once winning the Portrait of the Britain Competition enquiries and even some commissions started to come her way, including one with the NHS and another project for Proud 2b Parents - exploring the LGBTQ+ parenting narrative. Here I have some personal experience knowing a gay couple who are possibly the best parents I have ever known.

It is hard to think that we are not too many years in from society approving of gay marriages and parenthood. No doubt the critical then are the transphobes & TERF’s of today. How wrong they were then - and how wrong they are today.

I have to say I think the images of the gay parents on Allie’s web sites are my personal favourites - they portray joy, love, and everyday normality.

It is what most trans folks seek of course - normality - but we are not there yet.

But there is a dark side to Allie’s work too.

Driven by her personal experiences of an abusive father and her beautiful feminist ideology (that is why we found it so easy to talk to each other) Allie is out to portray what is wrong in society. And her ongoing theme “Domestic Abuse” is very significant to her.

And to do that she wants to tell the full story – challenge the narrative – to ascertain why a once a loving relationship turns violent. And, of course, it is invariably the woman who is the victim.

Like most of Allie’s projects, COVID has got in the way, but she doesn’t see lockdown as a waste of time using it as a period of personal reflection to find herself. Allie is spiritual – finding peace in Yoga which she practices five times a week. I got the impression, perhaps wrongly, that Yoga was a catalyst to drive Allie’s inspiration to change the world via the lens of a camera.

Allie repeats a few times on her web site that a “picture speaks a thousand words” and often uses film for her work so to give a better depth. She uses digital as well of course especially for test shots, but it came across to me when she told me this, that art is ingrained in Allie, rather like Blackpool is ingrained in a stick of Blackpool rock.

I can only imagine that a photoshoot with Allie is like no other.

Yes, the client comes first - up to the point that she will find a great makeup artist for any trans client who wants that look, but equally, Allie is more than happy for her client to be naked both of makeup or indeed clothes. Planning too is a crucial part of Allie’s work, it is not the case that a client turns up and thirty seconds later, the camera is rolling.

Allie is political – not in the sense of political parties but rather in her work - which she openly admits is “deep”. As interest in the “Your Own Light” collection grew, Allie decided to take the next step - to produce a book.

Entitled You Brought Your Own Light the original portraits are joined by new images, continuing Allie’s journey as a campaigning political artist - exploring social issues using photography to give a voice to those often-denied power.

After talking to Allie, I was left in no doubt that Allie is extraordinary, and she should have never had any fear about getting in that sailing boat.

Caring, driven, proud, passionate, feminist, perfectionist - are all adjectives to describe Allie Crewe. And one day I will make the long journey to Manchester for my shoot because I am pretty damn sure it will be an unforgettable experience.

And as I make this article “a wrap” I am well over 1000 words – I have painted a small sketch of Allie Crewe.

No doubt her camera would have done a much better job.

Allie Crews Book You Brought Your Own Light  is available from her website shop using this link  https://www.allie-crewe.uk/youbroughtyourownlight