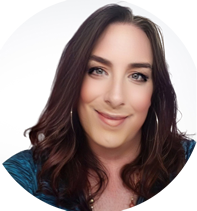 I first bumped into Amber Rose Washington in a Zoom trans chat room.

They were about ten others there, and it being my first visit to that group, I did not know anyone. Some of the group were clearly trans, but others appeared to be allies, so I just sat back and listened for a spell. In the bottom right of my screen was Amber, who I took as an American ally. I did not realise she was a trans woman until she mentioned writing a book called "Hiding from Myself." One group member said they had just started reading her book and I butted in saying I had a website and undertook book reviews. So began our relationship. I read her excellent memoir, and we started messaging via Twitter. You can see my book review of "Hiding from Myself" by clicking HERE.

But there were gaps - things I wanted to know about Amber, so she very kindly agreed to Zoom with me for an interview. I considered myself very fortunate for Amber is in demand - only days earlier, completing interviews with NBC, CBS and Fox. And Steph's Place? - well, let's just say I don’t compete with those guys so well.

The first question was, what's next?

The problem with a memoir is once it is written it often takes many years, perhaps decades to write a sequel and it was pretty clear to me Amber was a lady in a hurry. The writing's in her book made it very clear; she is there for the kids. A massive advocate of puberty blockers, we could both understand that we would have wanted the benefits of them. If only we were born decades later than we actually were!

That was not to be; we were thrown into the hell of puberty - the consequence of which could never be fully reversed.

Amber immediately expressed her concerns at the Keira Bell ruling - that kids in the UK, were being denied access to blockers - at least not without a legal fight. Sadly, this ruling has started to have consequences across the globe - and in particular, America, where the Gender-critical has lost no time in advocating the same procedures. "I want to create a platform dispelling the mythology of the quack doctors," said Amber in a very determined voice. "It is a real problem that some people actually listen to them." I knew this was a problem. Only days earlier, I learned of a  Gender-critical school, financed by American right-wing extremists that taught "expert" witnesses what to say in the ever-increasing legal battles that are heaped onto the global trans community. Indeed- one of the witnesses heard in the Keira Bell case was a product of this same school.

Being a songwriter and musician (amongst her many talents) Amber has a considerable affection for trans performers admiring one, in particular - Kim Petras born in Germany and assigned male at birth.  With the benefit of puberty blockers, Kim has created a music career with a series of hit songs like "I don’t want it all" and "Heart to Break."

When reading up on Kim Petra's career, I noted she had done several podcasts - something that Amber herself is developing. But not for her own exposure - wanting to find exciting trans folk throughout the world and tell their story in their own words. Her ideas were dramatic with the guest telling their story but interacting with a narrator as the third person together with sound effects. The idea has a solid base.  In the UK many are aware of the BBC Radio Four programme "The Archers" which has a history going back seventy years, a radio play of "countryfolk" - albeit without a narrator.

What drives her to launch a series of podcasts is simple. "We are in the deep dark basement," said Amber rather soulfully, " Just where are we going? "

Amber has strong views on the future - but to be able to look forward sometimes we have to look back. And she has looked back - looked back to three hundred years after Christ and the forming of the Bible. Amber is not exactly a fan of the Bible pointing out that alleged "Christians" pick and choose what bits of the Bible they like and adhere too and other bits they ignore. "There are two books that permit owning slaves," said Amber, "it's in Deuteronomy & Leviticus.  And I reject that the world at that time being centred on four hundred and fifty square miles of dusty desert in Israel because there are huge Redwood trees in the States that easily predates anything written in the Bible."

She is also very sceptical of this holy book's editing process because the editors obviously picked what is in the Bible and, perhaps more importantly, what they decided to leave out. There are over four thousand distinct religions in this world, and while Amber obviously cannot learn about them all, she has read the Koran where she found extreme violence in parts but some beautiful, loving text as well.  The Bible and Koran have clearly affected her 'take' on religion.

Not surprisingly, Amber has strong views on 'the binary' - something we both share. Of course, the binary stems again from the Bible - man/woman - male/female. Diversity was not a strength of the Bible - perhaps edited out by those wanting to promote a 'pure' vision of humanity?

Amber Rose Washington is very much a humanist. Saying "the mega-rich one per cent in America love to pick on the poor." She also has strong views on the 'Pro-life' lobby saying "these people are against abortion until the baby is born, then they say put them in the bin - how irresponsible to bring a child into this world - I'm not paying for it - not on my taxes." I also found Amber very humble – brushing over the fact that there is an exhibit in the Smithsonian Museum Washington DC with her name on it!

We briefly discussed trans folk in sport condemning all the "bullshit" that the Gendercrits foam from their mouths and touched on the research of Georg Kranz et al. who are doing pioneering work via either MRI scanning or autopsy to prove trans folks’ brains have differences over cisgender brains.

She gave me an impromptu performance of her vocal skills with a comical sketch of a man and woman in conversation together, that left me in fits of laughter. She can write articles and obviously books like Hiding from Myself, write songs, give talks, educate, sing, and produce all sorts of events.

A one-woman package.  The real deal. Who needs a team? Amber is a team!

From writing her memoir, Amber Rose Washington has quickly drawn a line in the sand.

And as we advance the trans cause... our community has in her, one compelling and powerful voice.

We are so very fortunate to have her.