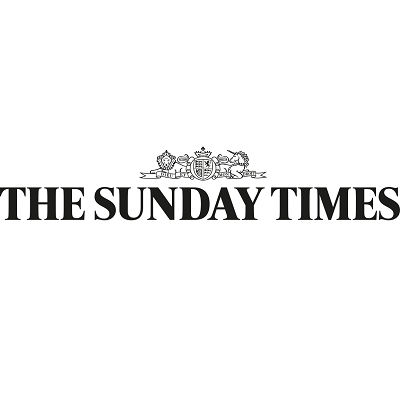 Anyone following my blog will know that I dont write every day and only rarely blog on two subjects in one blog. But records are made to be broken, and today, amazingly I am writing briefly on three issues that reared up yesterday - "Interesting Sunday".

Not for the first time, The Sunday Times went and put their foot in it by failing either to do their research or purposely not appearing to be telling the whole truth. The article was headlined  "Sex question back on census blow for trans lobby." The article stated that everyone will be required to declare their sex in the March census. The report also claimed that this was in contrast to the 2011 census when people answered to their gender. Not being a Times subscriber perhaps I am being unkind as I could not see the whole article but certainly judging from the headline it was misleading.

Many of the gender-critical (obviously not Times subscribers either) were cock-a-hoop on Twitter, clearly, not knowing that the 2021 census is designed in such a way to record how many trans people are in the UK. For a very long time, the number of trans folk has been in dispute with no reliable information. The 2021 census indeed asks for a respondents birth sex (this being question three) but going on to question 27 the census asks if respondents identify to their birth sex and if not how they identify. The Office of National Statistics consulted very widely with the trans community so to agree on the exact wording of the question.

The gender-critical tend in conversation to minimise the number often using 0.5% or less - while trans people and their allies often use higher figures up to 1.3%. Who will be right? - time will tell.

The second issue I want to touch on was an allegation that came up on Twitter from a lady saying that a non-passing trans woman was using the showers at her local sports centre. She said the sports centre management failed to react which, if that is the case, they were probably wrong in not doing so. Single-sex spaces are there to provide decency and to some extent safety and we all need safe spaces including LGBT+ people of course who were probably the first to claim them. Indeed, Google Business asks retailers and the like if they support the LGBT+ community and supply safe spaces.

The simple fact is that the Equality Act gives the service provider (in this case, the local council who managed the sports centre) the right to refuse access to anyone they wish as long as they have reasonable cause. A non-passing trans woman using female facilities is without question a reasonable cause, and whilst I am no lawyer, I believe the actual section of the Act is Schedule 3 paragraphs 26 and 27. Even by having a Gender Recognition Certificate (GRC) if the trans woman does not "pass," she can be refused access. A GRC only changes the sex on a birth certificate - it is not a 'passport' to single-sex spaces,

This is what annoys me regarding the gender-war. If people knew the law and complied with the law, there is no gender-war.

Unfortunately, social media has spread all sorts of misinformation, resulting in an 'out of control' toxic dialogue that spreads fear and hate. The 2010 Equality Act is a fantastic piece of legislation that works for everyone and this is proven by how few times litigation has resulted in any trans person dispute over the past eleven years or so

The war started with GRA reform and the proposal of Self-ID with the government taking far too long to deal with the matter. This allowed too much time for the misinformation, fear and hate to breed. The government failed to point out that if Self-ID was introduced and then misused by a successful applicant, the person was liable to an unlimited fine and/or up-to two years in prison (Section 5 1911 Perjury Act). I just wonder if they had pointed out about the potential penalties how things may have been different.

My final subject is touchy and something I have rarely mentioned - but yesterday a lovely lady interrupted a Twitter debate making the point that the gender-war badly affects people with DSD (Disorders of Sex Development). They rightly feel they are caught in the middle and are used in particular by the trans camp to justify people being trans.

After the respectful conversation, I went through her timeline and noticed she particularly pointed her finger at one trans academic.

Sadly though, she had got it a bit wrong because the person who mooted the link between what was known as Intersex and being trans was Milton Diamond Ph.D by way of his compelling medical research paper entitled "Transsexualism as an Intersex Condition." Milton Diamond, who retired just a couple of years ago, devoted much of his life to studying why some people are trans and working with trans folk, and you can read his medical research paper by clicking HERE.

I hope you find today's blog useful - and stay safe!