27th May - Another Day, Another Lie - Transing the Gay Away 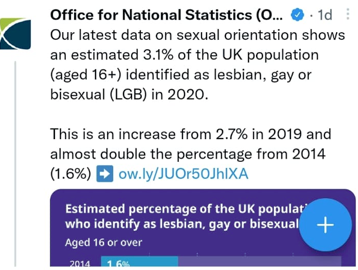 So many lies; where do we start?

From alleging GRA reform will influence trans people to be included in elite sports teams, massacring 18 kids in Texas in the recent school shooting to causing US inflation - you name it; transgender folk get blamed for it.

One of the most popular conspiracy stories is 'transing the gay away' - the allegation being that some kids are gay but become trans because of the "trans lobby", also known as "trans rights activists" or "tra's".

Where this allegation comes from is a mystery, albeit we (yep, I'm a tra) should take on board that many adolescent girls dont like their bodies. That doesn't make them trans, of course, or even gay - they are exploring options, and with female puberty a nightmare of hormones, there is a reasonable argument that perhaps some girls should not rush things. In my experience, it is not the same for boys, and one stat is evident that the vast majority of kids do know who they are before puberty - and equally, the vast majority do make the right choice.

Claire, one of the co-eds here at Steph's Place, looked at the issue of 'transing the gay away' in a three-part investigation that she wrote up in mid-2021, and the latest stats from the Office of National Statistics would confirm what she said was right. Lesbian, Gay and Bi populations are increasing, not decreasing, as the gender-critical would like us to believe.

I never really thought I would become a minority or even come under the LGBT+ umbrella when I transitioned. I was just a human being with an overpowering urge to be my authentic self - I had hidden for far too long. Nor had I realised how privileged I was in being (shudder at the thought) a man. As a trans woman, I now feel the oppression of both women and trans women - the bottom of the pile in some people's eyes. Just why do the gender-critical and their media buddies make up so many lies about us?

I guess they are scared - scared that their vision of humanity, the cis-het normal, is being broken by our visibility, of us saying it is not just okay to be LGB but also okay to be T.

So the next time we are accused of 'transing the gay away - (this lie will not go away all the time transphobia exists), at least we will have the stats to back us up.

The numbers of LGB folk are increasing, and long may that be the case.