Attacks Against Transgender Folk In Uganda. 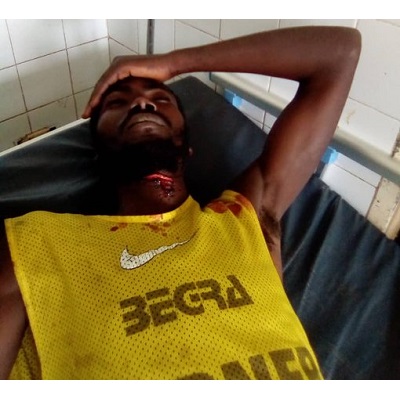 We are always in danger.

The incident happened on Thursday 29th October 2020 when our medical team was carrying out HIV & STI screening test activity at the "Social Health and Empowerment Youth Initiative’s" safe place.

Unknowingly we had put the lives of trans community in jeopardy.

We were carrying out the screening activity, where we had plans to always carry out the same activity twice a month amongst other activities, including engaging in a program that aims at creating public awareness on transgender’ rights and ending violence against transgender youth and sex workers.

The activity started as planned at 9:00 am by our medical team as some LGBTQ people were being attended to, some new strange faces started to emerge via the gate (entrance) at around 12;30 pm.

They were an organized group of young men which we didn’t know that their intentions were to hunt us down attack or even kill us. Strange faces kept increasing and suddenly started chanting abusively.

The of Director of Social Health and Empowerment Youth Initiative tried to talk to them; she was kicked down by the angry mob as they tried to break into the gate commanding “break into and burn them we cant allow homosexuality and prostitution in our village”

Helplessly we were made to kneel down as we watched our documents, laptops, mobile clinic, and equipment destroyed.

Watching all the incidents happening with tears … everything inside was finally destroyed and making matters worse no reinforcements were made as they wanted to put us down, they started beating, torturing us, not putting in mind that some of us they were beating was disabled already.

We tried to plead for mercy in order to save our lives but all in vain instead, they opted for burning the transgender women asking why they were putting on skirts, yet their biological construction was for men.

As we kept making alarms for help, we don’t know who notified our landlord on the incidents of human violations taking place on his place, he arrived and being a prominent person in the village, he was given audience, and an agreement was reached on to forgive us but leave the village with immediate effect.

Our landlord decided to provide means(vehicle) take us away, I went to Ruharo Eye Centre for a further eye examination. Still, due to limited funding, I didn't get treatment as the rest( two refugees) who sustained major injuries were made to go on the streets again as they are homeless now.

It's hurting to see them helpless as their souls are tortured and tormented, but they are not holding up; however much they were subjected to these acts of human rights violations.

Social health and empowerment youth initiative confidentially seek any assistance and referrals to assist the young women who are living in fear for their lives.

It's now one month + no treatment; we don't know some of our member's whereabouts. No commode wheelchairs for the injured ...The situation is deteriorating.

As I write now, I only have one working eye.