How one footballer did not forget us or our cause. 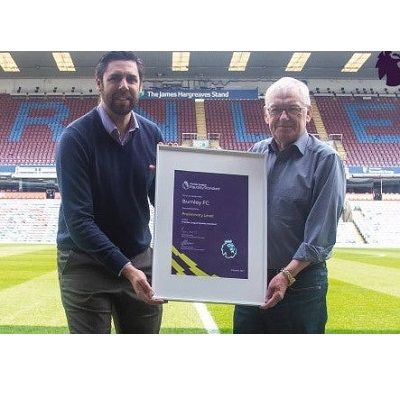 “We want to make a stand”. So said Ben Mee the 29-year-old footballer and club captain of Burnley Football Club.

And what an inspiring guy he is.

There are several positive things to come from the coronavirus pandemic, and one of those is how many people have been drawn together to help one another and create a more caring and equal society.

Ben Mee was, of course, referring to the “White Lives Matter” banner being towed by an aircraft over the field of play during a match by an alleged Burnley supporter. Ben was distraught in the post-match interview, and it reflected in the result as Burnley had lost 5-0.

And what Ben was saying is an accurate representation of the thinking of many twenty- and thirty-years old’s in the UK.  They see the discrimination much better than my generation, and that is because they are ‘outside the box’ of injustice rather than the older generations and religious bigots who not only are in the box – they helped ‘create the box’.

The murder of George Floyd is a subject I have not written on so far. Like us all, I was shocked and disgusted at his death. It started by way of a petty incident that drew a response of four police officers and one to place George in a chokehold while his hands were cuffed behind his back.

These very facts prove that some police forces in the USA are systemic racists because the degree of power was not justifiable.

And the trans community in the states suffer too, especially our black trans brother and sisters who are murdered on a regular basis. So much so that on a Sunday in mid-June over 15,000 people marched in Brooklyn in a campaign called “Black Trans Lives Matter”, this being in response to two trans murders in one day.

And whoever the idiot was who paid for the banner that upset the Burnley players (and indeed everyone else) failed to understand is that magic word “equality”.

But Ben Mee did not fail - he got it spot on. So by now, you will be seeing where I am going with my writing here.

George Floyd is not just a martyr for the “Black Lives Matter” campaign he is a martyr for something even more significant.

So as we fight for our trans rights, we should always think of the many millions of people who have been killed; because of their race, religion, gender or sexuality. The trans rights movement in the UK has a lot to gripe about regarding the gender-critical feminists who are willing to orchestrate our gender rights to be diminished.

Gender critical feminists do not see us as equals, but at least Ben Mee and Burnley FC appear to have different views.

And we should also be very grateful that while the gender-critical are willing the create fear and tell lies about us, so far they have failed to suck the life out of the dream of equality for all.

Sadly George Floyd was not that lucky.