Beth gave so much to the LGBT+ cause and in particular to lesbians & trans people. 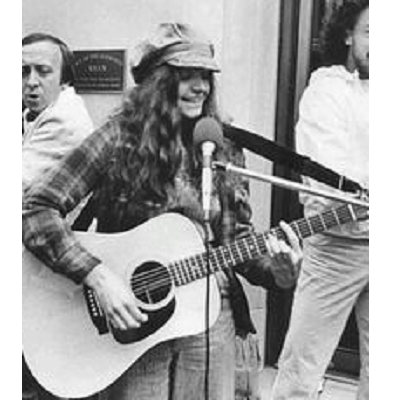 Beth Elliott, Julia Serano and Amber Rose Washington all share four characteristics. All are American, passionate about music, (either performing or writing), all are authors, and all are trans women. Julia, of course, is the most famous and Amber is still little known in the UK. Yet, for this blog, given the recent scandalous article in the Daily Telegraph that trans folk are going to "erase" lesbians I feel it is appropriate that I look back in history to one Beth Elliott who fought for both lesbian & trans acceptance in society.

Now aged 70, Beth achieved a considerable amount for feminism and lesbians who were once 'the rejected' in the feminist fraternity. Like so many LGBT+ folks Beth was active in the San Francisco area back in the 1970s when death threats, guns and knives were part of the culture even within feminism itself! There have always been wars in feminism. Many people, myself included, believe the trans umbrella is too wide, but within feminism, how can something so fundamental as 'fairness' be a matter of opinion?

"Being a feminist means that you fight for the equality of all people. It's important that your feminism is intersectional; it should not exclude people based on their gender, race, socioeconomic status, ability, or sexual orientation" says ICU Education." Perfect description in my book.

For sure feminism is mainly about women.

With inferior opportunities, pay and promotion prospects to name just three discrimination issues in the workplace - feminism should be practised by us all. But of course, because of patriarchy, it is not. Beth Elliott was a real feminist - initially fighting for the inclusion of herself in the Daughters of Bilitis lesbian feminist organisation, and then being vice president of the chapter before she was then unceremoniously thrown out because she was trans. This - even though she had worked very hard for the inclusion of lesbians within the feminist movement.

Beth Elliott was not put off though - helping to create 'The West Coast Lesbian Conference' in April 1973. Not only was she on the organisation committee, she, as a folk singer, was also scheduled to perform in the evening entertainment. Sadly, her performance, though, was threatened because a minority of lesbians felt she did not belong. Initially, Beth encountered a death threat but made the decision she would not be bullied. Amazingly the audience at the conference entertainment venue then had a vote if Beth could perform! She successfully won it by a ratio of over two to one, but still, the exclusionists did there best to disrupt her performance meaning, in the end, it had to be cut short. Just like the UK TERF's of today - there were not many of them but they lobbied very hard, made lots of noise and threatened.

Looking back, Beth Elliott did so much for the lesbians, seeking acceptance for lesbians within feminism, organising and participating in lesbian events.

Yet despite everything positive she did, a minority of people, TERF's made her life very difficult. Moralistic rhetoric is commonplace even today about trans folk, constructed as predators, monstrous or parasites by a vocal few. Germaine Greer (in 1999) compared trans people (probably meaning trans women) to horror movie serial killers who would murder their own mother whilst Mary Daly in 1978 insisted trans women are 'Frankenstein' constructs, invaders bent on violating women's boundaries. Nice to be loved!

But what of Beth Elliott?

She was left traumatised and scarred. A trans woman - who only wanted to do good for women, lesbians and feminism - left in a state of shock which she has never fully recovered. She went on to write books though and was a huge activist for our gay brothers and sisters concerning AID's. She was also elected to become a board member for the California Committee for Sexual Law Reform which supported Willie Brown to pass legislation repealing anti-gay sodomy laws in California.

To this day Beth is an unsung heroine in the history of LGBT+ folk and the trans community. She fought for lesbians and now it is us trans folks in the UK that need lesbian support from an unrelenting battle against TERF's and UK media.

We come in peace, like Beth Elliott, wanting only to do good - there is no invasion of women's spaces no erasure of women or lesbians for how can we, why should we? -  erase facts of the diversity of life?