Informative and down right honest. Easy to understand and relate to. 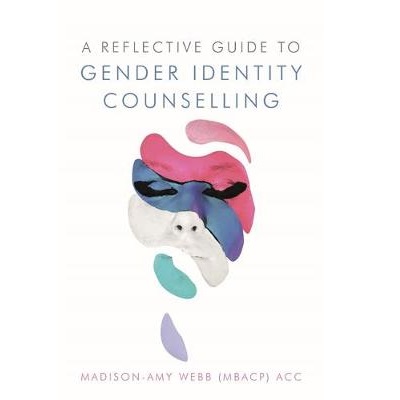 It was not until the coronavirus pandemic hit the UK that I started to become an avid reader.

The book Whipping Girl by Julia Serano was my first big read.

Still, I must admit the next two books did not work for me and to be honest, I don’t wish to review either because they were so painful I could not finish either. So, when I rechecked Amazon for more suggestions of ‘A Reflective Guide To Gender Identity Counselling' by Madison-Amy Webb’ stood out to me and I hoped her book would be better than the previous two I had attempted.

While I have no interest in being a counsellor, I am far too long in the tooth to go down that route, I, like all trans folk, have been under the microscope of counsellors, psychiatrists, and psychologists. So, I wanted to take a view from the other side of the fence, so to speak and just see what makes them “tick”.

I also believe that knowledge is power, and with a personal verbal battle scheduled in my life with some “Women’s Places” representatives, I wanted to build on the teachings of Julia Serano.

And in this regard, Madison-Amy Webb’s book worked for me. It is indeed a very informative book even for those who don’t work as a counsellor.  I would love to give it five stars but sadly, I can't, for reasons I will explain later.

Now it is evident that Madison’s journey and my own (together with other trans people) have similar journey patterns. It is significant that she can speak in two voices in this book, firstly as a transsexual woman and secondly as a qualified and very knowledgeable counsellor. While I can’t share her experiences to her addiction to alcohol or indeed the terrible rejection, she experienced from her family and in particular her father; I also found myself saying very often…"Yes, Madison, I know exactly what you mean".

The book is exceedingly well researched, and I found the section about animal diversity particularly intriguing. I had no idea there was so much diversity in life but have always considered myself (to put in crudely) 'a lump of meat' so I can identify to being an animal as well as a transsexual.

A Reflective Guide To Gender Identity Counselling opened my eyes that being trans ‘is natural’ and Madison’s observations gave me huge comfort.

I also liked the way that Madison validated both the writings of Julia Serano and the trans medical service GenderGP to whom I owe so much.

Her explanations of the TERF wars, the history of trans issues, and of course, her 'dig' at the lack of gender services within the NHS were also something I could relate too.

I also share her view that there may well be underlying issues why so many young kids are coming out as trans. Are we selling “trans” too much?…I don’t know, but I do believe if a child has a gender identity issue, it should become evident to parents and carers without the idea being put into their head.

Equally though, we do need to make sure children are aware of gender diversity as well as sexual orientation variances, so a careful balance of teaching is required. Kids must learn that being gay, intersex, queer, or trans is okay; otherwise, we risk escalating depression, self-harm and suicide, and that can't happen either.

The days of ‘Section 28’ must never be allowed to return, and while I was a huge admirer of Margaret Thatcher for well over two decades, I now believe so much of what she did was wrong.

Madison’s book explains so much, and in many ways, it compliments Whipping Girl by filling in the gaps in reasonably easy to understand language, which perhaps, is a niggle in Julia’s writings.

So why not five stars?

Basically, I have two significant issues with Madison's book.

Madison suggests the idea of ‘dropping the T’ in LGBTQI+ something I am very much against. While I fully appreciate transgender people have a different issue to our LGB brothers and sisters, we have something that binds us very tightly together… in that, the same groups of people attack us all.

In June 2019 Melania Geymonat together with her partner, Chris were attacked on a London bus by a group of yobs.  The incident got massive media coverage, and quite rightly, we were all appalled by the images bloodied faces.

But had it been two trans women on the bus instead of a gay couple like Melania and Chris is it unreasonable to believe the resulting attack would not have been even worse?  So, for me, the T stays!

My second issue with Madison is her letter copied into her book which she sent Prime Minister May regarding the reforming of the Gender Recognition Act (GRA) which I accept was written in good faith but sent shivers down my spine.

Madison’s letter implied there was little wrong with the 2004 GRA, and I do not share this view. I think there is a lot wrong with it, and I think most people in our community would share my opinion as well. Indeed given recent events, I would like to think Madison herself regrets what she wrote.

The book has increased my knowledge threefold, and I would love to give Madison-Amy Webb's book ‘A Reflective Guide To Gender Identity Counselling' 5 stars, but sadly she will have to live with 4.7 stars and my heartfelt thanks for writing it.