Feminism will one day, be a family again. 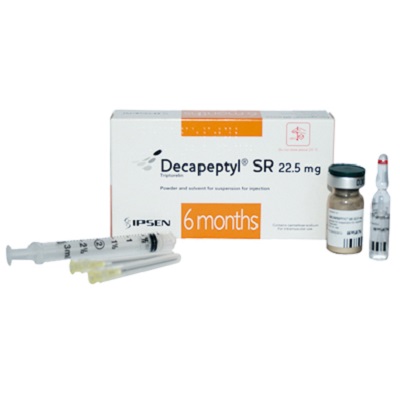 I was first introduced to cancer as a young teenager. I guess I was about fourteen when my mum was diagnosed with bowel cancer. After surgery, she survived only for its return about three years later requiring a further operation. As I write this (October 2020) my mum is still with us, aged 95 and a royalist to the core - she is determined to reach 100 and get that telegram from the Queen!

But many of my family have not been so fortunate. My first wife Lin (though by then divorced) contracted cancer, lost a limb (to try and stop cancer from spreading) but died very soon afterwards. She was ravaged with cancer.

My dad died of prostate cancer as did my brother in law too. So when my wife Jen contracted ovarian cancer, I was, as all husbands would be deeply concerned. After having surgery (yes she did lose her cervix, a total hysterectomy), things were going well and then in 2015 she was diagnosed with perhaps the worst of all cancers - pancreatic cancer.

Like all husbands, wives, and family would do, I started doing desperate research. The doctors were adamant in their approach - Jen was one of the "lucky" ones - she could have surgery, but certainly, with no guarantee, it would work - a massive operation called a "Whipple's."  It involves taking the head of the pancreas and is such a specialised surgery that few surgeons in the UK can do the op. Then followed months of chemo mixed with my "homemade" remedy, which I had researched online - a frozen grated lemon every morning for breakfast. Five years on Jen lives - she is healthy and well.

Personally though (touch wood) I have not yet contracted cancer, and of course, I hope desperately that will remain the case. But by being "trans," the truth is I am indirectly playing with cancer every single day.

Looking at "my treatment" for being trans most drugs, hormone therapy and surgery have strong links to cancer. If you have read My Story on this website, you will have noticed that I was initially refused permission to have surgery because I was not deemed to perform femininity enough. My "crime" was to wear female clothes to visit my mum that was gender-neutral, not to wear a wig or makeup. In the eyes of the psychiatrist, I was not being a woman enough - he did not accept that a woman in her nineties, who is partially deaf & blind, with dementia should be immune in knowing her son was trans.

To prove my femininity, I was offered the chance to have Decapeptyl injections. For men, they block testosterone. They cost about £500 each - every twelve weeks a painful injection in a rather sensitive part of one's anatomy.

Decapeptyl has lots of side effects and is used to treat prostate cancer. I dont recall how many injections I had, but I guess I had them for the best part of two years. Once my femininity was proven (in part because I also went to see a different psychiatrist), I was offered an "orchie" - castration - meaning no more Decapeptyl. But this surgery has a link to cancer too. Sometimes the more serious prostate cancer but more often when men contract testicular cancer.

And losing "one's balls" comes with a price too. As I am a trans woman, I am obviously prescribed estrogen - this is for life - that increases the chance of breast cancer over time, quite considerably.

So despite all the connections to cancer, would I change anything?

And the answer is no; I would not. I love estrogen and doing a straw poll on Twitter recently all trans women respondents agreed Estrogen made them better people, far less angry and at peace. In my case the risk of prostate cancer (which for various reasons for me personally were quite high) has diminished, I no longer have prostate issues regarding urination, and with the HRT I feel feminine. I am happy.

But like us all, I am not out of the woods - far from it. Cancer strikes 50% of us, and we all have relatives, friends and work colleagues who have suffered, sometimes died, from this abhorrent disease.

And when the "terf war" is finally settled (it will never be won by either side) - I am just hoping that more of my time can be devoted to supporting cancer research and cancer patients.  Perhaps through Macmillan, who helped Jen and me through the turmoils of pancreatic cancer.  And if not working to help defeat cancer there is also the issue of patriarchy - of women suffering sexism.

And I have a Gendercrit friend who will work for these causes too - feminism will one day, be a family again.