Stats show we are 50% less likely to commit a sexual offence than cis people. 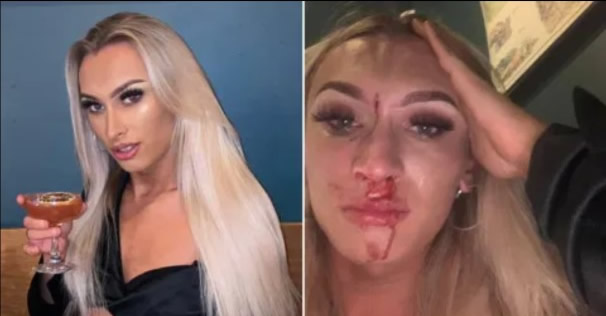 Now and then, like all writers, I produce a bit of work that I feel is very significant. And that is the case with this article which is based on a blog I made in early October 2020.

It concerns the subject of trans people being portrayed by authors such as J K Rowling as potential criminals, abusers, predators, murders and pretty much anyone nasty under the sun other than decent law-abiding people. But it is not just authors and transphobic writers who portray this image - it is also selected newspapers often owned by Rupert Murdoch - or gutter press newspapers like The Daily Mail.

What drives these people to do this varies somewhat. Some are, as mentioned transphobic, some do it for commercial reasons - to make money, and some people like J K Rowling do it because they fear trans people are somehow devaluing women's rights.

Whilst most of society and in particular, the younger generation understand trans people are just ordinary people we do therefore have "enemies"- those who are in fact predators against fellow human beings.

So I started to do some basic research on transgender crime and in particular sexual offence crime. Now before I get to the nuts and bolts of the matter lets me declare I am no angel for in 1984 I did get three points on my driving licence, but so far that is it - so I am not precisely squeaky clean, but I am suspecting you the reader are not either.

So here (in the original draught format) is what I wrote for my blog on the 4th of October 2020:-

Throw enough mud - and it sticks.

And that has been exactly the strategy of the TERF's and gender-critical in the "Gender Wars."

One of the most common allegations (if not the most common), is that trans people (and trans women, in particular) are rapists, predators and abusers. That we put on a dress to attack women - and that they dont feel safe close to a trans woman.

The TERF's insists all women feel the way they do - but the truth is the vast majority of women feel very safe around trans people and know that it is trans women who are attacked far more than cis women.

Most TERF's know they are lying - but the bottom line is many are transphobic and will use any excuse to discredit transgender people.

Invariably, the TERF's and gender-critical quote just two incidents. One is Karen White, a UK transvestite (not a trans woman) who assaulted two fellow inmates whilst held on remand in Wakefield prison. The second is Jessica Yaniv, a Canadian who had a long history of being a trouble maker.

Now I am not going defend either of these "individuals" - they are criminals, but we do need to put everything into perspective because whilst there are trans wrongdoers lets not forget there are plenty of cisgender rapists and murders such as Harvey Weinstein, Fred West, Rosemary West, Dennis Nilsen, Ian Brady, Ian Huntly, Myra Hindley, Peter Bryan, Steve Wright, Robert Black, Harold Shipman, Peter Sutcliffe, Angus Sinclair, Mary Bell, Michael Bell, Roy Whiting, Stuart Cambell and Levi Bellfield to name just a tiny handful.

In England & Wales, the prison population is (at time of writing) 82,634, and there are currently 13,359 prisoners convicted of a sexual offence. The 13,359 includes 60 sexual offence convicted "trans" prisoners.

The term "trans" is an extensive umbrella term. Trans women & men (transsexuals) dont consider transvestites (who get a sexual kick of putting on female clothes) as one of us. TERF's conveniently forget this when they portray us.

Indeed I am physically & chemically castrated, so sexual pleasure means nothing to me at all - I could not physically rape. And indeed, that is the case for lots of bona fide trans women who have had sex reassignment surgery.

What our opponents also fail to do is compare trans crime to cis crime which is a far better barometer of the facts.

Here is a reasonably simple calculation working on the basis that 1% of the population is trans.

Now, these stats clearly show that cis people are twice as likely to commit a sexual offence as trans folk.

Looking at general crime I will not bore you with the stats but trans people do have a marginally higher crime rate.  However, we are looking at just 0.09% - that's less than one in a thousand people. That is hardly surprising given the number of young trans people living on the streets because of non-accepting families who kick their sons and daughters out of the house because they are trans. These people are desperate so I expect many turn to petty crime just to live.

And what happens when transgender people are put in a UK jail?

Well, 91% are housed in prison the opposite to that they identify as. In other words, most trans women are (disgustingly) in men's jails.

And then they get physically attacked.

In fact, trans people are also attacked in prison on a very regular basis. The BBC reports there is a serious assault against a transgender prisoner roughly once per month.

But attacks against transgender people dont occur just in prisons - they happen very regularly on the street, in pubs and clubs too. The UK Office of National Statistics says transgender folk are at twice the risk of a crime than cis-gendered people.

And quite frankly the trans community are cheesed off of being accused of being sexual predators, rapists and murderers when the statistics show we are not.

Let's face it if you are trans the very last place we would want to be is in prison.

So the next time you pick up a newspaper or book and read about a transgender offender can I ask that you consider just two points. Is she a trans women or transvestite?