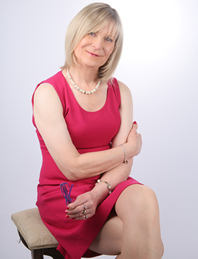 Between Claire, Paul (Co-Editors of this website) and to a lesser extent myself, we had a bit of a "pile on" yesterday & this will probably continue today - so this short explanatory statement is for those currently attacking us.

(1) Stephen Woods, known as Karen White, was not transgender. A link to my article is HERE.

(2) As my article on Woods explains - some minor incidents did occur when he was in the female estate, and in consequence, the Prison Service admitted that they made mistakes and apologised. No one doubts Woods is a sex-offender of the very worst kind. The Prison Service reviewed its policies towards trans prisoners and updated them on the 27th of January 2020. In consequence, even prisoners with a Gender Recognition Certificate CAN be housed in either estate. Quite correctly, prisoner safety is now their prime objective, but this does not stop a trans woman from being sexually assaulted in the male estate on average every thirty-three days.

Section 4:67 of the current MOJ policy regarding trans prisoners says this:  "It may be necessary to locate a transgender (male to female) woman with a GRC in the men's estate."  A link to the full policy can be seen by clicking HERE.

(3) The term "Self-ID" invariably relates to the Gender Recognition Act 2004 and its much-needed reform to enable the applicant to obtain a Gender Recognition Certificate (GRC). Just 1% of trans people have a GRC because it is just so difficult to obtain. A GRC just changes a birth certificate - NOTHING ELSE.

Having a GRC does not mean the applicant can get access to a single-sex space. The 2010 Equality Act controls access to spaces, NOT the Gender Recognition Act 2004.

Self-ID works perfectly fine in many countries across the world. In England & Wales (assumably Scotland too), any successful applicant is bound by Section 5 of the Perjury Act 1911.  If they digress from the terms of the GRC (such as not living in the new gender), an applicant can be prosecuted - the maximum penalty is an unlimited fine and/or two years imprisonment.

Finally, some personal notes about me, Steph. I am 69 years of age post-surgery trans woman. The image above, taken in 2019, is me! I have a driving licence and passport indicating I am "f" for female (I don't make the stupid binary rules). I do not have a criminal conviction - my only brush with the law was in 1984 when I got three points on my driving licence. My hobbies are writing and singing (I am a contralto) - my signatory songs are "I Dreamed a Dream" and "Send in the Clowns." I do not have a GRC (it is so difficult to get one), and this makes me sad. I can live like a woman, but amazingly cant die like one. Previous to becoming an openly trans woman I lived in "stealth" - meaning I was accepted as a cisgender woman and took the same risks as a woman. I do know what it is like walking down a dark street at night! Women are always at risk from men - they do not need a GRC to attack women or to get into same-sex spaces. Also bear in mind 94% of attacks against women are perpetrated by men we know!  The biggest risk is in the home.

There is one further issue. I am now a trans right activist. I campaign for GRA reform because I believe it is inherently unfair. If I applied for a GRC using a procedure I campaign against, I am, in fact, prostituting myself - principles matter.

You can read my full story HERE.