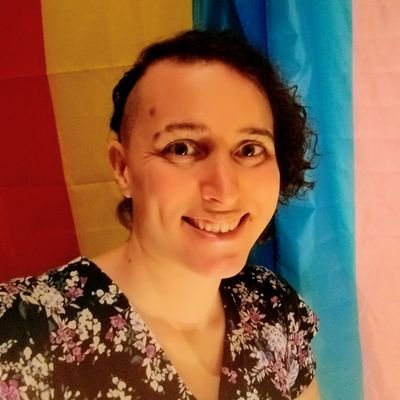 It is always constructive to meet with members of other political parties. Sadly, some see it as courting with the enemy - forgetting that most of us, yes, even the odd Tory, are members of their party to improve the lives of ourselves and much more importantly those around us.

Meeting with Kathryn Bristow was a pleasure I eagerly awaited. As a Green party member, liberation officer for LGBTIQA+ Greens and Co-chair of Green Party Women, it was pretty apparent that we would share very similar views on many issues from the onset. Of course, both being trans was an immediate connection Kathryn confirming she knew that she was "different" from other kids at the age of six. “Obviously, I could not put a name to it at such an early age in the 90s” she told me, “but I lived with it for so long, and when I came out, it was like weights were lifted from my shoulders”. Now a very young-looking thirty-one Kathryn Bristow has a strategic plan on what she wants to do with her life.

Kathryn enjoys outdoor events like climbing, hiking, and the odd bit of kayaking. She is very much in love with the city of Bristol after attending the University of the West Of England (UWE) - moving down from Brighton.  We shared a joke about the lack of parking at their huge Conference Centre where in my previous life I had the pleasure to give talks on several occasions.

It always strikes me that people who were born or lived by the sea somehow finds it difficult to move inland and Kathryn bears testimony to my thoughts. Kathryn loves working with people, and when her dream job of helping trans people with GenderGP became available, she quickly applied and was successful. Puberty blockers became an immediate subject that I turned to, wondering, given the Keira Bell case, if there had been a massive workload increase.  “We’ve seen some increase” replied Kathryn. We talked about the Bell case judgment, and both agreed that it is wrong that judges are making medical decisions, “this kind of intervention in young people’s healthcare is unheard of especially when they are Gillick, have a supporting, loving family and the health professionals agree it is the right course” Kathryn added. In the UK as in other countries, "the law" has preference over everything and whilst we would all accept, we must live by the law it suddenly struck me that if judges started to perform surgery, we would all be in heaps of trouble!

Kathryn loves her job as a Pathways Advisor, meaning she is involved in trans journeys from the onset. She comes across very much as a 'people person' - non-judgemental and happy. "I get a lot of satisfaction in making a difference in people’s lives," she said “and what we do at GenderGP makes a huge difference. Trans healthcare via the NHS is broken." Again, this is something we would agree on 100% - indeed GenderGP saw me home after the NHS and another private provider closely associated with the specialists at Charing Cross failed me. Often when I speak to the gender-critical, they slate GenderGP. I always wonder what right they feel they have in other people’s healthcare given GenderGP is a private service. Should anyone object to their private dentist, for example? It would be intrusive.

We started to talk politics, and a slight division between us appeared. Kathryn is a huge European and has the ambition to be an MEP if and when we re-join the EU. To be fair, given what I was learning all about her, it is a job I could see she was very suited. I did not have the heart to tell her I was one of those that voted for Brexit. Looking back, though, it is something I regret. In the main, as you get older, you do get wiser, but when some people lie to you (Johnson & Gove I am looking at you), it has a knock-on effect.  Kathryn accepts it will be a long time before we may re-join the EU, but calls to do so will undoubtedly get louder. In the meantime, she has her eyes firmly set on being a Bristol councillor one day, and I suspect it is another job she would be brilliant at.

Kathryn went on to talk about her hopes and ambitions for the environment (something, of course, the Greens take the lead on), black lives matter, domestic violence and feminism. When asked if her opposite number as Co-chair in the Greens is a gender-crit, she said that she couldn’t talk for their personal views but was willing to work on advancing the feminist issues they agree on. It always concerns me that many in society see feminism as a woman's issue when, in reality, it is about inclusion and fairness for us all.  Naturally, women are the priority in feminism because the simple fact is patriarchy is so apparent in the workplace and within society at large but true feminism also means inclusion. And I maintain that the gender-critical are not feminists even though it is a label they like to include in their mantra.

In being elected as a Co-chair, she has already taken huge "stick" with even Glinner (a leader within the upper gender-critical cult) taking an active role in giving her a hard time. When elected Kathryn experienced massive support for sure; gaining over a thousand Twitter followers overnight - but with that fame comes a price and the gender-critical "pile ons" were enormous.

We talked about how the Greens already has a large membership within the LGBT+ community, and Kathryn certainly believed that it will grow given she can now show that the party is inclusive and will continue to make it more so. We also discussed "gender ideology."  "Yeah - what is that" she questioned. And what a good question that is. This slur again invented by the gender-critical that has somehow sneaked into the debate un-noticed. It is a phrase that I am personally going to challenge time and time again in future. Because the definition of ideology is an 'ideal' or an 'idea.' People are not an ideology we are biology. If, for example, I used the phrase "women ideology" there would be rightful outrage that women did not exist!

I have to say I have gained a lot of respect towards the Greens for electing a trans woman into a responsible position in their party. OK, Kathryn is not a trans Deputy Prime Minster like Petra De Suter, but she is in office and wants to make a difference in people’s lives. For women in the Green Party - Kathryn’s agenda is very well known - a clear reason why she was elected, but for trans folk, her views are much more obscure.

"Trans healthcare" is my priority; she said immediately when asked about progressing trans rights. "I see the damage NHS healthcare causes people daily with huge queues that result in a deterioration of peoples mental health". "GP's could do so much more by prescribing hormones, but it is infrequent that they do despite the fact that help is available for them."  Kathryn went on to say that trans acceptance in society is also important to her. Heavily critical of the transphobic hate groups (we know who they are) she reiterated that no one had the right to exclude people or talk about other people’s existence as if they did not matter.

Working as she does as an openly trans woman for a trans healthcare provider and as Co-chair for Green Party Women I was left with the feeling that she must take more abuse from the gender-critical than many of us see in a lifetime. "Just why do you do it" - said I. Kathryn replied, "I do it for the next generation - for all the young trans people, those who follow in my footsteps and to make a difference for our future."

We parted as friends sharing the same ethos.

We do it for the trans kids.