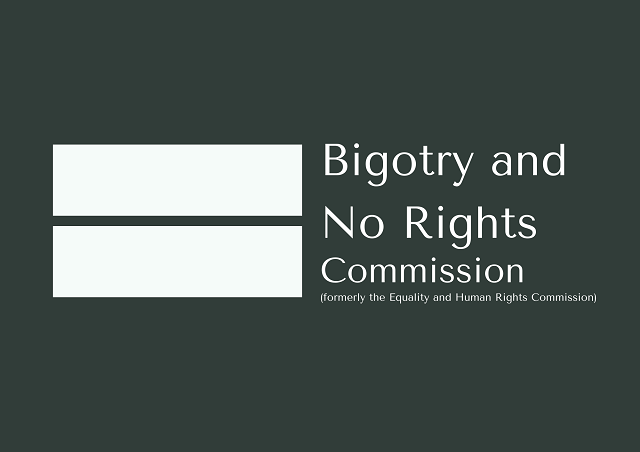 We were saving this article to release over the weekend, but as the cat is now out of the bag thanks to several intrepid trans Twitter users and the fantastic Trans Safety Network, let's take a deeper look at some of the evidence of the EHRC’s apparent collusion and conflict of interest with trans hostile lobby groups that we have uncovered.

On 21st May 2021, someone at the notorious trans hostile ‘charity’ LGB Alliance emailed Baroness Falkner, indicating that they were unhappy with the wording around the item detailing the failure of GRA Reform on the EHRC’s Human Rights Tracker. 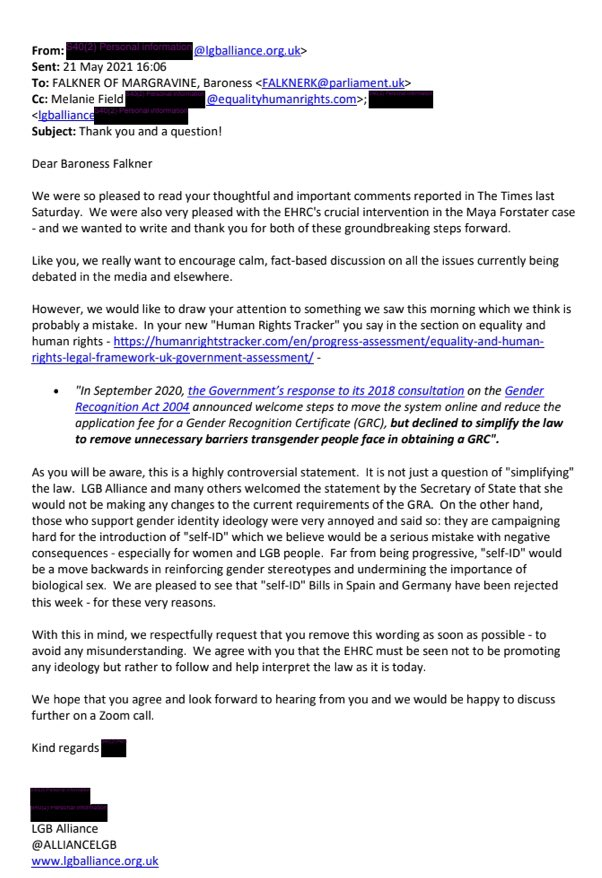 On the face of it and taken as a single instance, it doesn't seem such a big deal. However, taken in context with other information from both this email and other instances it presents a much more alarming picture.

The first thing to note is that the email itself was sent to Baroness Falkner’s parliamentary email address, and not to her EHRC email address. Given the nature of the email was to do with her work as EHRC Chair, we have to ask whether this was done in a deliberate attempt to evade scrutiny and to hide working directly with LGB Alliance?

If it wasn’t for the fact this email had also been CC’d to Melanie Field at the EHRC then it would never have come to light via Freedom of Information requests.

The second thing to note is the nature of the wording change demanded by LGB Alliance.

The images below show the before and after wording change.

(Note, this can also be found archived here on 27th May 2021 prior to the change occurring : https://web.archive.org/web/20210527155146/https://humanrightstracker.com/en/progress-assessment/equality-and-human-rights-legal-framework-uk-government-assessment/)

As we can see, the wording has changed from factual ‘declined to simplify the law to remove unnecessary barriers transgender people face in obtaining a GRC’ to the vague, trans hostile ideology aligned ‘declined to de-medicalise the system for legal gender recognition or move to a system of self-identification that some groups have been calling for’.

While the first part is actually more accurate in identifying one of the many barriers faced by trans people in obtaining legal recognition, the second part attempts to downplay both the nature of the reform and the widespread support for it.

Thirdly, we then have the fact that the EHRC then changed the wording without any apparent argument. Just this one email shows that the EHRC Chair appears to be working in direct collusion with the trans hostile ‘charity’ LGB Alliance, apparently changing official EHRC documentation at their direct demand.

This in itself may also represent an apparent undeclared conflict of interest.

There is absolutely no mention on Baroness Falkner’s register of interests (Document ‘Reg2 - Falkner’, live copy here) of working directly with either LGB Alliance nor Fair Play for Women, something that is explicitly requested in Section 3, Non-Pecuniary Interests under both ‘campaigning groups’ and ‘charities and other voluntary and community sector bodies’ 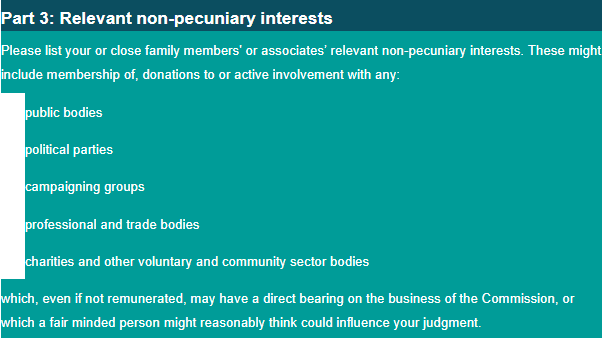 And lastly, theres the fact that the tracker was changed post publication without a word of the amendment being noted on the page itself - a startling lack of transparency.

Is there more? Of course, there’s more.

Because this isn’t the first time the EHRC Chair has utilised her parliamentary email for EHRC work.

This document includes exchanges providing her direct email contact information, as well as switching to her parliamentary email mid exchange to ask for direct phone numbers for ease of communications, and indicating Falkner is ‘Happy to work together’ with the trans hostile lobby group ‘Fair Play for Women’.

There are several other curiosities in this document too that appear to indicate utilising back channel communications.

It all adds to the mounting evidence that the EHRC, its board and current chair appear to be working hand in hand with trans hostile groups to undermine the human rights of transgender people in the UK.