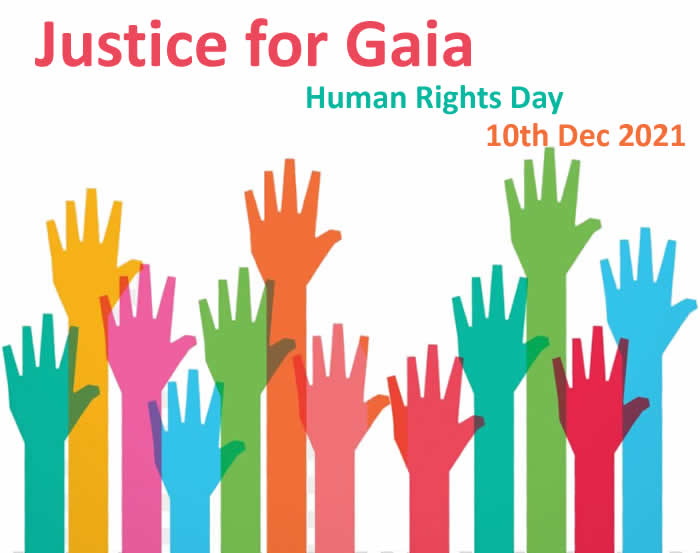 In December 2015, a brave young seventeen-year-old, Gaia Pope, supported by close family, reported to Dorset police that she had been raped. Prepared to go through the traumas of giving evidence in court, Gaia did what most women do not do, even though all should - report it.

Knowing the unsolicited trauma she faced, reporting a rape should be enough for Dorset police to have taken the allegation very seriously. No doubt they will claim they did, but nationally the statistics suggest they do not, and in Dorset, where Gaia reported her rape, it is clear there is a serious issue.

The shocking fact is that within the period 2010 - 2020, the number of sexual offences reported to the Dorset police has doubled - but the number of perpetrators charged has dramatically fallen by over 50%.

Gaia did much more than most to bring her perpetrator to justice.

Still, it was not enough for Dorset police, and some six months after making the report, Gaia's case was dropped like so many others. Put in simple terms - out of every 47 reports of sexual abuse and rape reported, just one perpetrator is charged by Dorset constabulary.

After hearing her case was not proceeding, distressed and threatened, Gaia's mental health severely deteriorated. In November of 2017, she went missing in Swanage, Dorset. She was last seen running past a house - caught by the homeowners CCTV system.

A massive search of the Swanage area commenced, with many local people joining the hunt for her. Nine days after going missing, some of Gaia's clothes were found by a coastal path less than a mile from her last sighting. Sadly two days later, her body was discovered nearby. At an pre-inquest review hearing held a few days later - it was determined that Gaia died of hypothermia.

Why was she let down by the police regarding her rape allegation, especially since the alleged perpetrator has a criminal record involving sex offences? Why was she last seen running, and from what? And when the police found some of her clothes on day nine of the search, why did they not find her body located just yards away until two days later?

There are too many "why's" in Gaia's case - and after years of fighting, Gaia's family has secured a full inquest which is taking place in April of 2022. It is expected to last for ten to twelve weeks, with some 70 witnesses giving evidence.

Obviously, Gaia's family want as many remaining questions answered as possible but accept that they may never know the full facts of why the police decided not to prosecute or why Gaia died in the circumstances she did.

But getting all the answers is not the only part of Gaia's legacy.

Her family are determined to raise awareness that women and girls are no longer safe in the UK. They launched a website, 'Justice for Gaia' highlighting Gaia's case - on which they also publish a guide on how to mobilise support for people who go missing. The website goes still further by calling out our government, which fails women and girls.

Stats vary from source to source and area to area, but without a doubt, since covid violence against women and girls has dramatically increased.

Figures that were already very bad is now simply shocking.

Perhaps this awful picture is even harder to stomach because the police themselves seem to be involved in the abuse, violence and murder of women. In September 2021, The Guardian reported that fifteen serving or former male police officers had killed women in the last twelve years.

While the case of Sarah Everard has received considerable publicity, the case of Claire Parry, for example, did not. Claire, like Gaia, lived in Dorset and was killed by a serving police officer Timothy Brehmer. Indeed this website remembered Claire in our #EveryThreeDays campaign on the 11th of May 2021. Male police officers are involved in rape, too, with The Independent reporting two separate incidents where Met police officers were charged with rape. PC Adam Zaman and James Geoghegan - the latter being found not guilty at his trial - his defence being that the accuser was "playing hard to get".

Put simply; women can not currently have confidence in the police.

Sadly, neither can women have confidence in a Conservative government who has dramatically cut back on health and social care budgets because of their austerity programme. The King's Fund reports that in real terms, financial support has dropped by 25% since 2010, and worse still, the Conservatives continually refuse to ratify the Istanbul Convention, which the UK signed up to in June 2012.

The UK is the only country in Western Europe that has failed to implement what is seen as the "Gold Standard" in protecting women and girls.

Romania, for example, signed up to the Istanbul Convention after the UK and ratified it in 2016. Serbia did it even quicker, signing in April 2012 their parliament ratified it in November 2013. The question has to be asked, how a country considered the fifth richest in the world cannot match Malta, Montenegro and Moldova.

Still, the Tories hold out in improving the safety of women and girls - yes, they did make an advance by way of the Domestic Abuse Act, which recently came into force, but is still refusing to ratify the Istanbul Convention purely on the grounds of investment costs.

And one of those rights is to live in a society free of oppression and violence - where it is safe to walk down the street at night without clinching within your hand a set of keys, the points facing outwards like a makeshift knuckle duster.

Women have the human right of committed government and police support.

Gaia Pope, Sarah Everard, Sabine Nessa - all victims of what is wrong in this society - the lack of humanity and decency by a minority of men tethered to a government that simply doesn’t care.