1st November. You cant see your God - but experts can see our gender. 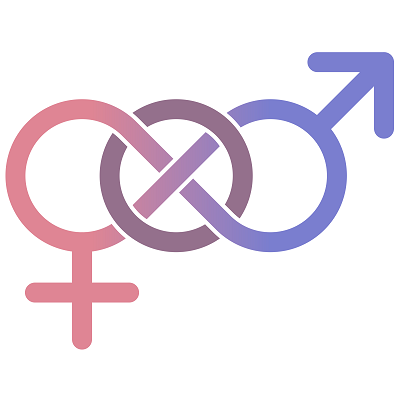 Sex is real - claimed J K Rowling, working on the basis that you can see genitalia - many experts disagree though that this is not the way to evaluate "sex" - but that is for another blog or perhaps an editorial.

But what about "Gender" - a "social construct" in some eyes. Except these folk do not know what Georg S Kranz (and others) know - Gender can be seen!  Georg loves looking at peoples brains through specialist MRI scanners. And his work is quoted on a continual basis by the scientific community.  But it is not just Georg. To quote from The Scientist website "Human studies have found that, in several regions, the brains of trans people bear a greater resemblance to those of cis people who share the trans subjects’ gender than to those of the same natal sex."

Put another way - a trans folk brain often has a closer match to the cis brain that they identify.

In my case, although born a man, my brain is likely (in fact I know), to be "wired" as a woman. The gender I identify in.

The first expert that I can find that started looking at trans brains was Dick Swabb of the Netherlands Institute for Neuroscience. He looked at six trans women brains via postmortem - the brains were closer to that found in a cis woman than a man. Then Julie Bakker of VU University Medical Center/Netherlands Institute for Neuroscience found similar results looking at kids via spatial-reasoning tasks. Some studies then found that trans brains were between the sexes of male and female - but always there appeared differences. But let's look at Georg Kranz.

In conclusion to his exhaustive work looking at trans brains, he said "All available evidence points towards a biologically determined identity" - our gender is real.

Other studies via different methods tend to show different aspects of brain structure for trans folk - but the one point that experts always seem to agree is that trans brains are one way or another are different to cis folk.

Sex and Gender arguments daily occurrences on the Twitter battlefields - but this argument is far from new. Brainworld Magazine said this about different religions and their beliefs going back thousands of years:-

"Judaism lists six genders. Atlanta rabbi Joshua Lesser says that an examination of Judaism’s sacred texts shows that a simple “male” and “female” binary is “inaccurate.” The six genders are:

Their article goes on to report native American believed there were five genders and then comes up with this:-  "Toby Kell, a retired senior radiologist in Needham, Massachusetts (one of the world’s top gender reassignment clinics is in Boston) says about 10 per cent of babies are born with misleading sexual organs. “You may find a child born with female organs, but a large knob where the clitoris should be. The gender identification of babies can be challenging, sometimes a child has the genitalia of both sexes, or the outer appearance of one gender while carrying internal organs of another. Doctors assign one gender and hope for the best.”

Without question experts from various fields of science are intrigued how trans folks brains are wired, sometimes they look at matter or thicknesses of different parts of the brain or indeed other areas using various methods - but the one thing that always seems to show is trans brains are different to cis.  The biological evidence is there - but we can't see it with the naked eye.