How a Mixed Gender Olympic Relay proved Male, but not Trans Sporting Advantages 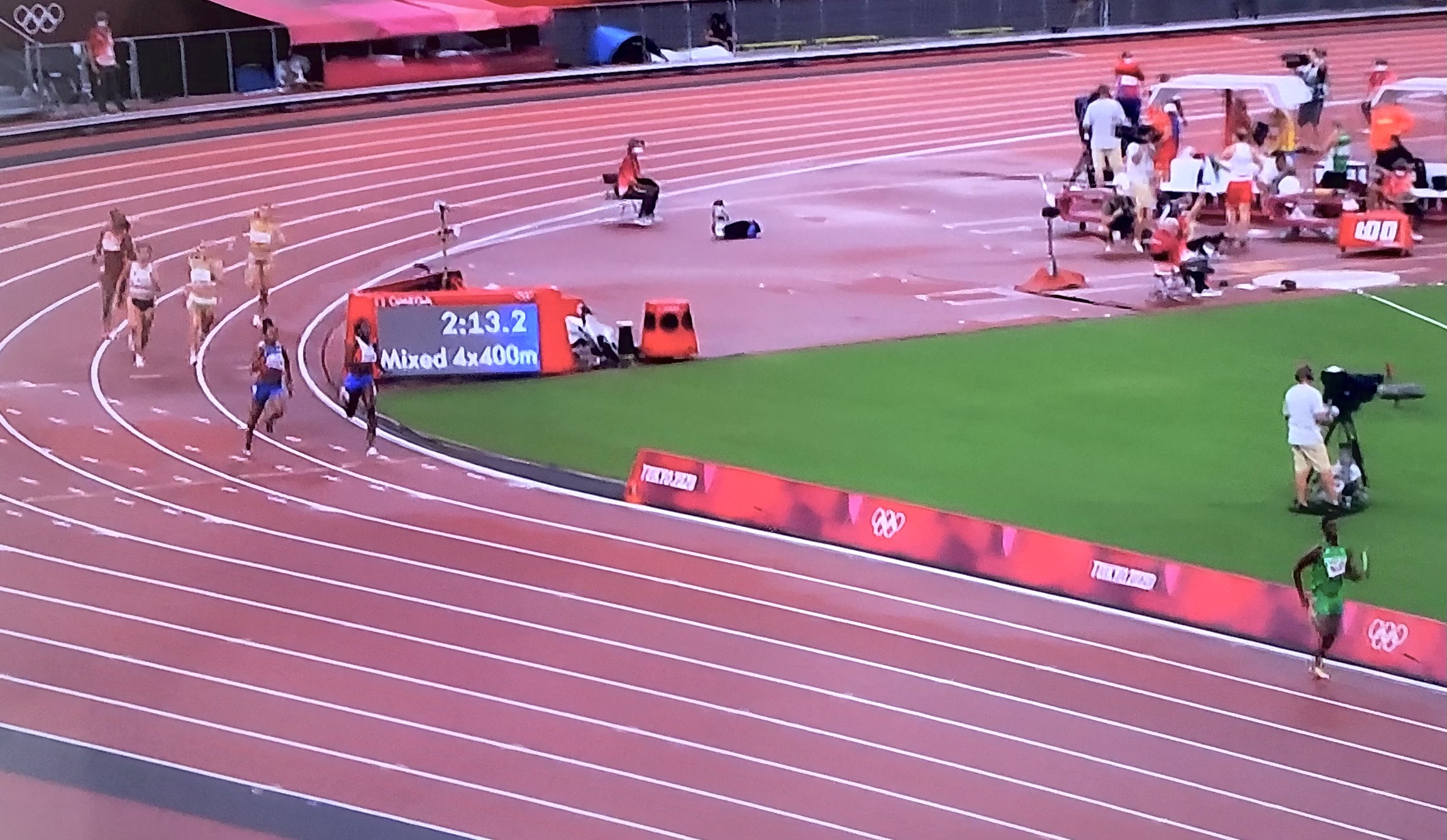 I am writing this article on the eve of Laurel Hubbard becoming the first ever Transgender Women to compete in an Olympic Games - a truly historical event.

And yet, this view will totally overshadow the reality of the current International Olympic Committee’s stance of Trans Women’s acceptance and participation in Elite Sport and in future Olympic competitions.

“The other important thing to remember is that Trans Women are Women. You have got to include all women if you possibly can.” For those of us seeking fairness and acceptance, these are heartening words indeed from the IOC’s medical and science director, Dr Richard Budgett.

Over the next few months, the IOC has stated that they will set out their revised policy for Transgender Inclusion in Women’s Sport, but it is already clear that their starting point is one of fairness (and no one truly representing the trans position disagrees that this should not be the case), of safety (as the current policy and qualification requirements are causing serious health issues to trans women) and of full inclusion (because they fully endorse that Trans Women are Women and sport is a human right).

There will be changes as the current Testosterone level requirements are expected to be lowered from below 10 nmol/l down to 5 nmol/l, and it is likely that rather than a ‘one size fits all’ policy, individual sports will find the right levels to fit it’s specific requirements. But what is clear is that within the IOC, there is an acknowledgement that natural advantages are an accepted part of sport. Any advantages that qualifying Trans Women may have no meaningful impact warrant the level of concern being raised.

Dr Budgett said, “There is some research, but it depends on whether you are coming from the view of inclusion as the first priority or absolute fairness to the nth degree being the priority,” he said. “If you don’t want to take any risks at all that anyone might have an advantage, then you just stop everybody. If you are prepared to extrapolate from the evidence there is, and consider the fact there have been no openly transgender women at the top level until now, I think the threat to women’s sport has probably been overstated.”

Earlier this week, the whole reality of Male puberty advantages was clearly demonstrated by watching the first heat of the Tokyo Olympic Mixed 4 x 400m relay on Friday.

This heat caused headlines because of the disqualification and subsequent reinstatement of the US team. But for me the real story was the direct comparison of Male and Female athletes that this heat in particular helped to clearly demonstrate.

In this Mixed Relay event, almost every team that competes (which consist of 2 Male and 2 Female runners) line up in the following way – they start with a Male athlete, then followed by the 2 Women runners and then the second Male runner runs the final leg. With all teams sticking to this running order there is no visible comparison between the sexes – but in the race on Friday the Nigerian Team decided to make a switch and their third leg was run by Male runner Samson Oghenewegba Nathaniel, which in turn meant that their second Female runner, Patience Okon-George was to run the final leg of the relay.

What occurred in the race was clear for all to see and should be of no surprise to anyone – with his clear Male advantages, when Nathaniel took hold of the baton toward the back of the field, he literally sped past all the Female runners in his leg of the relay – as the image above shows, coming into the home straight Nathaniel had stormed ahead of the field and opened up a 30 to 40m lead over all the Female competitors – they simply couldn’t keep up with him – he had destroyed them.

But when he handed over the baton to Okon-George on the final leg the tables were now completely turned – she now faced 7 Male runners who all had a massive advantage over her. By the time she crossed the line to finish the race, Okon-George had been caught not just by the chasing male runner, but by the whole field – all 7 Male athletes were able to eat up the massive advantage that had been handed to her by the run of Nathaniel.

Never has Male advantages in Sport been so clearly witnessed. This race truly demonstrates exactly how much of an advantage Men have over Women in sport – and of course, this is why there are those who vehemently oppose Trans Women competing within Women Sport because they insist they have all these advantages, and as many have argued, it is clear that even an average Male runner will beat the top Women runners – and on this point they are of course correct.

So you may well ask why I am making this point that surely demonstrates that there is this clear and unquestionable unfair advantage.

And the reason is because Men have the advantage and not Trans Women. This race clearly demonstrates exactly what is NOT happening with races that include Trans Women that have undergone the required treatment to reduce their Testosterone Levels.

The race picture at the top of this article shows Nathaniel on the home straight of the Relay leg and you can see he is some 30 to 40m ahead of all his Female competitors. If, as Gender Criticals insist, Trans Women retained their Male puberty advantages because of their retained muscle mass and bone density advantages, then Trans Women running against Natal Women would result in exactly the same image – so please, show me these images – show me proof where Trans Women, who were even average Male runners, have managed to inflict anything like this in any race.

We are not talking about a new situation – the most recent IOC Policy change to permit Trans Women to compete in Women’s Sport without needing surgery was back in 2015 – 6 full years ago.  In all this time those that are desperately searching for evidence, even in one solitary race, have found nothing remotely comparable to this image from the third leg of this Mixed Relay Race.

They talk about it. They tell us how Trans Women are destroying Women’s Sport and yet in the real world there is nothing remotely concerning to merit the level of rhetoric and outcry. There is no proof and no evidence because it simply isn’t happening, and unlike the UK Media and those Gender Critical on Social Media, the IOC are fully aware of this.

Remember those words spoken by the IOC’s Dr Budgett “… and consider the fact there have been no openly transgender women at the top level until now, I think the threat to women’s sport has probably been overstated.”

The IOC recognise that there is no evidence of Trans Women, after meeting qualification requirements, having any unfair advantage, and so they are now committed to introducing a Policy that truly is fit for purpose.