Is Fair Play For Women a Hate Group? 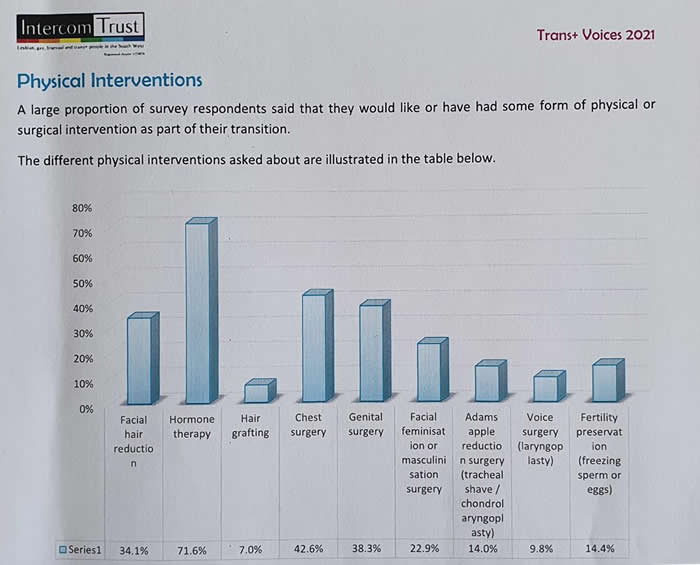 Officially identifying an organisation as a 'hate group' in the UK is neigh on impossible because there appears to be no recognised definition. This could be considered a serious failing by the government, the Crime Prosecution Service (CPS) and the Equality and Human Rights Commission, which are charged with promoting and protecting human rights.

The closest we can come is perhaps a definition of a hate crime from the CPS, which says this:

Any crime can be prosecuted as a hate crime if the offender has either:

With the name "Fair Play For Women" (FPFW), one could assume this organisation is a feminist organisation campaigning against the patriarchy and the oppression of women.

For who can deny that the pay gap is blatantly unfair and that women are oppressed in the workplace and politics? And what about health issues suffering relatively hidden conditions such as endometriosis which affects one in ten women?

Or what about PCOS that has the same stat? Or menopause in the workplace which again affects one in ten women. Or how about the WASPI women who have had to work years longer before being awarded their state pension? All these issues (and many more) demonstrate that women have numerous problems that invariably men don’t share.

Sadly though, it would appear that Fair Play For Women has little or no voice regarding these issues - but they have a big voice regarding trans people, who represent around 0.6% of the UK population.

Visiting the FPFW website, one can't ignore that the word "trans" or "transgender" is very prominent.

To reinforce this point during September and early October 2022, we analysed all their primary articles on their horizontal menu bar with the titles Prison, Sport, GRA (meaning Gender Recognition Act), Language and Changing Rooms and discovered an interesting fact.

We Googled "what is the average sentence length", and whilst we didn't get a definitive answer, we learnt that most sentences range from 15 to 20 words. Based on 18 words in a sentence, that would suggest that, on average, 'trans' appears in every fourth sentence within the articles we checked.

The most prominent word within the articles was 'transgender', but other words included 'transwomen', 'transwoman' and 'transsexual' as well, of course, just 'trans'. The emphasis, though, is clearly on trans women.

One must wonder if a website targeted black people in the same way if it would be deemed racist and acceptable in society?

Or if it targeted Jewish people if it, would it be considered antisemitic? Antisemitic means (according to Google) "hostile to or prejudiced against Jewish people".

So, is Fair Play For Women hostile or prejudiced against trans people?

Because if it is, that is most certainly transphobia which Google defines as "dislike of or prejudice against transsexual or transgender people".

We also wonder why, if FPFW is concerned about women's safety, they don't appear to highlight violence against women and girls. They highlight prisons, though, with some 80,000 people incarcerated, 96% of whom are men.

There are just 197 trans prisoners in England and Wales, a likely mixture of trans women, trans men, non-binary and intersex - some 0.246% of the prison population. This statistic suggests (given trans people are 0.6% of the population) that trans people, in general, are very law-abiding - indeed, much more so than cisgender people!

Perhaps even more surprising is that the Equality and Human Rights Commission, the UK government and other organisations take advice from FPFW. Would they take advice from the British National Party on race issues?

Looking more closely at the CPS definition of hate crime, we wonder how much "hostility" needs to be demonstrated? Is the five letters "trans" averaging circa every fourth sentence, not enough?

And why does an organisation such as the Rugby Football Union (RFU) apparently take advice from them?

On July 22nd 2018, Fair Play For Women produced an article with the grotesque headline: The Majority of Male Born transwomen still have a penis". In the article, they state this:

"This means only 2.8% of the transgender community is undergoing any gender-affirming treatment with the vast majority 97.2% simply self-identity with no modifications to their sexed body whatsoever. No one knows for sure how many transwomen keep their penis, but there are fewer than 10 surgeons in the UK who can undertake the relevant operation".

This information is, of course, nonsense, primarily because all urology surgeons are able to undertake a basic penectomy, it is part of standard care in relation to cancer.

Additionally, many thousands of trans people have travelled to Thailand, Iran, India and many other countries to undergo various gender-affirming surgeries to overcome lengthy waits in the NHS. According to the NHS, there are five different "lower surgery" options for trans women, and in 2021 the Intercom Trust, produced a report for the NHS titled 'Trans Voices – Gender Identity Healthcare in the South West' saying:

"A large proportion of survey respondents said that they would like or have had some form of physical or surgical intervention as part of their transition". The report also states that 71.6% of respondents wanted or were already taking hormone therapy.

FPFW states that most Gender Recognition Certificates are issued to male-born people. The ratio they say is 77% male, 23% Female. However, they use very old data, which gives a false view.

ILGA Europe named fair Play For Women as being an "anti-trans group" - ILGA themselves are defined in Wikipedia as "an organisation who is committed to advancing human rights to all people, disregarding gender identity, sex characteristics and expression".

Fair Play For Women, clearly know that some consider them to be hateful, and they refer to the word "hate" some eleven times in a written submission to Parliament, admitting "we have been called a hate group."

In 2018 FPFW found itself being heavily criticised with a tweet about trans women and "1000 cancers".

Pink News reported saying:" Dr Adrian Harrop, a GP registrar and LGBT+ rights campaigner, told Pink News: "It has been clear to many of those involved in working with and advocating for the trans and non-binary community that 'Fair Play For Women' and other similar groups are motivated entirely by transphobia — a hatred for and a desire to erase trans people from our society".

We believe that the government should take action to stop the spread of hate against LGBT+ people, especially trans people, who make up such a tiny percentage of the UK population and seem to be under constant attack by the media. We also believe misogyny should be a hate crime.

Recent figures state that hate crimes against the trans community have increased by 56% in the last year and some 7900% since 2013.

As an organisation, we certainly wish to promote the rights of women, who, without question, suffer discrimination on many levels..  Clearly, this is wrong - women's rights are indeed human rights!  We also support the rights of single-sex spaces as per the Equality Act 2010.

However, everyone in society should be equal. We condemn any organisation that seeks to remove human rights or target other people simply because of a difference.