A hard call, but kids should be heard. 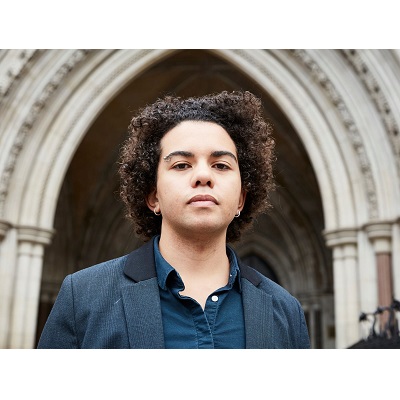 NOTE: This article was written before the Bell case was successfully appealed on the very grounds I set out.

When I decided to become a trans right activist, I also made a promise to myself that I would keep out of the puberty blocker debate concerning trans kids. Children's 'Health and Safety' is a massive issue for me as I worked to protect them for well over thirty-five years. It is the missing part of "my story" on this website for reasons that it can "out" me completely. Suffice to say I am very proud of what I achieved.

Did either community really care about kids or the result?

Kids are beyond gender wars - "off-limits" to both sides as far as I am concerned. Kids are innocent and must be protected at all times.

I was left with no option, though - I started to do my homework - but I hasten to add I am no expert in this issue, and the best I can offer is the experience of being 'trans'. I can also boast that I saw five kids through puberty, my three, plus Jen's two.

My conclusions may surprise you.

Unlike others, I started to look at natal males (boys) and natal females (girls) - not kids, for there is no doubt in my mind that girls are much more "body sensitive" and experience a significantly more difficult pre-puberty and actual puberty than boys. Their emotions can (dependent on the child) fly up and down like a kite in the wind and are also more likely - in my view - to be influenced by peer pressure.

I also feel patriarchy may play a part in girls decisions. Men are wrongly seen as the "king of the jungle" - the chosen ones. Is the potential of being an alleged "second class" citizen, as a woman too much for some?

Possibly...but I truly hope that is not the case.

The Bell case was all about if kids could understand that by taking puberty blockers, they were almost sure to go on and take cross-sex hormones and transition. It is a massive decision because there are some doubts if they are fully reversible, and I suspect it is probable that puberty blockers may affect the brain. But this can be a positive experience and not necessarily a negative one. Some argue puberty blockers may affect fertility. I dont think there is any doubt that without proper healthcare, bone density can be affected too.

The Bell legal team also pushed the idea that the drugs were experimental and the court "bought" into that argument. This was not really true though as puberty blockers have been used for decades albeit mainly for precocious puberty and other issues. We must also remember medicine is not an 'exact science.' Drugs (puberty blockers) are about risk v reward.

The other side of the coin is very different.

A few days after the judgement which basically said young people under sixteen could not take puberty blockers without the court's agreement there appeared on social media and the press dozens of trans kids currently on puberty blockers - all in a huge panic because their treatment was going to be blocked.

One young lady - Keira Bell - had inadvertently and suddenly "sabotaged" hundreds of trans kid's healthcare. In reality, though, she is not to blame.

Then I read the story of GID's patient, someone who had gone through their programme. Her statement contradicted that of Keira Bell 100%, and whilst I will not repeat what she wrote, it was evident here was a person who knew what she was talking about. You can read the full text HERE.

One amazing expert in the field of trans kids health (and someone I have HUGE respect for) offered me a link to the Australian Standards of Care which made complete sense. To see the report click HERE.

Then Reubs J Walsh gave me a link to an article she wrote in the Physiologist - it is a very strong piece but I feel I must endorse it because I lived as a trans kid - so I walked the walk and talked the talk of being trans. A link is HERE.

I started to think if I had had the opportunity as a child would I have wanted puberty blockers and for sure the answer is yes.

There is no question in my mind for kids who are 110% sure they are trans (and the parents and healthcare professionals agrees) puberty blockers can save an awful lot of pain and make transition much easier.

And I am not alone.

69% of all trans women who have transitioned knew they were trans before they were fifteen, and the percentage reaches 72% for trans men. These are not the stats from the UK either. They represent Europe as a whole and were presented by the EU in June 2020 (link below).

I have to say I believe the Keira Bell judgment was WRONG. Possibly not for Keira herself - I accept she was (and possibly still is) a very confused person, after all, she was SIXTEEN when she started taking puberty blockers and at that age, there does come some responsibility - yet GID's did not pick up her frailties. I started to think about the James Bulger case. As a society, we held two TEN-year-old boys to account. But here was a sixteen-year-old not taking some responsibility for her actions and successfully blaming others.

But the Bell judgement for GENUINE UK trans kids is devasting.  Their lives are now more difficult. And I blame the Judges.

Judges have NO RIGHT - to interfere when they are NOT qualified to do so. Three CIS judges are not trans judges - they have not lived a trans life nor have any medical training.

I recall once being in court as an expert witness and overhearing a lawyer saying to a man "You don't get justice in this court you get a decision."   And that pretty much sums up the Bell case.  Three cis judges have interfered in medical issues and put themselves above kids healthcare experts, parents and the kids themselves.

Had they suggested an ombudsman, who is an expert in kids/trans healthcare issues I could have lived with that. But judges who know diddly squat about being trans as a kid are not the right people and in consequence, I condemn their "wise" Judgement for what it is.

Puberty blockers are a hard call for experienced healthcare professionals, parents and kids who may well not understand the full consequences of taking them. NHS trans healthcare for both kids and adults is not fit for purpose - but we must not forget that Keira Bell is just one person who had a negative experience and my God there are hundreds perhaps thousands of kids in the UK thankful for puberty blockers.

But if kids say they are trans and do so over a long period of time that it becomes evident that they are - then puberty blockers are the right course of action - but with natal girls, just take that extra, extra mile to be sure - I suspect their cases are different to that of natal boys.

Getting them prescribed though is a completely different matter - thanks to three "wise" judges who do not have a clue what it is like to be trans.