And of course he is right. 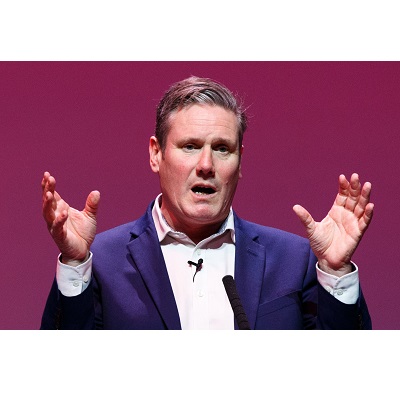 Yesterday Kier Stramer, the Labour Party leader, appealed that the gender wars should end. He suggested that TERFs and trans should "stop throwing bricks at each other".

And of course, he is right.

There have always been binary thinkers, and while I do not agree with them and firmly believe in a couple of decades, binary thinking will be almost extinct abusing each other is just not going to help. The issue of women places or men's places is a matter of when and where.

I can't speak for all trans women; we are all different. But I am finding the TERF war as one that is turning me personally to start to hate people on the opposite side of the debate, and I am going to have to pull back from this position because I don't want to end up like TERF's or indeed some trans - full of hate.

So here are my personal goals in regard to trans rights.

My red lines are toilets and changing rooms - these are not up for negotiation.

Both men and women regularly share toilets in the home, on planes and trains, in small shops and even small restaurants.

And I also know shops (even one small M & S) were changing rooms are shared.

Yes, some larger shops, pubs etc. create separate spaces for men and women, but whatever the layout the average person really don't care.

It is not reasonable to expect a trans man to use women's toilets.

It is not reasonable to expect a trans woman to use men's toilets.

The gender-critical must accept this because if they don't the only other answer is to make all toilets gender-free. Separate toilets for trans people (as has been mooted by the gender-critical camp) is never going to happen because of logistics and costs.

The toilet & changing room issue is resolved by just using common sense - nothing should change.

I fully agree trans women taking part in competitive sport is very debatable. It has been proven that athletes and their coaches will cheat and I would never want to see trans woman compete on an unfair basis against a cis woman. I think it is for a sports governing body to review each case as it arrises.

There is also a case that trans women entering such places as refuges and prisons being scrupulously vetted before entry. The legislation for this already exists by way of the Equality Act. Both cis and trans people have the right to feel safe.

I think the right to Self-id (by the process) is the best way forward. Still, at the time of application, it is not unreasonable that a trans person should demonstrate a proven history of gender dysphoria and as part of the transition live as close to their identifying gender as possible. If a trans person abuses the right of Self-id, they should be prepared to lose that right.

The UK government must be prepared to acknowledge Intersex people as a sex in its own right and be free to live their lives in whatever gender they wish to identify.

Forms demanding a gender or sex must go. Some people don't feel they are female, male or recognise titles like Mr, Mrs, Miss, Ms or Mx. If someone wants to declare a title that's fine....but obligations to declare must be voluntary not compulsory.

If so inclined TERF activists and trans activists should join together to campaign for women rights, this includes fair pay, the cessation of violence against women and other women's issues as each person believes right.

Why both sides currently make this all so difficult is beyond me.