Update: Lia Thomas swims against Izzi Henig, a Trans Man, so was this fair competition? 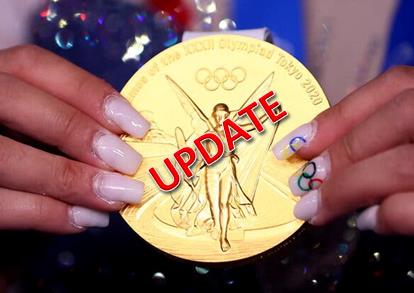 Just a quick update to my recent Lia Thomas article which took yet another twist this weekend – and the headlines this time are all about Women’s Sport being won by a Man, Izzi Henig, who is in fact a Trans Man and beat Lia in two races at the latest US Ivy League Swimming meet.

The Daily Mail reporting of this event included the following headline:

A stunned parent told DailyMail.com : 'I wasn't prepared for that. Everything is messed up. I can't wrap my head around this. The NCAA needs to do something'

This is yet another UK media article portraying a negative Trans image of a Women's Sporting Event bring won by a 'Man'.

So once again, let’s try to look past the sensationalist headlines and find that truth

Izzi, whose Birth Sex was recorded as Female, competes for Yale as part of their Women’s Swimming team. But In April 2021, Izzi announced on his Instagram account that he was Transgender. Having made this decision during Covid conditions, which had enabled him the time to think and decide exactly how he wanted to progress, Izzi explained his decision;

“As a student athlete, coming out as a trans guy put me in a weird position. I could start hormones to align more with myself, or wait, transition socially, and keep competing on a women’s swim team. I decided on the latter. I value my contributions to the team and recognize that my boyhood doesn’t hinge on whether there’s more or less testosterone running through my veins. At least, that’s what I’ll try to remember when I put on the women’s swimsuit for competition and am reminded of a self I no longer feel attached to.”

So his decision was to continue swimming in the Women’s team as there is no reason why he shouldn’t. Until Izzi commenced any hormone therapy, his body would be no different to that of any other Cisgender Women as clearly Izzi has not benefited from either Male Puberty or from hormone therapy that would increase his testosterone levels. Izzi’s initial transition was purely social, and even when he subsequently underwent top surgery, this is not a medical treatment that has any issue with competing fairly with Cisgender Women – there are no qualification restrictions for those that have undergone breast removal or reduction due to health or cosmetic reasons.

The point is that Izzi is competing from exactly the same natural position as every Cisgender Women swimmer – Izzi may identify as a man, and the races were won by a Man, but it was a Trans Man who clearly has no Male advantages that have any impact on him competing with Women. The Daily Mail article gave another quote stating 'Another parent said: 'A man just crushed the women's team.' but then totally failed to correct or qualify this remark by stating that Izzi was not a Cisgender Male and had no advantages - this was an article that clearly set out to attack the justification of any Trans swimmer regardless of theit true position.

Lia on the other hand did go through Male Puberty. Lia did therefore have Male advantages before transitioning, but unlike Izzi, she is now more than 12 months into her hormone therapy and as my previous Lia Thomas article had highlighted, Lia’s performance times are now considerably slower than those pre transition. The impact of the treatment was to reduce her sporting ability, and now competing in Women's events she is winning some races and losing others, and her strength may well be in the longer distances, but to me, this is more evidence of fair competion rather than unfair domination.

So what we have seen this weekend is a Trans Man competing in Women’s events without any unfair advantages, but swimming faster than a Trans Women, who is supposed to be unfairly ‘destroying Women’s records’ - well clearly that simply isn't happening.

In the last couple of months, 22-year-old Lia’s record times have been surpassed by both a 15 and 16-year-old Cisgender Women, and has now been defeated twice by a Transgender Man who has not begun hormone treatment.

What this is in fact showing is further evidence that a talented natal Male swimmer, who was able to compete at a high level with Cisgender Men pre transition, having undergone hormone treatment is now competing at a comparative level with natal Female swimmers. Lia is competing fairly.

So could this be any fairer to all involved? Of course not, but according to that ‘stunned’ parent, ‘The NCAA needs to do something’! What and why?

I can only interpret this to mean they want the NCAA to simply exclude ALL Trans swimmers, whether they be Male OR Female simply because they ‘can’t get their head around it’ – well someone needs to explain – fair competition is based on ‘Facts not Fiction’ and ‘Truth not Transphobia’ and contrary to yet another Daily-Fail anti-Trans article, this is evidence that the IOC ‘s recommendations can work by enabling full inclusion with fair completion regardless of anyone's Gender Identity.