Will it ever be ‘Safe to be me’ living in fear of anti-Semitism or Transphobia? 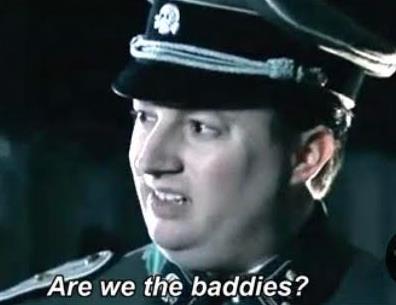 So now Stonewall are under attack. And the main reason is because of their refusal to throw the trans community under the Gender Critical steam train.

The reason for the latest controversy follows a BBC interview with Stonewall head Nancy Kelley. https://www.bbc.co.uk/news/uk-57281448

Her comments were in response to views expressed by EHRC chair, Lady Falkner, claiming that ‘women have the right to question transgender identity without being abused, stigmatised or risking losing their job’.

Nancy Kelley responded stating that whilst Stonewall believed in freedom of speech, it was "not without limit". She said "With all beliefs, including controversial beliefs, there is a right to express those beliefs publicly and where they're harmful or damaging - whether it's anti-Semitic beliefs, gender critical beliefs, beliefs about disability - we have legal systems that are put in place for people who are harmed by that."

Nancy Kelley has since been lambasted for comparing anti-Semitism to holding gender critical views. Those shouting the loudest believe it totally unacceptable to compare anti-Semitism, and so in turn the Holocaust, to the Gender Critical beliefs that ‘there are only two Sexes’.

As someone who is Jewish, I can categorically state that I have no issue and fully support the sentiments described by Nancy. In truth she doesn’t actually say that anti-Semitism and gender critical views are the same – she is actually making the point that both are forms of unacceptable discrimination. And she is completely correct in her statement and nothing in that demeans or trivialises the Holocaust. All forms of discrimination are unacceptable and she is correctly stating that none should be permissible under the guise of ‘freedom of speech’.

So Nancy is factually correct in her statement – many of us do have differing views, but we also have a legal system that can decide if views go beyond ‘freedom of speech’ and are deemed harmful to others. It was the inability to stem the flow of anti-Semitic rhetoric in the 1930’s that led to the horrendous acts witnessed throughout the Holocaust, and Holocaust survivors insist the importance of never forgetting and learning the lessons so this never happens again. Does anyone truly believe freedom of speech is without limits and the law shouldn’t be there to ensure this right is not abused? So what actually is the problem in what she said?

The crux of the problem is that Nancy Kelley and Stonewall are under attack because they have refused to abandon support for the trans community.

Recently there has been a clear and targeted effort, including the creation of the LGB Alliance, to try to force the gay community to remove its support for the trans community - however Stonewall has refused to buckle.

Those that are so intent in seeing the removal of trans rights, also see the removal of the LGB community as allies as a key target which would greatly weaken the position and level of support for the trans community and make their goals far easier to achieve.

So the last thing GC’s want is for their gender critical views to be looked upon in any kind of negative light, and any clear comparison with anti-Semitism could be truly harmful.

It is widely acknowledged that Jeremy Corbyn paid a heavy price for his inability to shake off claims of anti-Semitism within the Labour Party, so those Gender Critical do not want to be viewed holding views considered no better than anti-Semitism.

This need to distance themselves from other forms of discrimination is their usual tactic of denial. Whenever we put forward a clear and simply analogy that compares Gender Critical transphobic views to any other form of equally vile discrimination, whether that be racism, homophobia or anti-Semitism, it is always met with the same response – ‘black/gay/Jewish people don’t ‘pretend’ to be a different sex’ – who said they do? No one claims that the issues facing these groups are identical to the issues facing trans people, of course they are all different – what however is comparable is that they all face high levels of discrimination, and that is the logic behind the analogy.

Put simply, they do not like an analogy that makes it clear they themselves are guilty of discrimination. There are not many in the UK that are comfortable if you point out that their gender critical views place them firmly in line with beliefs held by Donald Trump. The truth often hurts.

There is a wonderful and popular meme of David Mitchell playing a Nazi questioning ‘Are we the baddies?’ – the irony being the link to Robert Webb, who has himself been the subject of accusations of transphobia – but the image beautifully encapsulates this issue.

Those holding Gender Critical views therefore need to drive a transphobic wedge to isolate the trans community, and their attack on Stonewall is looking to achieve just that.

However, with clear vocal support from not only current head Nancy Kelley, but also from co-founder members Lord Michael Cashman and Sir Ian McKellen, Stonewall are unlikely to abandon their long-time allies. If they therefore fail to divide us, they then need to discredit and isolate Stonewall in any way possible and that is the motivation behind this effort to discredit Nancy’s claims.

ALL discrimination is evil and we need look no further than the Nazi’s to see how discrimination at its very worst can end. Anti-Semitism is a vile, hateful form of discrimination and mankind saw the very extremes of that hatred that emanated from Nazi Germany – was it ‘Safe to be me’ in Germany in the 1930’s? Clearly not, and those transgender in the UK today are also living in fear. If there was any further proof needed, Liz Truss is today reportedly urging the Government to withdraw from the Stonewall diversity scheme, providing further proof of her intentions to remove Stonewall and further align her policies away from any organisation that supports trans rights. ‘Safe to be me’ in the UK? Really?

So please don’t complain if you do not like hearing any comparison of your Gender Critical transphobia with anti-Semitism – if you don’t want to been seen as ‘the baddies’ just don’t push an evil, hateful transphobic agenda.