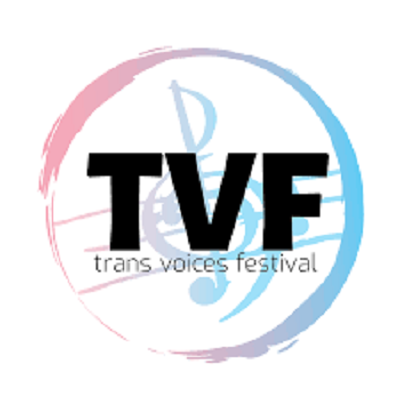 One of my passions in life is music and singing. I sang as a child in a choir but accidentally fell back in love with it after working with a voice coach feminising my voice. Not that it needed much feminising. It has always been relatively high - and in the past, I have often been mistaken for my lovely wife, Jen, when answering the phone. As part of my exercises, I had to learn to chant just one step from singing and then what followed was a rendition of "He is Beautiful," originally sung by Iris Williams. Click HERE to hear it. Iris Williams had the most amazing rich contralto voice, and from there, I started to sing more and more moving on to a recognised singing teacher. I hasten to add - I dont have a good voice it's just for fun, but I am told I do have a fair range.

So when I heard just before Christmas that a London pensioners choir had recorded Silent Night, and it was devoted to trans kids I was of course very interested. One amazing trans ally that I have got to know through Twitter is Molly Mulready who played the fiddle on the recording. Molly said, “Few things I love more in life than playing my fiddle – delighted to do so in this very 2020 version of Silent Night – supporting trans children in Chile, with musicians from all over the world".

The choir’s Patrick Gormley, 70, told PinkNews: “When it comes to trans people, there has to be acceptance”. He went on to say: “We older people carry the baggage of our own memories. But that does not mean we don’t want to be supportive. We’re of a different generation, and we might not have personal experience of the discrimination that trans people face, but how many grandchildren do you think we have between us?

“The majority of older people would not know if they saw a trans person. We do not have friends who are trans. When people like Molly Mulready (who is mother to a trans son) talk about trans kids, a lot of the Irish pensioners don’t know what she’s talking about.

I am a huge believer in trans visibility and have no issue openly coming out. I hope the video (click HERE to see it) raises lots of money for Chile's trans kids.

Another musical group that I want to blog about comes from Portland in Oregon. Trans Voice Fest is a virtual event to be held between the 15th and 18th of April 2021 and brings together trans, non-binary with their allies to a singing, voice and educational festival. I have never been to Oregon though have travelled to several US states and was always surprised at the diversity within a huge country. The about page from the Trans Voice Fest reads as below and click HERE to go to their website.

That same year, the GALA choral festival in Montreal offered its first Trans Festival chorus. That same year saw another momentum in the direction of positive social changes for trans people in general - the National Center for Transgender Equality organized its first Lobby Day on Capitol Hill. San Francisco was home to the first Trans March, held June 25; the Gender Recognition Act becomes law, allowing transgender persons to change their sex legally; the International Olympic Committee decides that “transsexuals” will be able to compete at the Athens Olympics if they have had appropriate surgery and are legally recognized as members of their new sex.

In the years since, trans people have experienced various responses to the positive momentum, from anti-discrimination legislation in some areas to anti-trans “bathroom bills” in other areas.

The discussion has been political, not personal or joyous in any way. In 2018, "One Voice" facilitated the production of a second Trans Voices Festival in Minneapolis. Though a freakish April blizzard shut the festival down early and affected attendance, the experience was powerful – and joyous!

Several of us from Portland were there; in networking with each other during the festival, we decided there must be another one.

GALA is an organization that leads the North American GLBT choral movement. It offers many events and services to its members, including a signature event which is a quadrennial music festival. GALA used to be an acronym for Gay and Lesbian Choral Association.

Now, GALA Choruses is the organizational name, no longer an acronym, in recognition of the fact that these days, there are far more identities within its member choruses than ‘gay’ or ‘lesbian.’