Deliberate Under Specification of Service Demand? 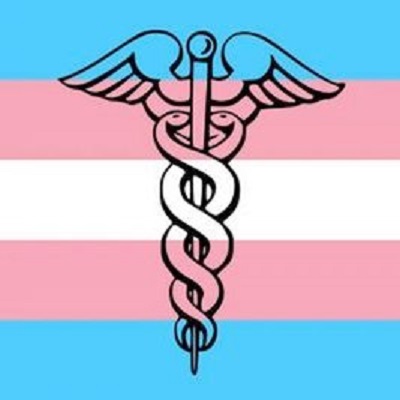 As most of you reading will be aware, the NHS released its new interim service specification for the treatment of trans & gender diverse (TGD) children and young people last week. This is the service spec proposed for the two new ‘regional’ centres that replace GIDS to use.

Supposedly it’s based on the findings of the Cass Review, and I can well believe it given that Review is inherently cis-biased and trans hostile, and has been from the start.

The purpose of this series of articles is to summarise at a high level the major issues with this new service spec. It probably won’t cover everything, mainly because there's just too much as it's a complete shambles.

Whats happening with the consultation?

The consultation ends on the 4th December 2022, and we will publish and promote the relevant info for response in due course, alongside other groups and organisations as they become available.

The new service spec is such a mess that it's actually difficult to know where to start. It’s so thoroughly horrific, as youll see over these articles, that I feel the only option is to junk the whole thing and start from scratch.

The NHS likely wont do that though, and its also worth noting that this is an interim spec, meaning the spec for the final service is still subject to change. That said, if this is the intended direction the NHS are taking then the future care of TGD young people on the NHS is dire in the extreme.

So to start I'm going to look at  some cold, hard facts - the estimates for patient demand it's built on.

Now, either NHS Commissioning have screwed up completely here, or they’re admitting something they shouldn't. Either way, the population and referral rate estimates (otherwise known as service demand) that inform the service spec are a complete mess, which means everything built on them is also fundamentally flawed and doomed to failure from the start.

Section 6.2 of the interim service spec covers what they consider to be the population size and referral rates for TGD young people that will access this service. The first thing to bear in mind is that the listed spec is effectively scaled for one of the two new clinics - but even with that, nothing adds up.

The minimum population size for planning a service is estimated to be 5 million based upon current referral rates.

However, none of that tallies with the figures from GIDS nor the census.

Using the service spec data, 8.7 referrals per 100k population equals 870 referrals per annum at a national level, or 435 at a clinic level.

435 referrals per clinic per year is suspiciously close to the figure of 500 patients for an NHS defined ‘specialist service’.

However, GIDS own data shows that the actual number of referrals for 21/22 was 3585, which, based on 10 million people (NHS population estimate of 5 million per clinic x2), equates to 36 referrals per 100k.

So the service appears to be deliberately underspecced by around 300%  in terms of patient demand, right from the start, using the NHS own data.

The target population used by the NHS to calculate demand is almost 4 million lower than the available census data. Even if we do a rough adjustment to bring down the census data to exclude the 19 year old age group, it only lowers that figure by around 850k - meaning the NHS estimates are still almost 3 million lower that the actual population.

If we then use that to get the actual referral rate based on GIDS figures, this works out at 26 referrals per 100k population.

In simple terms, it’s still underspecced by 200% from the start using census data.

The referrals data for 19/20 and 20/21 is also seriously under reported in exactly the same way.

This appears to be an entirely deliberate skewing of the data by the NHS, done in order to artificially bring patient demand within the established service size of 500 patients in order to justify keeping this aspect of healthcare as a supposed ‘specialist service’ rather than accepting that this patient group is far, far bigger than they have ever estimated - and then dealing with it accordingly.

How many clinics are actually needed?

Using the data above it would mean that any supposed future regional model, based on a clinic patient size of 500 would actually need 7+ regional clinics for children & young people just to meet the annual demand based on GIDS referral figures, and likely double that to also address those already on the waiting list - which is estimated to be around 8,000+ long.

This can only mean that the NHS intends from the start to see only a fraction of those who may need help - something that this service spec actually makes pretty clear, as we will see in later articles, but it's effectively a continuation of the same failures and problems plaguing the existing services across the board - and it’s being deliberately ignored.

The same old problems, all over again

This is exactly the same problem that currently plagues the adult gender service - GICs are considered ‘specialist’ and are only scoped to see 500 people per annum. There are 7 adult GIC clinics, but just to meet existing referral demand we would need 42 adult clinics in England alone. The London GIC (Tavistock & Portman) receives around 350 referrals a month on its own - or rather, enough demand for almost 9 clinics in and of itself.

Which is one of the many reasons the new pilot services have been introduced - services that are already far outperforming the failed GICs.

This aspect of the service spec is nothing more than a willful, entirely deliberate denial of reality that can only continue to cause long term harm - to both those needing help and the NHS at large, as well as being effective denial of treatment by restrictive provision of services in order to force desistance - a known conversion abuse practice.

The end result of ignoring this basic data flaw at this stage will have multiple knock on effects across the NHS. Increased pressures on adult services for transition related care, worsening the situation there and increased pressures on other NHS services such as mental health and GP services, which are under resources to start with..

But the knock on effects for those needing help are more profound. The NHS have made the deliberate choice to restrict access to this area of healthcare from the outset.

The effect of that, for some of those needing help will be deadly.