22nd September. No regrets about publishing a terf article.

My reply to Sarah Phillimore 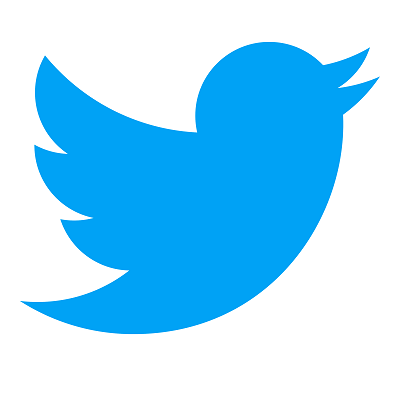 Yesterday was a pretty rough day. I published an article on my website written by a "terf". On Twitter, I did lose followers and one in particular who I was very fond of messaged me and said: "they were not friends with me any more".

But I will continue to publish articles "from the other side" because I honestly believe it is the right thing to do and I have several reasons to back my reasoning.

Firstly, I am a feminist.

I have "feminist" running through me like Blackpool is in rock. And one day when the self-ID debate is over, I want my website to be one that argues for feminism, not just for trans rights. I work with nine amazing women (I fear using the term cis women for some sensitive sole will for sure kick-off) but let's just say they were born with "the right bits".

They accept me for who I am. They know I am a feminist because from time to time I go too far and I get an odd email saying that I should "cool it".

That I am anti-men - a misandrist, I know that this is possibly true. Dont get me wrong, I know lots of lovely men.

But when I see the patriarchy in society, that men regularly attack women - I seeth. And let's not forget that transvestites are cis and Karen White was not a trans woman for whatever he did - but we get the fallout.

95% of the prison population are men. And who starts wars?

Another reason for allowing the article is the writer. Sarah Phillimore.

Sarah is seen as a "transphobe" by my community, but I quickly realised she is not. She is passionate about her cause, and when the terf wars are over, she is someone I want by my side.

Sarah has had the respect to call me, from day one "she".

And this is something both sides of the terf war need to grasp very quickly. Being respectful helps!

And my final reason for allowing Sarah to write for my website is that it draws people closer together.

It allows society to see that people from both sides of this war can talk and start to understand each other's problems. And this is not going to happen on the WPUK or Stonewall website with each side drawing folk from their side to "fuel up".

I dont agree with all what Sarah wrote, and with announcements about GRA reform imminent I will hold back before forming an opinion. However I no longer campaign for self-ID and I agree about the need of single sex spaces in prisons and refuges. We probably also agree about competitive sport. Fairness in sport is key. But I am going to tackle two issues which I know Sarah has explicit views on by following her on Twitter.

We both agree they are different but Sarah, it appears to me, dont see gender as that important. She recognises dysphoria exists but sex is really what counts.

Gender is not an observable fact. Sarah talks about "sex".

And I think that denies reality because anyone reading my story on this website will quickly appreciate that from a very early age, I realised my gender was not compatible with my sex.

And I would moot one other point. How much cash would you require to live in the opposite gender? A cishet male living every day as a trans lesbian? A cishet female living as a male gay?

Unless you are trans (or are a woman and hate patriarchy with a vengeance)  - your gender is not for sale is it?

And then we get to "sex". The binary. Male and Female.

And I do not believe in binary, and I am going to offer evidence from two of the most respected feminists to help prove my points. Ruth Herschberger and Germaine Greer.

Herschberger wrote Adams Rib along with other books, which I have not read but I take this extract from the recently released book "Terf Wars" which I am currently reading for my book review section.

As important as in the differences in sex organs - the books imply - the mature male should possess broad squared shoulders, heavy brows, straight arms, narrow hips, cylindrical thighs, blunt toes and bulging calves. The mature female is chartered by soft sloping shoulders, a short neck, bent arms, wide hips, conical thighs, small feet, and knock knees..... For these representatives of the basic differences between the sexes.

Greer said: " trans women (who she calls male to female transgender people) do not look, sound or act like women."

I want to moot that sex is a spectrum, just like gender.

And I do so on the basis that whilst I was not born with the correct genitals (hence my dysphoria from a very early age) but that in many other characteristics I (and many other trans women) tick all the right boxes.

Herschberger missed out a males Adam's apple (which I never had), but she is right in all the other respects for HRT has not changed my feet size (often a seven) my sloping shoulders or short neck. For those who dont know me check out my image here: https://www.stephsplace.uk/stephs-place-uk-coming-out.cfm

And as for Greer - dont bet on it sweetie for you dont know me - nor have you heard me sing "I Dreamed a Dream" (Les Mis) in a higher key than Ruthie Henshaw. I hasten to add, though, nowhere near as well.

In Sarah's article, she states this: While young men who seek to transition can often ‘pass’ quite successfully as women, older men invariably cannot.

And she may be right. But I am one who not invariably can - always can, and I am now 68. I know I am fortunate but for those who cant pass - are they no less a trans woman than me? These are courageous people!

Do they not deserve the right of enormous respect that they want to live as they wish without being attacked, ridiculed or stared at? Because that is what happens not just in the Twitter war but out on the street as well.

And in Sarah's position of "young men" - is this a reason to advocate puberty blockers? And let's think too of young women.

So I feel I am a woman - just not a complete woman.

I know some people will never accept me as a woman - but I do hope they will at least see me as a passionate trans woman and that in many ways I and my trans women sisters - do indeed, tick many of the right boxes.

Thank you, Sarah, for your contribution - it is appreciated. And if you want to write again or reply to my blog I will publish. But please dont tweet about it too much - or my only follower will be you!