The One-Percenters by Julie Miller 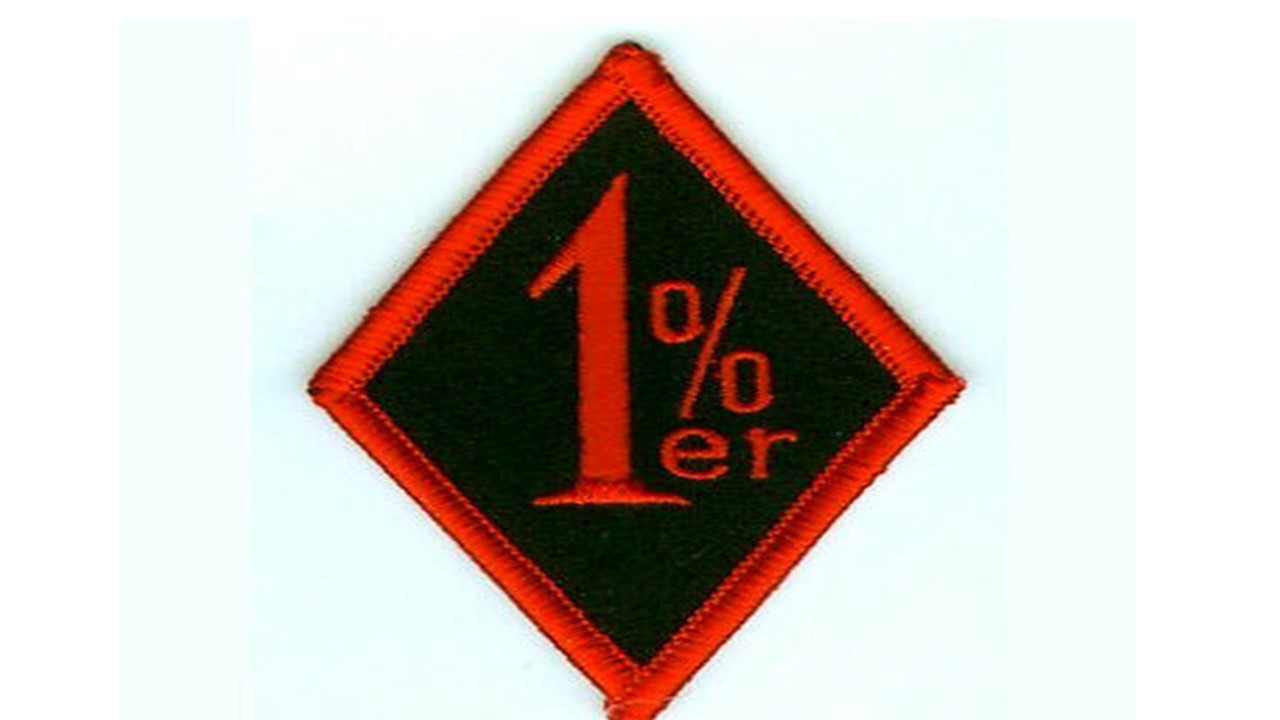 This month’s issue of Cosmopolitan magazine celebrates its 50th anniversary, and the cover picture used is that of transgender model Munroe Bergdorf. In the same week, the Golden Globes award for best actress in a TV drama series went to trans woman MJ Rodriguez, for her performance in the Netflix series Pose.

Predictably at Transphobe Central, Mumsnet Towers, the usual cohort of bigoted so-called “gender critical” women, were incandescent with rage, to the extent that the first Golden Globe thread had to be deleted for breaching Mumsnet guidelines (which shows just how bad it was, their moderation policy being particularly weak), and the second thread had comments like “In what way has this male’s journey meant they should take a female achievement award?”, and “No amount of surgery can make a woman”.

These GC women cannot see beyond the end of their noses and do not accept that for at least the last 100 years, society has recognised that a person’s gender, whether binary “man” or “woman”, or any other of the infinite gender identities in between, is not just related to a person’s biological sex, but also to their internal feeling of gender identity.

When analysing and defining “woman”, any respectable scientist would start from first principles.  The word “woman” is just that, a word; five letters consisting of two vowels and three consonants, nothing more, nothing less, and that’s the first principle. The second is that words are given meaning by society and can change with culture and over time.  “Mother” used to mean a person who gave birth to a child, but now also means a person who adopts a child; gay used to mean happy, but now means a person of same-sex attraction, and tweet was only a sound a bird made.

The majority of UK society accepts that the gender category “woman” can, on one hand, be someone who is an “adult human female”, but on the other it also means someone - whose “internal sense of who we are and how we see and describe ourselves” (to paraphrase the official NHS definition of gender) - can self-identify as a woman.

This acceptance is so overwhelming that it has been enacted in law, and the following Acts of Parliament together reflect that a woman can be someone other than an “adult human female”: Human Rights Act 1998, Equality Act 2010 and Gender Recognition Act 2004.

GC women know this but are incensed that their precious word “woman”, is being used by people born into male bodies, and in their desperation to maintain ownership of this word, they use lies and misinformation.  For example, they claim that trans women are a “threat to women”, a “safe-guarding threat to children”, are “erasing women from society”, and their most beguiling attitude is to suggest that their GC activism is on behalf of all “women”, insinuating that they and their warped views are representative of the majority of women.

Yet they provide no evidence whatsoever of this claim.

There are no national institutions, charities[1], political parties or other organisations dedicated to the views of GC ideologists, save for a few social media outlets and websites, and some wayward articles from the deeply transphobic BBC.

The only reason right-wing newspapers like the Daily Mail, Daily Telegraph and Times are so anti-trans is to bolster their flagging sales, so they pick on a minority that they know is so small that they cannot fight back.

The only way to judge how many GC women exist is to look at the internet, for example, dedicated sites like Woman’s Place UK and FairPlayForWomen, and threads and sections in Mumsnet, Twitter, Facebook etc.  If you look at the number of their followers and the amount of attention they receive by way of comments and make a subjective analysis by comparison to the total number of users of the specific website, for example, Mumsnet, it suggests that GC women represent no more than 1% of the UK population.

This is the point that Munroe Bergdorf makes in her Cosmopolitan article, stating:

I believe in the people. I believe a lot of the issues we are currently seeing are being enforced by the 1 per cent, and the 1 per cent are not indicative of everyone.

'I believe the people want trans inclusion, racial equality, to end misogyny so women and girls feel safe walking home at night. I don't think we have ever been as enlightened as a people as we are now, even if there is a lot of misinformation around.

'I do feel like the spark has been lit. Less people are passively accepting what they have been presented with and that's an incredible thing. It shows there's only so long that people can hold on to a world that doesn't exist anymore, before embracing a new one.'

As inferred above, the “new world” Munroe refers to is actually at least 100 years old, as evidenced by the first so-called “sex change” operations at Dr Magnus Hirshfeld’s Institute of Sexology in Berlin in the 1920’s.  After a brief hiatus, courtesy of Adolf Hitler and the rise of the Nazis (does that sound like the title a JK Rowling book?), these medical interventions resumed and increased in frequency around the world, with male-bodied people transitioning to live as women and female-bodied people as men.  Governments throughout the world enacted laws to give legal validity to these identities, as already described above for the UK.

Let’s look at a recent event in which we can measure the support that GC women have from other women of the UK.  In December 2021, the GC website Woman’s Place UK, wrote an open letter to the Nursing and Midwifery Council calling for them to withdraw from the Stonewall Diversity Champions Programme.  The letter was widely circulated on social media and promoted by GC ideologists, and the eventual number of nurses signing it was a paltry 460[2].  NMC membership is well over 500,000, so the percentage that signed the letter is 0.1%, a miserly one-tenth of Munroe’s 1%.

As a transgender speaker and presenter, see www.juliemiller.me.uk, I regularly give transgender awareness talks in hospitals across Southern UK, to trainee nurses, paramedics, physician associates and occupational therapists.  At the start of the presentation, I ask two questions; the first, do you know a trans person? Overwhelmingly the hands shoot up and everyone, without exception, says “Yes”. I then ask, do you know a gender-critical person?  The room falls silent and the nurses look at each other quizzically; then one asks me, a gender what person?

I then explain what a gender-critical person is, and the atmosphere changes to incredulity when I explain that GC women advocate that I am a threat to women, that children are not safe to be near me, that I am erasing the concept of “woman”. Without exception, they are flabbergasted that such nasty, vindictive, bigoted and ignorant women exist.

I am also a motorcyclist and drawn to the comparison of GC women to Hells Angels, one of the most notorious, aggressive, violent and anti-social motorcycle gangs in the world; and they won’t mind me saying that they are proud of such a reputation.

In 1947, the American Motorcycle Association sanctioned an event, the Gypsy Tour, and one of the rally’s that took place was at Hollister, California.  4,000 people attended, alcohol was consumed, violence and riots ensued. 50 people were arrested and many more were injured.

The AMA was said to have made the following statement: “99% of motorcyclists are good, decent, law-abiding citizens”. The so-called “Outlaw” motorcycle clubs of the time, Hells Angels, Pagans, Bandidos, to name just a few, pounced on their newly determined title and fame, The One-Percenters, the 1% who were the bad guys, and proud to be.

The glove fits, the comparison is close to perfect, GC women are the “One Percenters”, the one per cent of women in the UK who advocate that trans women are a threat and a societal aberration.  The other 99% of women are good, decent, tolerant, fair and considerate.

Just like Hells Angels, many GC women are often verbally aggressive, anti-social and violent, and they pursue and advocate irrational and unfounded lies to bully other women to support them.

It is clearly displayed on social media and mainstream media by the likes of Kathleen Stock, Julie Bindel and Kellie-Jay Keen-Minshull, who once advocated that women should be protected from trans women in public toilets by men with guns[3].

Surely many would agree that is despicable?

Take the invariably trans hostile, Maya Forstater, in a tweet this week that she was eventually forced to delete following a Twitter violation in which she made "hateful comments".

She stated “Women have a hole – their vagina, which men want to penetrate with their penis.  How much more aggressive can Maya Forstater get?

The leader of the one-percenters, to define and differentiate women as “they have a hole”... charming.

GC women arrogantly pursue an agenda that demonises trans women, categorising them as unworthy of the title “woman”, and they pretend to act for “all women”, but the total absence of any shred of evidence in support of this claim is loud and clear, as loud as a Harley Davidson exhaust pipe in the still of night on a Californian prairie.

Conversely, it is not trans women who are an aberration, it is GC women, they are societies gender outlaws.

They are the one-percenters.

They are no angels.

[1] Even the deeply transphobic charity LGB Alliance have no regard for gender critical women, their website stating “we advance the interest of gay men, lesbians and bi-sexuals and stand up for our right to live as same-sex attracted people without discrimination or disadvantage”