7th January. Paranoia and the Gender-Critical

Some gender-critical people are paranoid about trans folk. 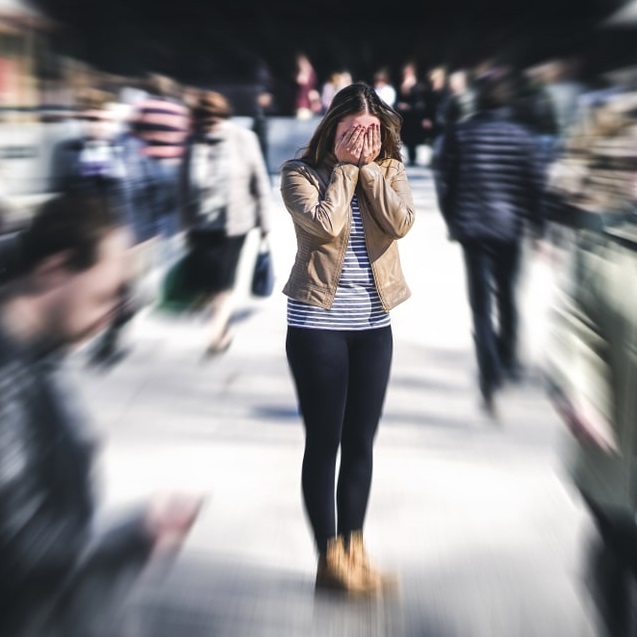 So it was Wednesday morning I think (blur), and I was in a debate on Twitter with a lady from shall I say "the other side". It was over puberty blockers (PB's), and whilst she was polite, it is reasonable to say she was like a dog with a bone. Now I am pretty reasonable on the question on PB's. Yes, I edge towards them for sure but being involved in kids health & safety for around 35 years I have learnt there are always two sides to a coin. And I do fully accept that girls often have real issues with their body at around puberty time. Obviously, health professionals need to be very careful before considering prescribing them.

Margaret (not her real name) was not having it though playing to her gallery of onlooking gender-crits Margaret was in for the kill. So when I informed her about a European Commission report that stated that 69% of all transwomen knew they were trans before the age of 15, Margaret let rip poo-pooing it for all its worth. Margaret had concerns that the report I was referring to was published by the European Commission (Justice and Consumers) but was not prepared by them. The report I was referring to can be seen by clicking HERE.

Then the conversation turned to WPATH (World Professional Association for Transgender Health) which she claimed was lobby group - oh yes and Harry Benjamin (the founder of what is now WPATH) - well he was a quack!

The "battle" ebbed and flowed, and by Friday morning, I was getting a tad tired. I told her we would have to agree to disagree, but Margaret possibly smelt blood and carried on, so I shut down the conversation by telling her I was going to ignore here as I had work to do.

But then I wondered what the "real" Margaret was like so on Friday night I started to go through her timeline. To be a peacemaker in the gender war, I need to understand the other side problems.

But what a timeline it was. Because I calculated Margaret tweeted or retweeted over 115 times a day - and the subject matter was always the same - trans people. After going through what seemed months worth of tweets (actually, it was just three days) suddenly a chunk of light, she had tweeted that it was Beethoven's birthday - at last something different from trans folk. I found my original tweet, the one that started the original battle. She had retweeted it with a comment, but despite having over, two thousand followers had gained just five likes. I felt I needed to talk to Margaret without a gallery of her supporters.

I replied to her saying that the retweet had not been very successful but noted she liked Beethoven and did she like the "Eroica" his 3rd Symphony and the one that catapulted me into classical music. I did not get a reply until Saturday morning with a polite reply which read "My foci are women, children & safeguarding." Ok, says I we share the same interests, but your timeline has an entirely different slant to mine. A video, for example, with a guy in a wig up to no good - forgetting the 13,299 cis sex offenders.

Margaret paused then- "You dont understand safeguarding Steph" she replied. Ok says I - educate me - next time I zoom with Laura (a known GC that I talk to about trans healthcare, not her real name) would you like to join in?

I immediately replied, "So you are asking me not to write things like this" with a link to my fire retardant article pointing out to parents their dangers. Click HERE to see my article.

And then the conversation ended, Margaret did not reply, and I am not going to chase her. In fact, I am going to avoid her like the plague. Because what I saw on her timeline was paranoia. This was not life, Margaret was in deep fear, and I am left wondering what sort of life she has.

Margaret is not the only gender-critical person on Twitter that sadly is paranoid about trans folk. One lady is obsessed with the word "penis." A follower of mine stated that once a survey was conducted, and "penis" appeared in 40% of her tweets. She also seems to be convinced that trans women will invade changing rooms and undress in front of girls and women. It has never happened in the last century, and I see no reason why it will ever change. The paranoia of penis and changing rooms - so sad.

In relation to Margaret, I was left disappointed that a human being felt she could not talk to me.

I have never hurt her and always been respectful. I was not even suggesting it would be a one to one conversation. I do, of course fully understand what Margaret's perception of safeguarding is.

Regrettably, though, she is unable to see the bigger picture that safeguarding is not really about puberty blockers or informing kids at school about LGBT folk. Safeguarding means stopping preventable accidents which kill more kids (1 - 16) than anything else, making parents aware of the dangers of co-sleeping with newborns and restricting their times in car seats.

Trans folk are just ordinary people and to be honest - I feel very sorry that a few of the gender-critical have paranoia issues and cant live life to the full.