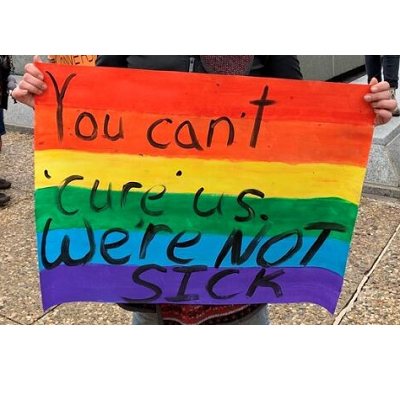 I was shocked to learn that 'conversion therapy' was still practised in the UK.

It was something I personally was never "encouraged" to go for and on researching the subject I quickly found people who had actually been forced to undertake this barbaric practice. I even found a religious group in Nothern Ireland who has indicated that they will disobey any law passed banning conversion therapy.

I find it incredible that this practice which can involve electrical shock treatment, drugs, bullying and a variety of other despicable methods still takes place in the 21st century and that some "Christians" are of the belief that a persons sexuality or gender can be changed.

The UK government has said they will ban conversion therapy but as with the reform of the GRA it is dragging its feet.

A new petition has been raised by Ross Nichlolas to encourage the UK government to make this practice illegal and can be signed by clicking this link: http://chng.it/GHBr7t9Q4h