And they also construct an LGBTQ rainbow pedestrian crossing. 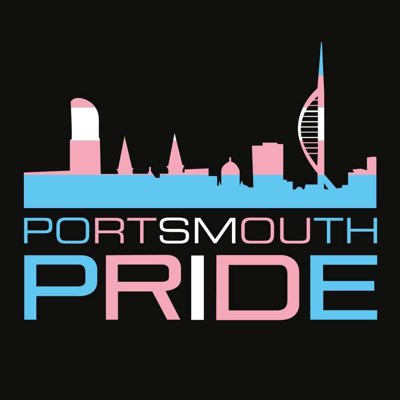 I recall as a child being taken to Portsmouth by my grandparents and playing the slot machines situated on the seafront. I loved it.

I have returned to Portsmouth many times since then falling in love with the outlet shopping at Gunwharf Quays (after all I am a woman), the Historic Dockyard with HMS Victory (and Mary Rose) and the quaint area of Old Portsmouth.

I have never been to the Charles Dickens Birthplace museum or indeed found the birthplace of Isambard Kingdom Brunel, but that is now on my bucket list.

This is because I read today that Portsmouth City Council party leaders have voted to write to the government in support of trans folk in relation to the Gender Recognition Act.

I promise I will say "thank you" to Portsmouth the next time I enter the city by way of their excellent road links to start on my bucket list.

I also aim to visit the LGBTQ pedestrian crossing that they have recently constructed in Duisburg Way located just a couple of hundred yards from those slot machines that I played on as a child.

Portsmouth as a city is neighboured by Southampton to the west and the LGBTQ capital of Brighton to the east.

But it is Portsmouth who has taken up the trans batten for me because despite the anti-trans rhetoric of the Daily Mail, J K Rowling et al. they have done something which was not demanded by the LGBTQ community or even (as far as I know) requested.

There are decent people on this earth, after all.