A view from Ireland, Irish history, videos and being trans 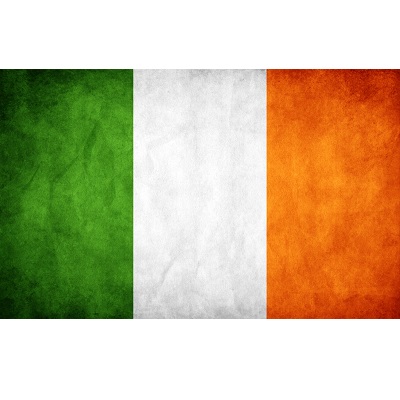 One of the positives of being a Twitter user is that you can meet lots of people. Some are a bit weird for sure, but in the main, if you use the "block button" wisely - many can be lovely. One such person is Rachel, a trans woman from Ireland.

Rachel was obviously born male, but at the age of five (the same age as myself) problems started to tick in her head that things were not right. Life at school was difficult. Attending an all-boys school, she just did not fit in. Often beaten and bullied both by the other kids (and even teachers) Rachel's life was pure hell.

Hell, that actually never ended for decades. Rachel did all the things that most trans people do - try to conform, getting into a relationship, fathering a son and trying to be a great dad. Rachel wondered if one day the feeling of "feminity" might pass - but it didn't, it got much stronger, and in 1998 it became apparent that Rachels relationship was over.

She became a single parent. This did not scare Rachel one bit, she knew being a mum was instinctive to her - she could be both a mum and dad.

Transitioning at the age of 45 Rachel wondered what reaction the townsfolk reaction would be. Reasonably well known in her Irish town of 6000 people was not going to be easy but to Rachels surprise pretty much everyone was supportive of her. There is though 'always one' of course and sadly Rachel experienced an issue at work, meaning she had to leave her employment. But even that experience had a positive - the men of the town rallied around and supported her.

Many of us in the UK see Ireland as a "land of milk and honey" they have Self-ID, that they are liberal in their views, that they are a rich country.

Rachel sees it very differently, though. She sees a country that has abysmal healthcare for the trans community and one that is split between rich and poor.

Rachel is far from rich and struggles with day to day life. She messaged via Twitter, and I asked her if she could email me some more details coming back to me with this:

I am a 49-year-old transgender woman from here in Ireland and have been a single parent for the past 24 years. My adult son still lives with me and is such incredible support.

I created my Youtube channel a couple of years ago to keep myself occupied, and it is always nice to have a hobby. Lately, my channel has become a wee bit popular, One of my videos has over 400,000 views, and I now have around 1,500 subscribers. This has made me eligible to monetize my channel which I am excited about as the extra bit of income will hopefully help in part for me to continue on the path I am on which is incredible by the way.

As I am unemployed, I have plenty of time on my hands. I try to make a video at least once a fortnight but being unemployed (I did have a job but was attacked because I am Trans, so I had to leave) has also made it an uphill struggle regards my transition as I am paying for it all privately. I have always had an interest in history, especially Irish women's history as we are often forgotten - often written out of the history books. I am here to rectify this, and I solely make historical videos about Women whether their deeds were good or bad.

If you are interested in Women's history, please pop into my channel at:-

Thank you so much for your time.

Ashamed to be British, I should not, of course. I can not help my country of birth, my language, my birth sex.

But I was still ashamed.

This is because like Rachel, I have an interest in history.

It was one of only two subjects I was any good at when at school. So I am acutely aware that "Great Britain" ruled a vast portion of the world at one time. "Our" colonies, "our" lands were coloured pink on the map when I went to school, and there was a lot of pinks. We ruled by fear, intimidation and cruelty executing people in India by strapping them to the front of a cannon and firing cannonballs through them.

So the story of the potato famine which "Great Britain" could have done so much more did not surprise me one bit. Indeed, I was aware of the event, though not to the detail that Rachel's video portrayed.

With TV content so poor these days, many people use YouTube for their source of entertainment and knowledge. And it is videos like Rachels that make us appreciate that sometimes we are better looking at amateur input rather than professional. A link to Rachel's Potato Famine Video is below.

But what of the future?

Rachel is a proud Irish woman who currently has health issues. Her videos are about women, Ireland and history.

But she is unhappy - that despite the acceptance she gets from her friends and family that Ireland has so many problems for trans folk she is at the point of giving up - considering leaving Ireland and asking for political asylum in New Zealand.