Percentages are manipulated to be high - but the numbers tell a different story. 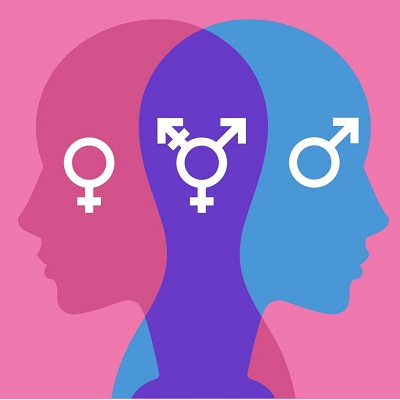 Stats often stated by the Gender Critical (GC) suggest that there has been a massive increase in young people (particularly girls) developing "Rapid Onset Gender Dysphoria." (ROGD) This has resulted in the gender crits suggesting trans people are "transing kids" - meaning we, as a community, are encouraging kids to be trans. This charge, like so many others thrown at us by the GC, is untrue.

The simple argument against their suggestion is why?

Why would we encourage kids to lengthen our healthcare queues, live a life that was not true to themselves (we have personal experience of this and rejected it), to live potentially not being accepted by all in society and possibly lose friends and family too?  None of us wants or asks to be trans. We would much prefer to have been cisgender - and we would much prefer for all kids to be cis too. Sadly, in life, things don't always pan out as we would want.

When you look at the genuine figures of kids being trans, they do make perfect sense.

In fact, it is rather surprising that there are not a lot more trans kids coming forward. Some stats are beyond dispute. We know for sure there are around 15.62 million kids in the UK aged under 19. We also know that about 1% (perhaps more) is trans, so the total number of trans kids that can be projected in this age group is 156,200. Divide by 18, and we get 8677 potentially coming out per year.

And this, I believe, is the difference -  the words "coming out."

Because we also know that in the past society frowned on trans people, that we were the source of cruel jokes and newspaper headlines. And while some newspapers do still through the mud at us, society - especially the younger generation do accept us more readily.

People like Kellie Maloney, Petra De Suter and Caitlyn Jenner have been brave and openly come out - in fact, Wikipedia lists over four hundred famous trans people. Go back even ten years though, and people were not coming out - many were hiding, and some sadly were committing suicide. Recently the French minister for diversity, Elisabeth Moreno, tweeted that suicide in the transgender community is seven times the national average in France. If French society accepted trans people for who they are, surely this statistic will drop? Transphobes want us to hide - which is why I believe visibility is key to acceptance. It's the primary reason why I launched a website.

We are who we are.

Yes, kids do find out about being trans much earlier than my generation - I got my info from some agony aunt column in the News of the World! Today information is on-demand - by a click of a mouse. Gender crits scream about 4400% increases, but in reality, it's the numbers that count, and we know from the recent Bell case just 161 kids were on puberty blockers and only around 90 "new" kids per year were being prescribed them. We also know there is a queue at Tavistock - but we are not talking thousands. 90 kids - that's a long way short of 8677. Percentages can almost always be manipulated to promote a story, but it's the numbers that matter.

The ROGD theory has a very controversial history - fostered by Gender Critical academics like Littman and Blanchard. Lttiman's source of information in her 2017 study has been criticised intensely, and Blanchard is often the subject of rebuke for failing to use proper controls. The Gender Critical movement are wonderful at invention. They manipulate stats and in consequence achieve publicity, but when you look deeply into all their arguments, they fail, and the true reasons start to become apparent.

The GC allege their actions is "safeguarding" seeming not to care that over 6000 kids under 16 die every year and that there are dozens if not hundreds of more important issues than puberty blockers. For example, new parents learning about the dangers of co-sleeping with newborns which increases the chance of sudden infant death syndrome by fifty times!

The GC is riddled with transphobia-paranoia.

For sure it is a shock for parents when their kids come out being trans just as it may well be if their offspring come out as being gay or tell their parents they are pregnant.

But, I maintain there are not more trans people, it's just that kids feel able to be their authentic self earlier.

And that's much better than taking an overdose which may well have happened twenty years ago. Yes, sadly, suicide still happens today - because of waiting times for GIC help and families or friends not being trans-friendly.

But please let kids be kids - and if they are trans, they surely deserve support.