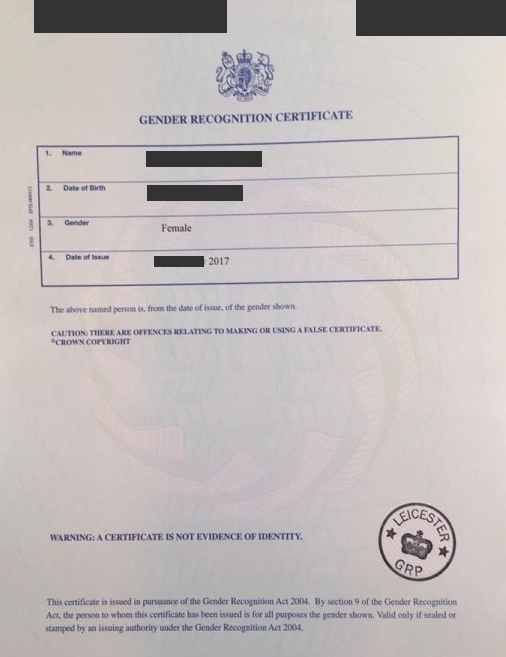 How wrong was Susanna Rustin writing in the Guardian(April 6th 2022) saying, "By backing both reforms to the Gender Recognition Act and single-sex spaces, the party is unable to communicate clearly to voters."

Let me be clear on this from the start; many trans people consider WPUK a hate group and are delighted by the party's exclusions that Susanna seems to feel are some sort of injustice.

All gender-critical groups who cloak transphobia under "sex-based rights" are principal drivers of the gender war.

In short, the UK gender-critical, are doing the work of the fascists and right-wing Christian extremists responsible for the rollback of women's abortion rights in many states in the US, Poland and elsewhere. It is a great shame that these so-called "feminists" don't take this obvious fact on board.

They are infiltrating all political parties with right-wing extremist views and in the Labour Party pretend they are socialists.

The conflation of the Gender Recognition Act (GRA) and EA has been a successful tactic by the gender-critical, and Susanna keeps up the good work.

In relation to GRA reform, Self-ID simply allows a successful applicant to change some details on a birth certificate by way of a Gender Recognition Certificate (GRC) - nothing more.

We don't use birth certificates to gain access to single-sex spaces. In fact, we don't use birth certificates for anything except marriage, divorce and death. Some 20 countries have a Self-ID policy concerning the change of legal gender, with a total population of some 800 million. Countries like Argentina, Ireland and Pakistan. Yep, that's right, Pakistan, a country that we consider backwards in human rights, is actually in advance of the UK.

To reinforce the fact that a GRC is not an identity document, it is printed in bold letters on the certificate itself.

Can the gender-critical not read?

Very few trans people (yes, I am one) would deny the ongoing need for single-sex spaces, and the provisions within the Equality Act have worked very successfully for some twelve years - so why the moral panic now?

Quite simply, transphobia - the prejudice against transgender people.

Around 50% of trans people will not even leave their house in case the local lout calls out "tranny". Approximately 50% consider suicide; 30% succeed. And these figures continue to rise probably because journalists like Sonia Soda and Susanna Rustin (both of the Guardian) don't leave trans people alone.

Cant, you understand we are fed up with being "debated"?

That we are human beings.

In her article, Susanna also says this: "But the gender activist movement (which is not limited to trans people)"

I take deep offence at that - making us out to be some sort of anarchist?

Since when have human rights been anarchist? And sure, we have allies who are not trans.

Why is that so wrong?

There is no such thing as "sex-based" rights for women - there are sex-based rights for everyone, though.

Susanna Rustin is entitled to her hardcore gender-critical view. It is well known the Guardian houses a gender-critical editorial team with some journalists at odds with their agenda. Susanna serves her master's well.

But please, Susanna don't try and portray Woman's Place UK as a feminist group trying to do women a favour - they are not.

The Labour Party's policy is right. Self-ID regarding GRA reform whilst ensuring single-sex spaces are protected.

Susanna ends her piece using this "Many people, including me believe there is scope for compromise".

Sadly, Susanna fails to expand on that.

Want to Zoom Susanna? - and bring your mates from WPUK and Labour Women's Declaration with you if you wish.