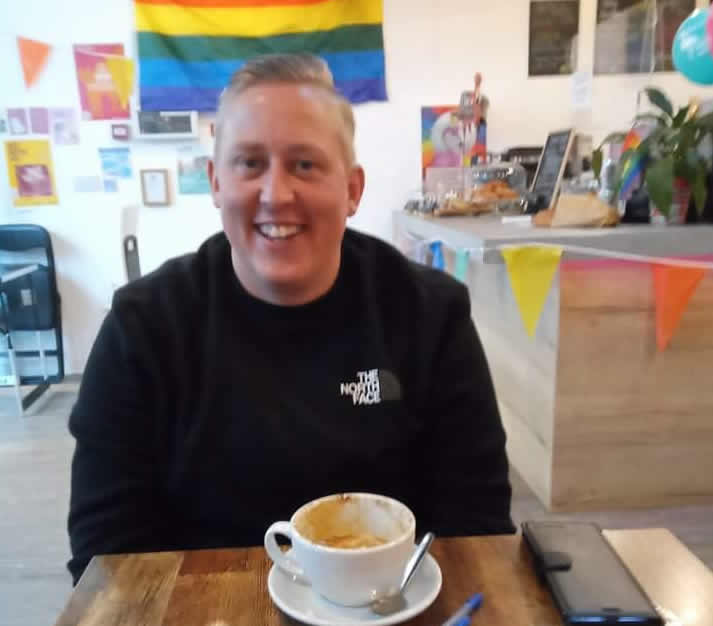 Prison is a place few are likely to see beyond their television sets, beyond the headlines on their phone screens. Prisons are vacuums of poverty, race and class.

Yet, we continue as a society to be fooled into stereotypes and prejudged notions of what prison is and the types of people that live within its walls. The media continue to feed us with emotive words such as monster mansion and violent criminal. We never read about the lives of those inside with any ounce of humanity as to why they may have ended up in the criminal justice system.

I remember a young girl talking to me about her first night in prison. She woke up in the morning, and as all the cell doors opened, she saw people from her street, her community, and it felt like the care homes she had grown up in only with just more bars.

When I left prison, I moved to an area that had bars on windows and doors, and as I looked around, I saw what extreme levels of poverty creates in a community, from drunk people on benches, to needles lining the gutter.

Shoplifters pay dealers in goods then use prison as a haven from pimps and violent partners. Each month I hear about people I talked to, lived with in prison.

Some from drugs, others murdered by abusive partners and others from health complications from a life that was eating them in ulcers and liver failure. Others suicide was all they had left.

These were not just criminals, they were not their worst mistakes. Anyone who would have met and talked to them or seen them helping out people or sharing what little they had with mates would have seen who they were.

Remembering these people is remembering they were flawed - they did have toxic human traits, and they reacted in ways to these emotions few would react like, but their journey was one of many traumas and some triumphs.

Perhaps by judging offenders and ex-offenders, we are all giving ourselves permission to accept our own flaws and toxic traits and say at least, I am not as bad as them.

I am an ex-offender, I am a transgender male.

I have struggled to live in a world that doesn't like either. Yet in all I have been through... I am here!

I have rebuilt what was broken, and I am alive.

For a lot of people I see in my day to day life, they understand where I am coming from. Others live another life between the lives that fall between the cracks, and they are not quite as understanding. What I have learnt is to value humanity, to look for the light even if it's just from a broken window.

Nepacs is a charity that supports prisoners and their families. They bridge the gap between outside and in. They are humanity in a place that has little natural light. Nepacs is based in the North east - and for over 135 years this service has evolved and grown into what it is today. But their goals have always remained the same to help those affected by prison.

The team consists mainly of volunteers as well as staff, and they maintain helplines and visitors centres to support prisoners' families. The core values are underpinned by understanding the importance of rehabilitation and maintaining family ties to build stronger communities. Inside prison having people who can support those with children is vital when prisoners first arrive their families lose touch with them until phone credit and issues are sorted before contact can be made, Nepacs is that beacon of light between that dark place of lack of information and bring a torch of light and warmth to guide the way.

I have witnessed first hand the visits organised by Nepacs and heard about the effect that has on families as well as the prisoners inside, especially on lifer and family days.

Inside the prison, our wing arranged two Christmas pantos in HMP Low Newton.

One in 2017 and one in 2018, to be shown to the whole prison to raise money for Nepacs. The first year was Jackie and the exercise bike which was a spin on jack and the beanstalk. I played henchman to the fairy Listener (a listener is someone who is trained by the Samaritans.)

The second-year was Cinderfella in which as the only transman on the wing, I played the lead. There was always an underlined fear among the prison that the paper would pick up on specific activities and say we had it easy and that there would be a public outcry.

If anyone had been there, they would have seen it was far from easy, and there were more than enough creative differences and drama to wish we had never started. But it was that need that drove us to make a difference, to do the right thing and support a charity that supported us so tirelessly. It was with this in mind that I started 'Smashing it September' a challenge that everyone I knew could get involved in.

Many of my friends from prison have mental health issues, including PTSD which is very common in prison leavers. I wanted to be able to make a challenge that was accessible to everyone and did not make them look at what they couldn’t do but what they could do and feel positive about themselves.

Which is something that you often do not find in prison, positive stories!

I have also told people I know still inside in a few prisons to get their wings involved or friends. The challenge is throughout September and it is to achieve your own fitness and wellbeing goals each day and raise money for Nepacs while doing it.

For some, it might be to get out of bed and go for a walk. For others, it may be to beat their best time in the gym on a machine. The challenge is for anyone who has been affected by the criminal justice system or who has worked supporting people inside as Nepacs does.

So far I have created the End goals team, and people are joining in that wouldn’t usually try due to underlying health issues. As well as someone that has joined a gym because that's their goal. I have also got families who have been supported by Nepacs doing their bit. Nepacs has been there for us, now it's time to pay it forward.

Please help Dalton with a donation to Nepacs and let's all be "Smashing it in September" by doing our "own thing" by clicking HERE.