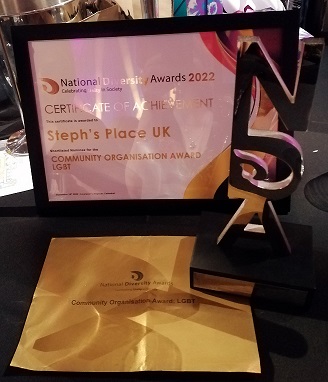 While it might seem like we’ve been a bit quiet here at Steph’s Place, things behind the scenes have been (and still are) thoroughly hectic.

Big things are afoot here, and although we’re not in a position to share what just yet, last week’s events at the National Diversity Awards has only amplified our desire to drive forwards to fight for the Trans & Non-Binary community.

For those of you that don't know, earlier this year we found out that we had been nominated for one of the UK’s most prestigious diversity awards, in the Community Organisation - LGBT category.

We were surprised to say the least, and certainly wasn't expecting to be informed a few months later that we had actually been shortlisted, especially given that 2 years ago we were just a few trans people and allies out to try and counter the rampant misinformation about our community.

Finding out we had been shortlisted prompted a massive discussion among the team about how we could attend, especially that none of us are particularly well off.

Steph herself masterminded what turned into a massive logistical undertaking, sorting somewhere to stay nearby, makeup for the team and partners, and most importantly a table for all of us.

And so it was that we all trekked up to Liverpool from various parts of the UK for the awards ceremony on the 16th September.  My wife and I came up on the day before to do some sightseeing, and I must say that Liverpool is an incredible place.

I won't go into the shenanigans about getting organised on the day, other than to say it involved the usual UK hazards of motorway accidents, not being able to get into our lodgings at the notified time and last minute hiccups.

But, at the appointed time - we were all glammed up, even Paul, who looked wonderfully dapper in his tuxedo with trans flag bowtie and lego trans cufflinks, so off we went!

We arrived at Liverpool Cathedral a little early, but it was already busy. And what a location, as youll see from the photos below. 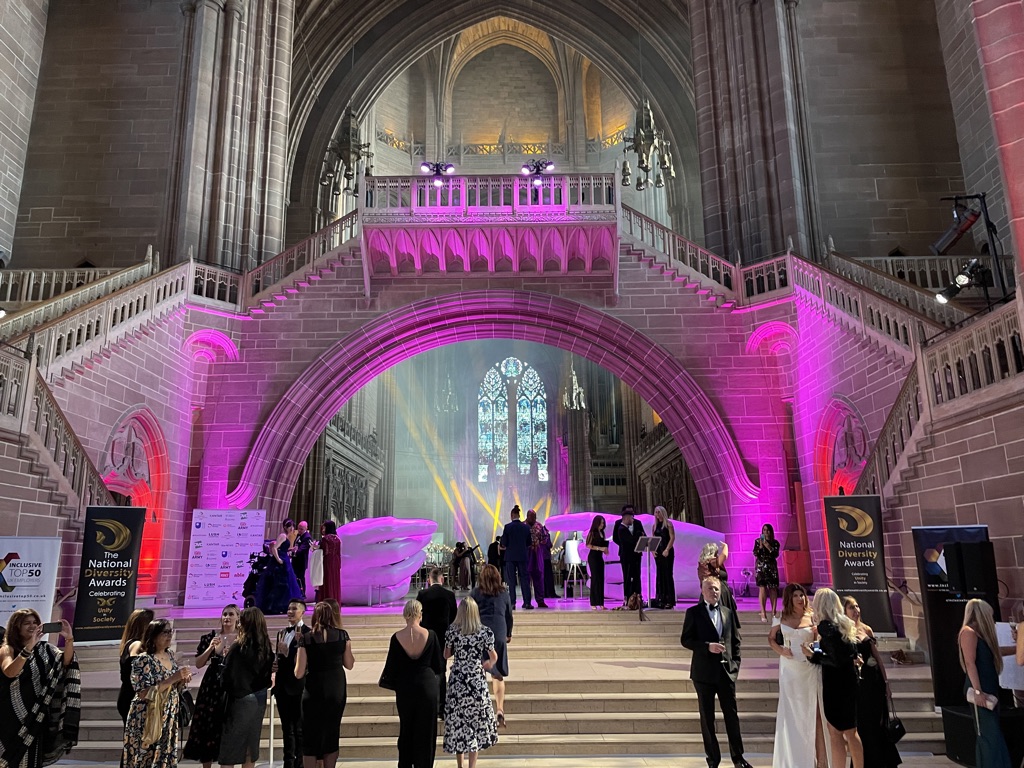 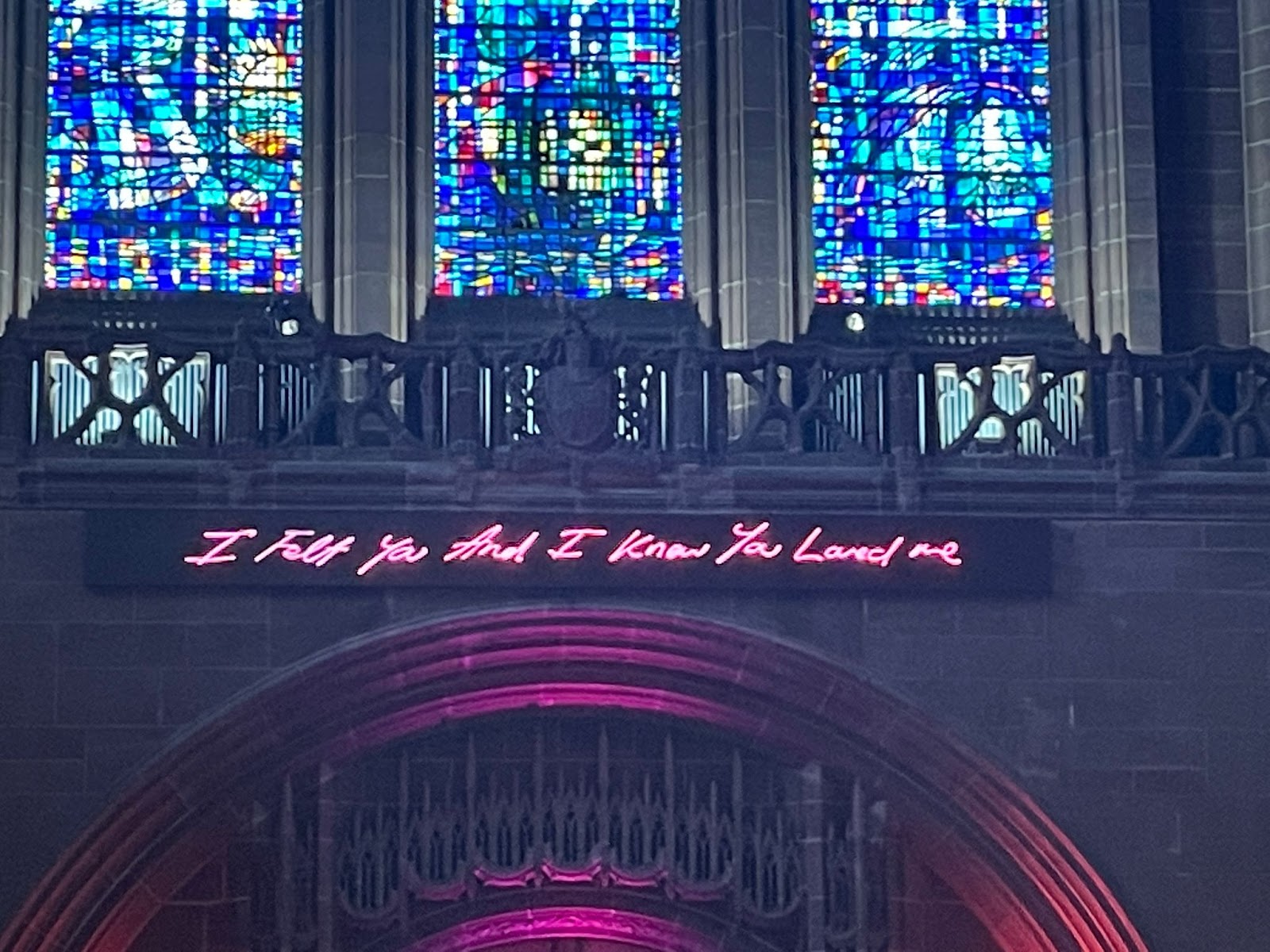 We were offered champagne and spent the next half an hour or so listening to the wonderful Chester LGBT Choir and taking photos. 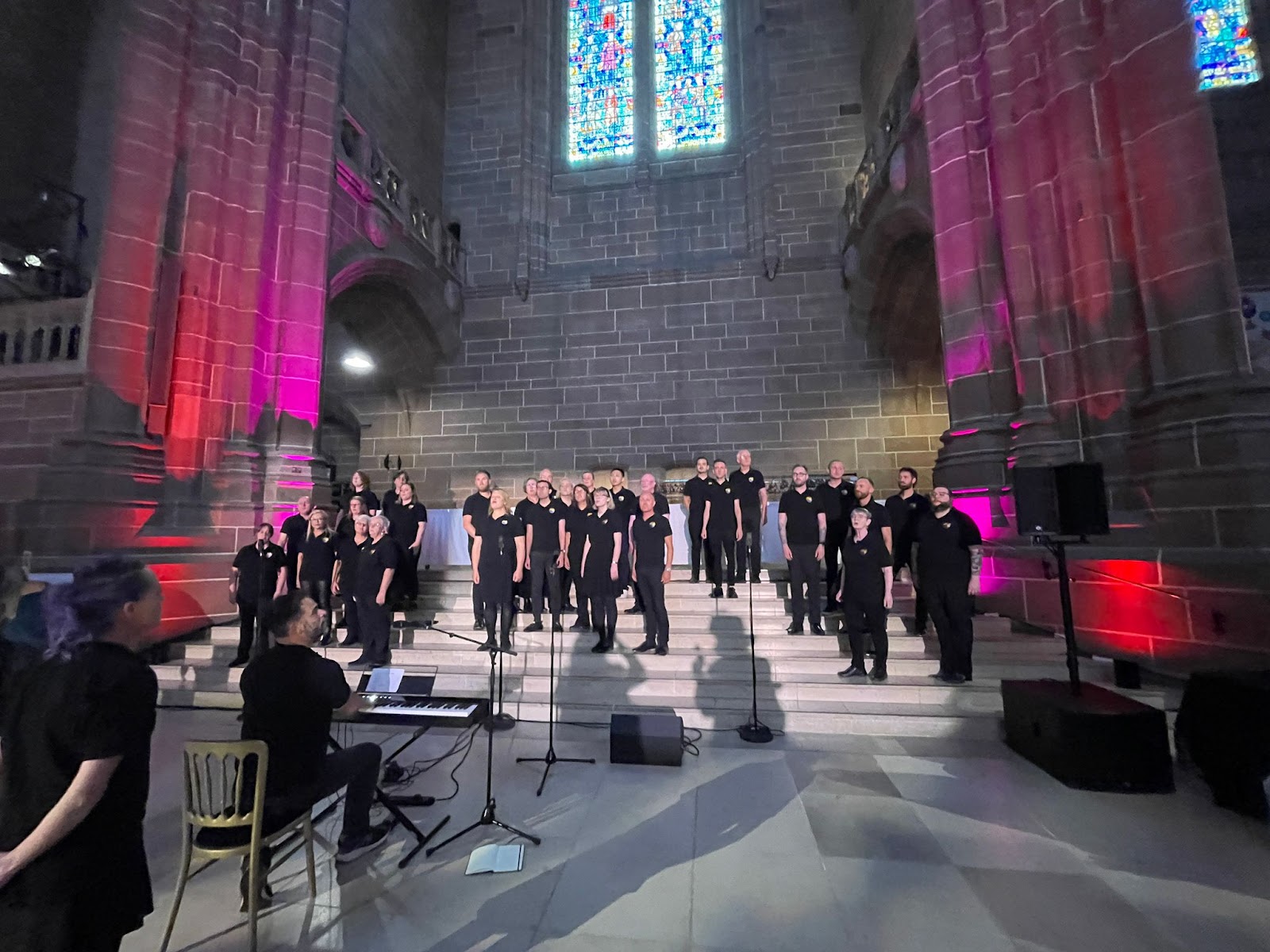 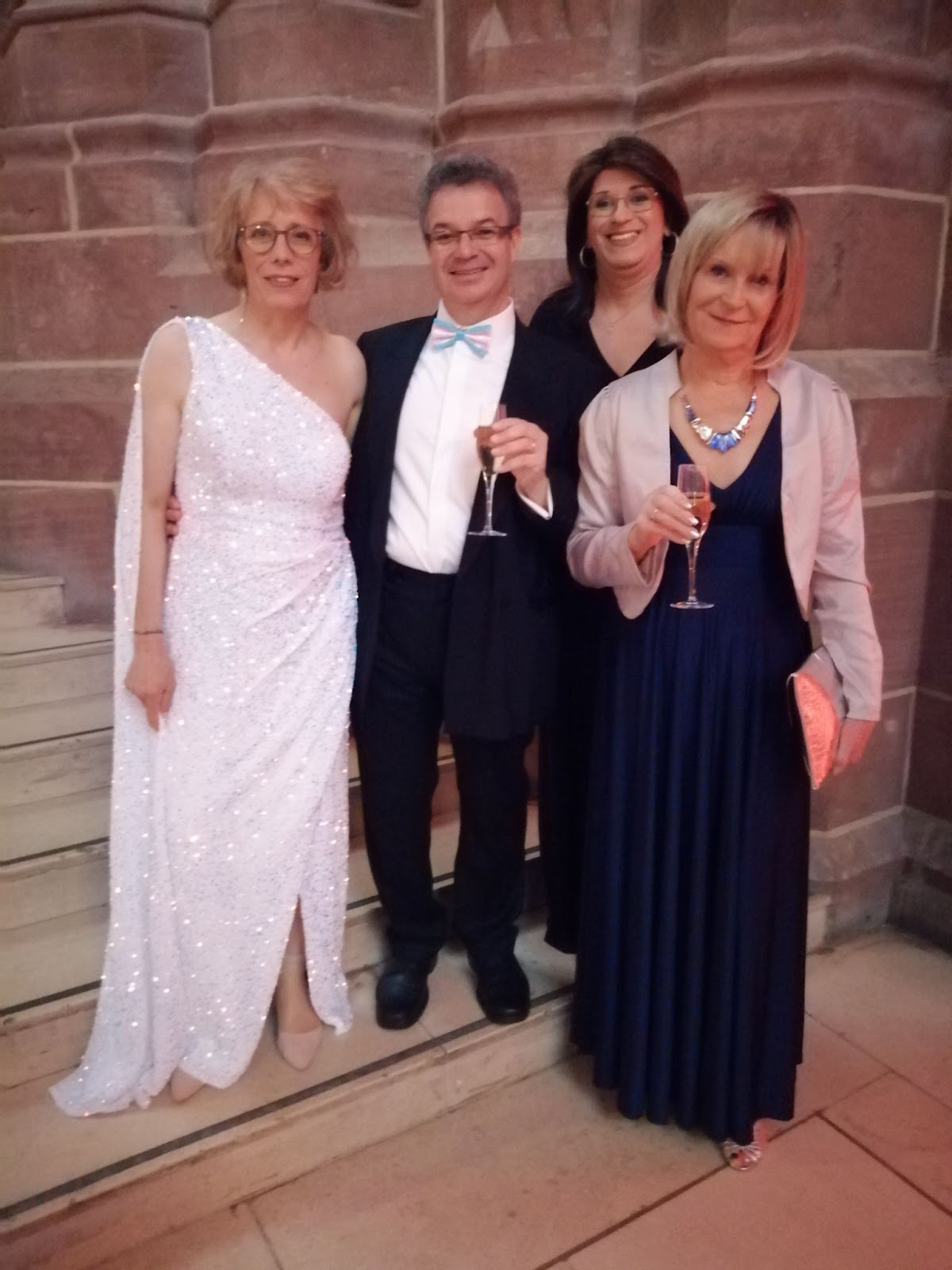 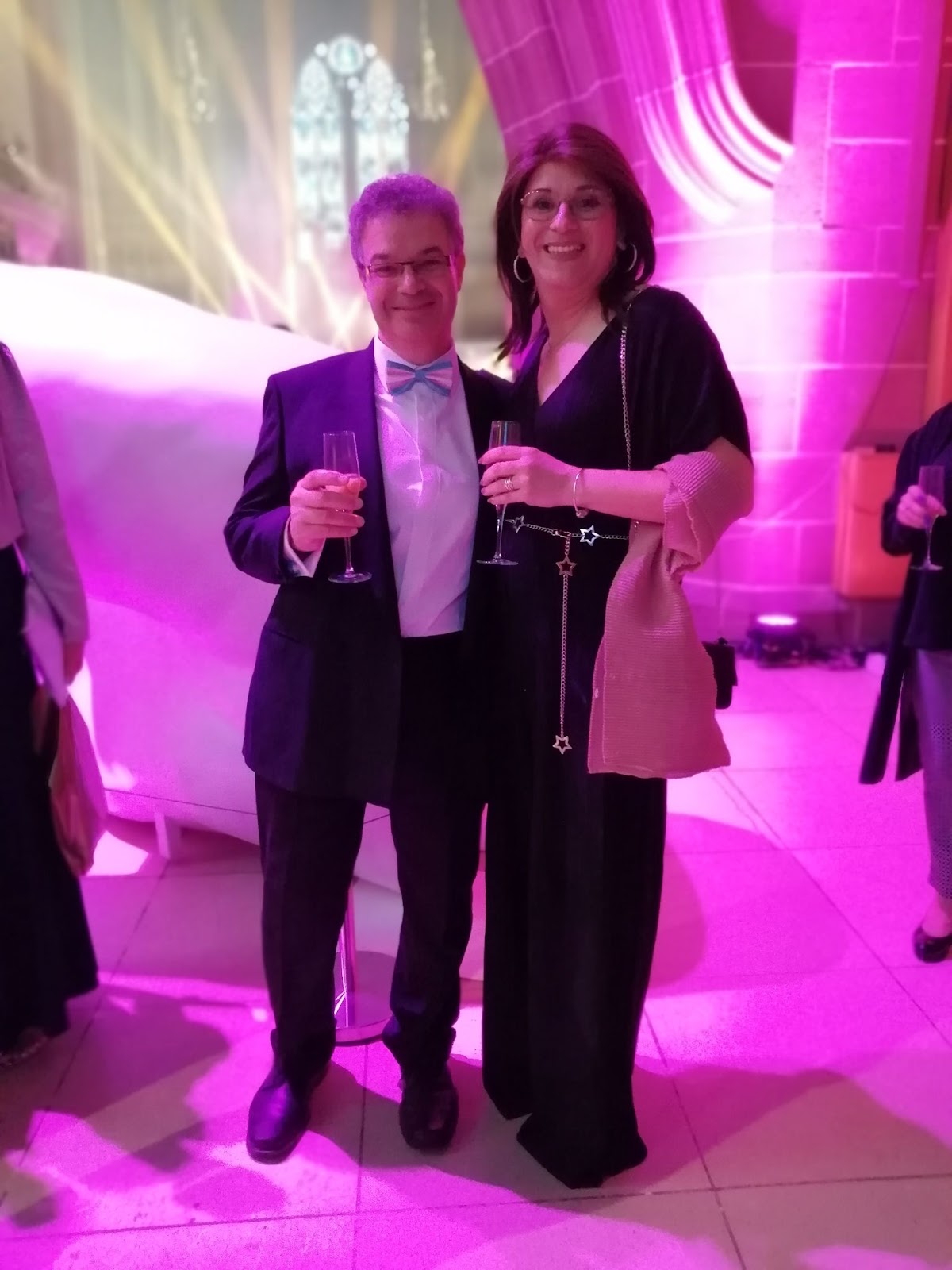 Paul found our table which was somewhere in the middle - which we later found out was directly in front of the Rainbow Toffees table and the fantastic ally Neville Southall, talk about a missed opportunity! But that was largely down to the fact that we couldn't believe we were actually there, or really deserved to be among so many wonderful people and groups who have all worked so hard for their communities.

The whole evening was fantastic, but if Im honest everyone in the building started to flag after the main awards and entertainment break - so the latter half of the awards were a little more subdued.

Then it came to our turn, the Community Organisation - LGBT category sponsored by Lush Liverpool, where we were shortlisted alongside such fantastic groups as Rainbow Toffees, Wolverhampton LGBT+, Sarbat LGBT+ Sikhs and many others.

None of us expected what happened next.

I can still recall my thought process as the winner was announced, and it took a good thirty seconds to register that they had announced that we had won. I looked at Steph who was sitting there with her head in her hands in disbelief, and the rest of the team - everyone hugging and looking thoroughly shocked.

Me? I was bouncing up and down, shaking like a leaf and trying not to burst into tears as I rounded them up before heading towards the stage.

It’s all a bit of a blur after that. I remember Steph getting the award and handing it to me. I remember desperately trying not to cry. And I remember that the room didn't seem to be paying much attention.

Then Steph started talking. Gradually, it all went quiet. People were listening.

Firstly, can I say we are very honoured to be with all you incredible people tonight.

Obviously, I would like to thank everyone who voted for us, all our supporting writers, and special thank you to Claire for all her amazing work that led us to make two human rights submissions to the United Nations within the last nine months.

There are about four hundred and fifty thousand trans people in the UK. Around half are too frightened to leave their homes because of the fear of abuse on our streets ….and often, the other half can’t even get a job.

Because of the pressures of being trans, shockingly, around 50% of my community consider suicide and over the years we have lost tens of thousands of people – I myself have lost two good friends.

Trans healthcare in the UK is abysmal. From the start of our journey to full transition, we are looking at around a decade.

We don’t choose to be trans, it’s a matter of survival and one of the most challenging journeys in Humanity.

In the 1970s and 1980s, our LGB siblings were being singled out by our media (Daily Mail) as corrupting the core fabric of society. Today in 2022, it is trans people who suffer similar hateful allegations, consequently, in the last 12 months, trans hate crime has risen by 59%.

Our government, this Tory Government, is anti-LGBT and, in particular, trans hostile. Just seven years ago, the UK stood proudly at the top of the European Human Rights LGBT+ index. Today, we are 14th, and the human rights organisation, the Council of Europe have compared the UK with Russia.

But trans people will fight for acceptance in the workplace, in politics, in sport, in society... and one day......perhaps not in my lifetime .....we will succeed.

Thank you very much.

We definitely were not expecting what happened next. As Steph’s said ‘Trans Rights’ the applause really started.

As we filed off stage, still in shock, the brilliant Annie Wallace came dashing backstage to congratulate us all with a huge hug, before we were whisked off for backstage winner photos and an mini interview - where I’ll admit, I babbled. 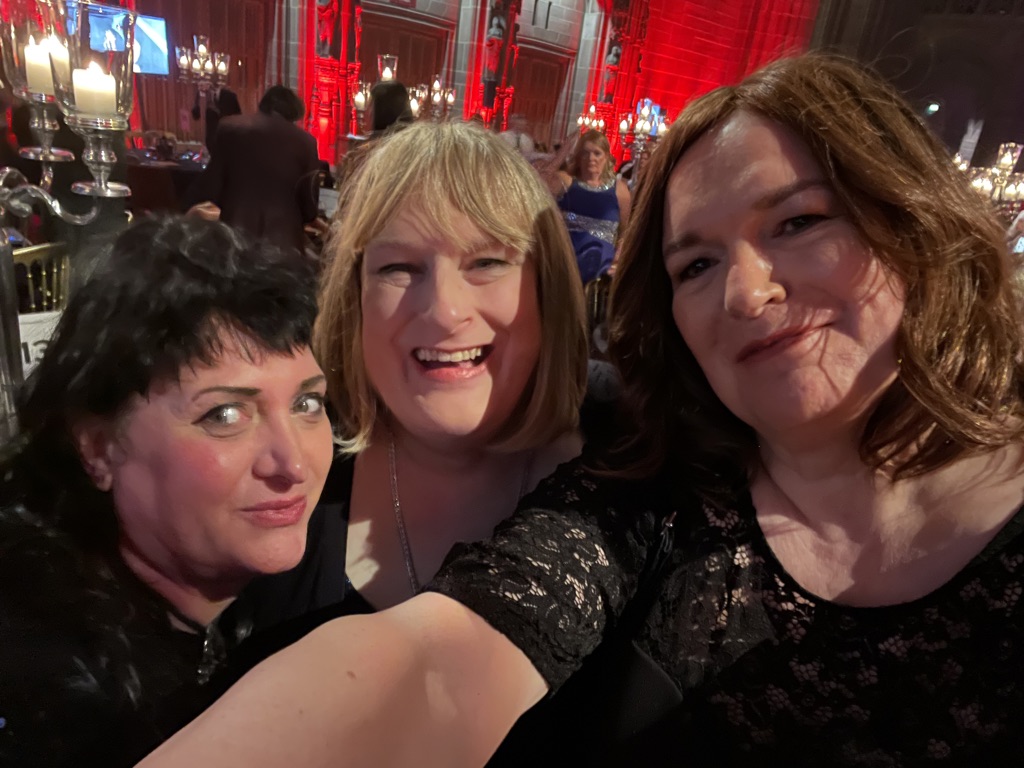 You can see a video of the nominations, speech and standing ovation here.

The rest of the night was a blur of shock, photos and congratulations, with many people commenting that Steph’s speech was the speech of the night. 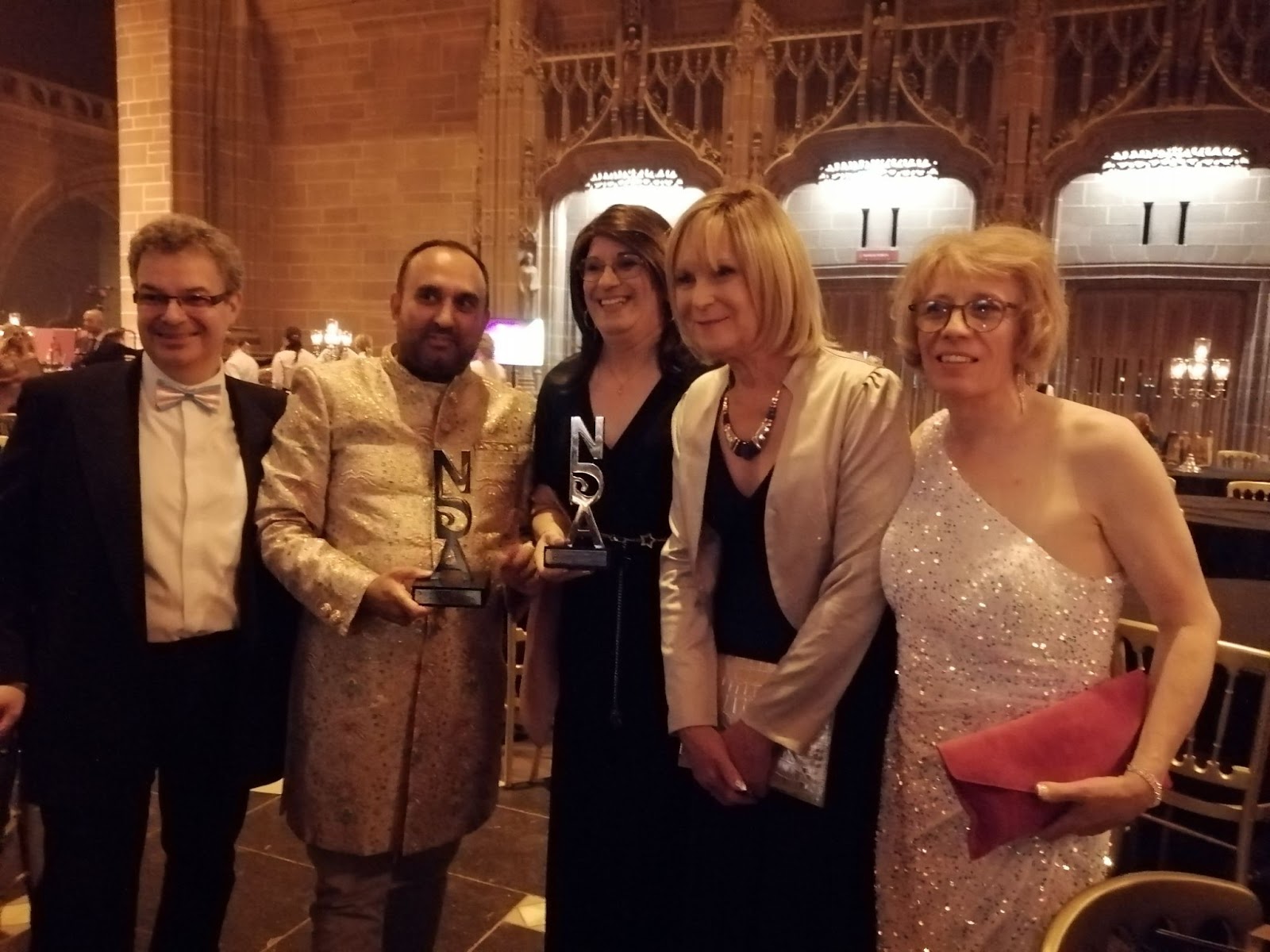 And it was a fantastic night for trans and LGBT representation.

And Dame Kelly Holmes won Celebrity of the Year Award, which many in the trans community feel is massively contentious. But there’s another story there, and it’s one we may share another day - but let’s just say there was a conversation.

Now it’s a week later and we still can’t quite believe it happened. But we couldn't have done it without your support.

This award isnt just for us - it's for the entire trans and non-binary community.