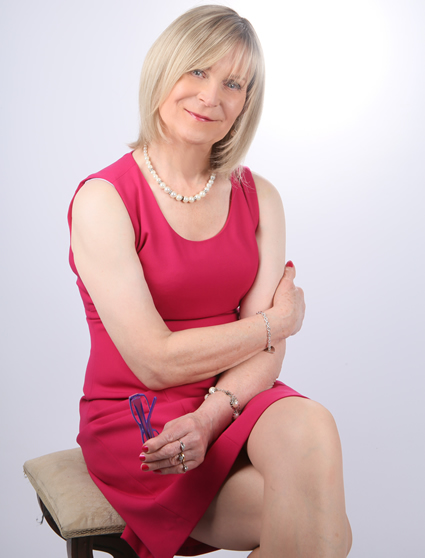 Coming out is far from easy for a transgender person, and I would compare it to coming out as a gay person forty years ago.

Even today, of course, some gay people in the UK (for a variety of reasons) cannot come out even though society, in general, accepts gay people as a norm.

Julia Serano (my favourite trans author) suggests it is easier to come out FTM than MTF. I tend to agree with the points in her book “Whipping Girl” that some men detest “former men” who reject the “dominate gender” and that some women can’t understand why “a man” would want to relegate themselves from what is perceived as the “dominate gender” without an ulterior motive.

I would mention, though, that while society may see men as the dominant gender, I do not see my gender change as relegation; it is more like coming home.

In my early days, only a handful of people knew I was transgender. Still, when I started serious transitioning, I was aware I had to tell people before they saw me in obviously feminine clothes. The one big plus, though, is trans women can get away with wearing women’s clothes and not look feminine…such is the diversity in women’s clothing. In fact, over 30 years, I have never owned a pair of men's jeans and have always worn women's jeans. I don't think anyone ever noticed, and if they did, they certainly did not say anything to me.

I would undoubtedly suggest to any trans person who wants to come out to consider the "slow burn". Just by wearing edgy clothes or behaving in a way accustomed to your preferred gender will "send signals" that will break the shock of a full "coming out."

Also, bear in mind that not all transgender people can or perhaps wish to take the type of journey I have done. There are plenty of trans people who identify in a gender but do not wish to conform in appearance or behaviour to their chosen gender. Some people come out by a 'not so simple' conversation, some by note or letter and some by video.

Here are a few examples:

One thing is for sure trans folk who come out by any direct method will (in my experience) normally get one of two reactions, support and acceptance, or rejection. Sometimes, people need a bit of time to "come around" that a friend or relative is trans.

Stories of parents throwing out from the family home their teenage son or daughter after they came out as trans are in the media ….so coming out needs careful thought, especially if they/you are vulnerable.

In my case, I came out to my nearest and dearest first, and all I got was amazing support. The truth is, to date, I have never suffered rejection from a single person, but I do know some transgender people who have.

And make no mistake, it really hurts them, especially if the person who rejects is a very close relative.  Sadly, coming out may risk losing contact with parents, brothers and sisters, not to mention rejection by work colleagues and even alleged friends. There can be a price to pay when changing gender.

Basically, two thoughts inspired me to come out.  Firstly, honesty…. I just could not live a lie any longer; I needed to tell people I was a trans woman.

And secondly, a speech & thoughts from the gay activist Harvey Milk who was murdered for his beliefs in 1978.

His speech resonated in my head for many months, with the word “gay” being substituted for the word “trans”.   I felt I had to tell people, and in my case, I was rewarded with love and support; in fact, the people around me just got closer.

Once when telling a work colleague I was transgender, she burst into tears and then revealed that two members of her close family were trans, and only days earlier, one of them (FTM) had tried to commit suicide as his surgery had been postponed for a second time. He was subsequently sectioned for his own safety. I am pleased to say since that time, things have stabilised and he is now fine.

But from the day I came out to her, we have been much closer, and we talk regularly about how things are going for her and her family.

I am humbled that my coming out to her had actually helped someone who once had a much bigger problem than mine.