Listening to each other is important - with thanks to everyone who has contributed to this page. 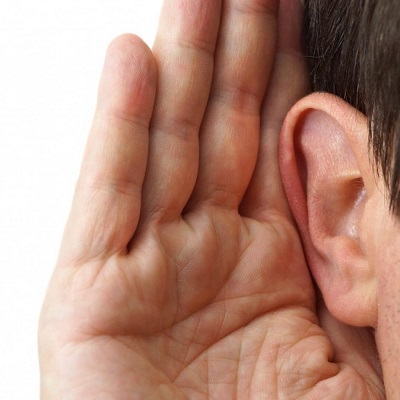 We all have beliefs, and it is unreasonable to expect that everyone shares those beliefs. I am very grateful to all the reasonable people who have contributed to this page. It took five (often difficult) months to get here - but we got here in the end.

(1) Gender & Sex are different and of equal value.

(2) Gender is our personal belief of our rightful sex and is a spectrum. People have the right to dress, identify & express themselves as they wish, without discrimination of any sort.

(3) Sex historically has been just two sexes, (as identified/assigned by genitals at birth). It has to be respected that many people believe that biologically it is not possible to change sex. However, others especially people who suffer DSD or show distinct secondary characteristics may believe sex is a spectrum or prefer the term "Non-Binary". Biologists are torn in regards to exactly what classifies as "Male" & "Female" and in law, there is no legal definition of "sex". Legally, it is possible to change sex by way of a Gender Recognition Certificate. The sensible compromise is to suggest that there should be three legal sexes, Female, Male & Non-Binary and for trans people to accept that they fall between the two sexes of Female & Male.

(4) We believe the current Equality Act 2010 works very well. It gives service providers the right to discriminate legally (including those with a Gender Recognition Certificate) to preserve single-sex/private safe spaces as required by the service provider. In regard to services, it is the SERVICE PROVIDER that has "rights" - NOT the people using those services.  From time to time, we may ALL require these spaces irrespective of sex/gender. Service providers including prisons, hospitals & refuges should not consider the sex marked on a birth certificate, working instead based on risk to others in a facility taking into account medical evidence and how potential users present. If the service provider is unfair in allocating those spaces, they should be liable to prosecution for sex discrimination.

(4a). Subject to the service providers discretion changing rooms with washing facilities shall be considered a potential single-sex space. Toilets should be considered as multi-use similar to those as available in aircraft and trains. Where there is a designated sex/gender toilet (or shop changing facility), the user should be free to use as they identify subject that a reasonable attempt has been made to identify & express in line with the facility they are using.

(5) Trans people should be able to participate in sport as per the terms of the Equality Act 2010. The onus is on the trans person to declare to the sports governing body (and or club) that they are trans if there is any advantage in them being trans or if by being trans there is a possibility of causing injury to other participants. Trans people should not be discriminated against if there is no valid reason to do so.

(6) The Gender Recognition Act 2004 should be reformed to offer multiple ways to achieve a Gender Recognition Certificate (GIC) as per 6a, 6b, 6c & 6d below. In addition to these points, there is no objection to the process moving online but we also feel that an applicant should have the option to meet (either in person or remotely) with panel members. There should be no costs involved in applying for a GIC as it amounts to a tax for being transgender, which in its self is not a choice. Peoples gender options should be Female, Male or Non-Binary.

(6a) The current conditions should stay in place with four amendments being actioned. 1. The Spousal Consent requirement should be abolished. This is because if the non-transitioning partner is unhappy, they clearly have grounds for divorce in exactly the same way as they would have if the transitioner is an adulterer. 2. The Real-Life Experience Test should be reduced to three months instead of the current two years. 3. The names of the people forming the panel should be made known so that the applicant so they can (if they wish) object to any panel member. 4. If the application is rejected, the applicant has a right to appeal without cost.

(6b) A trans person who has undergone "bottom surgery" in line with WPATH/NHS guidelines is immediately awarded a GIC in line with their request.

(6c) A trans person who under WPATH/NHS guidelines is undertaking HRT (Estrogen for trans women, Testosterone for trans men) shall immediately be awarded a GIC, in line with their request, after two years subject to blood results showing they consistently fall within the transitioning range.

(7) All forms (including identifying documents) should be free of the requirement of asking or showing a sex or gender or at the very least offer the options of Male, Female and Non-Binary.

(8) At birth, a newborn should be issued with a National Insurance Number (NIN). The birth sex ("Male"/"Female"/occasionally "Inter" as per genitalia) should be secretly recorded within the NIN but not recorded on the actual birth certificate itself. In later life, the recipient can request from the government the issued sex at birth and change it if appropriate.

(9) It should be considered an offence for a person to purposefully misgender another person or fail to use any requested pronoun(s).

(10) The definition of Transphobia shall be as defined by TransActual. Click HERE for details.

(10a) The definition of a 'woman' is someone who believes she is a woman.

(10b) The definition of a 'man' is someone who believes he is a man.

(10c) The definition of someone who is 'non-binary' is someone who wishes or feels non-binary or gender-free.