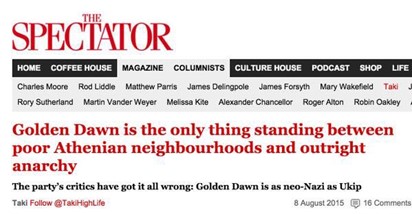 The big story of today is the Guardian's censorship of Prof Judith Butler. It is a story that UK mainstream media will try to smother. So to start with, this is the section that the Guardian removed;

It is very appealing and sometimes quite frightening to see how trans exclusionary feminists have allied with the right-wing on gender. The anti-gender ideology movement is not opposing a specific gender but seeking to eradicate "gender" as a concept or discourse, a field study, an approach to social power. Sometimes they claim that "sex" alone has scientific standing, but other times they appeal to divine mandates for masculine domination and difference. They don't seem to mind contradicting themselves.

The terfs (trans exclusionary radical feminists) and so-called gender-critical writers have also rejected the important work in feminist philosophy of science showing how culture and nature interact (such as Karen Barad, Donna Haraway, E M Hammonds or Anne Fausto-Sterling), in favour of a regressive and spurious form of biological essentialism. So they will not be part of a coalition that seeks to fight the anti-gender movement. The anti-gender ideology is one of the dominant strains of fascism in our times. So the Terfs will not be part of the contemporary struggle against fascism, one that requires a coalition guided by struggles against racism, nationalism, xenophobia and carceral violence, one that is mindful of the high rates of femicide throughout the world, which include high rates of attacks on trans and genderqueer people.

The anti-gender movement circulates a spectre of "gender" as a force of destruction, but they never actually read any works in gender studies. Quick and fearful conclusions take the place of considered judgements. Yes, some work on gender is difficult, and not everyone can read it, so we have to do better in reaching a broader public. As important as it is, however, to make complex concepts available to a popular audience, it is equally important to encourage intellectual inquiry as part of public life. Unfortunately, we are living in anti-intellectual times, and neo-fascism is becoming more normalised.

There will probably be no explanation about why this passage has been censored, or there will be an excuse related to legal action related to the fact that the question to which this was the answer was about WiSpa events where fascists collaborated violently with TERFs...

This is an excuse that will not survive any examination: Firstly, they could have rephrased the question, this happens all the time in journalism, it is not a big deal. Secondly, I'm told Judith Butler also offered to rewrite this section so that it could remain.

The *real* reason for the censorship of this piece is because of what it says. This is the 1st time in UK mainstream media that the accusation has been made that TERFs/'gender-critical' transphobes are collaborating with fascists, Nazis, religious fundamentalists, Proud Boys, Incels, indeed the whole gamut of organisations on the extreme right. There is plenty of evidence for this in alternative media.

For example, this piece by Brynn Tannehill and this group from Australia, which is an extreme right misogynistic, anti-marriage equality group that has simply changed into a TERF group.

This piece of research by Trans Safety Network also suggests there is a collaboration between TERFs and the extreme right over the WiSpa violence. This is far from the only example of collaboration between “gender critical” transphobes and fascists, though. And no less a person than Dunja Mijatovic, the Council of Europe Commissioner for Human Rights, has pointed out the links between the extreme right and organised transphobia. Freedom News has also warned against the alliance between ‘gender critical' transphobes and the far right.

Cristan Williams' outstanding peer-reviewed article about the history of “gender critical” transphobia is worth reading (Williams 2020) since it demonstrates that “Gender-Critical” Transphobes/TERFs have repeatedly deployed fascist techniques, including actual violence and the threat to use guns, since the 1970s.

The connection between fascist groups that use religion as a veneer for their hate, in the same way, that “gender-critical” transphobes use "feminism" as an alibi for their transphobia, is made clearer by Archer, Nandini & Provost. And Open Democracy has documented the alliance between 'gender critical' transphobes/TERFs and the far-right “Christian” extremists since 2018. Additionally, Kuhar & Paternotte's (2017) book detailing research about anti-gender campaigns in Europe clearly makes the connection between TERF hate groups & the extreme right.

There are direct links (including shared personnel) between the US extreme right's anti-trans kids legislation in states like Texas & Tennessee (the same people who are banning abortions in Texas) & UK TERFs attacking #trans kids human rights. There is now increasing evidence that UK TERF groups, as part of the anti-gender movement in Europe, are being funded by rightwing money from the US and Russia.

This is why they are all so cagey about their (considerable) funding. I could go on and on; there is ample evidence of collusion, not just ideologically but in terms of the shared Modus Operandi between far-right groups & “gender-critical” transphobic groups, especially in the UK. It is no coincidence that the well-known actor and passionate advocate for trans liberation, David Paisley, has had to leave his home country of Scotland because of threats to his life as a consequence of him speaking out against “gender critical”/fascist transphobia.

The difference now is that Judith Butler is the first person to get this information into UK mainstream media. UK MSM, including the Guardian, is deeply transphobic & one of its functions would seem to be to protect “gender critical” transphobes' pernicious and hateful ideology from serious criticism. It is an ideology that cannot stand up to any serious challenge or inspection. It is little more than an attempt to rationalise a deep fanatical hatred, which is why this kind of material, which reveals the reality of “gender-critical” transphobia's links with the extreme right/Nazis/fascists, must be removed at all costs.

UK mainstream media operates a hermetic exclusion policy when it comes to transphobia, for this reason, and this action by the Guardian, which has already ignored the antisemitism of 'gender-critical' transphobes (and Kath Viner, its editor, has been told about this) to censor Prof Butler – who is, it must be remembered, also Jewish – fits into an existing pattern, detectable across UK mainstream media.

In fact, anti-trans activists have been openly collaborating with the far right in the form of the Spectator for years. Regular anti-trans articles by “gender-criticals” in a magazine that is so far to the right it openly supported actual Nazis.

Of course, all this ignores the way the Guardian has pretended to champion the "free speech" of academics, complaining that somehow trans people were "silencing" transphobes in academia (although they have never been able to give any examples of anything that was not published as a result of this “silencing”).

Every single one of the signatories to this letter, for example, and plenty more besides, needed to voice their opposition to the Guardian’s censorship of Prof Butler, or be regarded as guilty of transphobic hypocrisy. The fact that few, if any, of them have, is telling.

There is no outcry from the transphobic media, especially the Murdoch Times, which is also significant. They are not in favour of “free speech” after all, just in favour of transphobia.