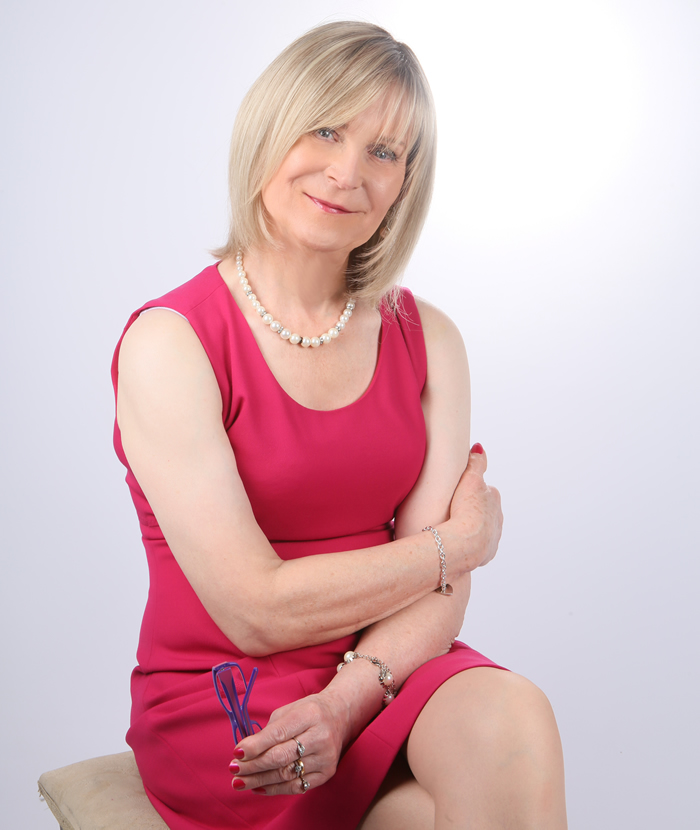 Three score years and ten; the nominal term of human life. Then it becomes "borrowed time", I guess. Whatever the truth, we all get older and hopefully a bit wiser, assuming our health stands up.

Borrowed time starts for me in just a few short weeks.

Luckily I am in good health - okay my knees are giving out, I find stairs difficult especially coming down them, and I had a fall a couple of years ago that resulted in going to A & E.

My Will was made years ago; funeral requests are known in the family - the cheapest coffin on the market, a trans flag draping over it and loads and loads of happy music.

The crazy thing is that I can live as a woman in the UK - to be exact I live in wonderful Portsmouth - (short ad break do come and visit)!

I have that "female" driving licence and passport, but I can't die as woman because I don't have a Gender Recognition Certificate (GRC) which I would add has a prominent note on it saying - WARNING: A CERTIFICATE IS NOT EVIDENCE OF IDENTITY.

I am not alone; of course, it is estimated that just 1% of the trans community have a GRC because the simple fact is the application process is so complicated!

The Tory Government (and gender-critical fraction) all point out that the application cost has fallen to just £5. All well and good, but the devil is in the detail and reading the THIRTY pages of the "General Guide " (a document known as T455), it becomes apparent that the cost reduction is meaningless.

Katy Montgomery, for example, a well known trans activist and exceedingly beautiful, worked for weeks on her first application only to be rejected because the appointed panel (we are not told who they are) did not like the wording on ONE of her many supporting documents.

I can not even apply, despite being on hormones for ten years and having lower surgery in 2019.

To cut a long story short, I went private, and the Psychiatrist I used who sits on the BUPA Gender Panel is not recognised by the Ministry of Justice (MOJ) as an expert. Good enough to put me under the surgeon knife - but not acceptable to the MOJ.

Since 2004 when the Gender Recognition Act (GRA) came into being, a lot has changed. Private trans healthcare is booming in the UK - driven by many years of waiting, trans folk beg, steal and borrow to save their mental health.

Do the government care?

No, not really - if the individual pays, it saves the public purse thousands.

So while I can only speak for myself, I equally know there are dozens, perhaps hundreds of reasons trans folk can't obtain a GRC.

And I know only too well how that hurts. I can live like a woman but must die as a man - my deadname comes back to haunt me when dead.

The gender-critical claim that to make it "too easy" to be awarded a GRC, men will invade single-sex spaces - forgetting, of course, that to get the best photo ID on the planet, a passport in your new sex is relatively simple.

A GRC does NOT give access to single-sex spaces - that's a LIE-  broadcast by the Gender Critical to frighten women.

So for me personally, my next step to a GRC is to go back to a Psychiatrist (this will be the fourth time) and prove who I am. The problem now being is the vast majority who the MOJ approve are tied to the NHS trans healthcare system - with up to a FIVE-year wait even to be seen!

Going around and round in circles, what great fun!

Does the system end there - no, not at all. The next step in the process after the MOJ 'General Guide" is to wade through the "Terms and Conditions" of document T451 - that's the "Guidance on Completing the Standard Application".

More than one way to apply?

Yes, and don't ask, it is incredibly complicated!

T451, it's shorter (LOL), another TWENTY FOUR PAGES before you get to the SIXTEEN pages of the application form itself called a T450.

Don't forget to include your TWO YEARS of evidence to prove that you live in your new gender - meaning dozens, perhaps hundreds of bills, statements and official letters confirming that you, are, well you.

This blog is just a glimpse to prove that the GRA needs reform - there are literally dozens of hurdles I have not included in this short piece.

Self-identification is legal in some seventeen countries with a population totalling over 700 million - they do not bother with 70 pages of red tape.

Are men getting new GRC's and attacking women in other countries that operate Self - identification?

If they were, I am damn sure the gender-critical would be screaming at the top of their voice.

Irrespective of what country you live in the UK - the Gender Recognition Acts' needs urgent reform.

But for me just personally will GRA reform come quick enough?

Parliament debates it again on the 21st of February.

Please Sir; I don't want to die like a man.