Labour are not working for trans people just now. 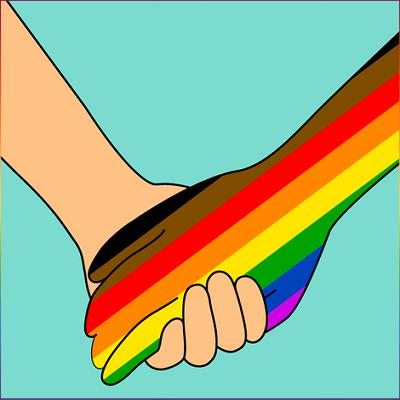 Trans allies are important - critically important. It is only by having a robust cis ally base that the trans cause can truly gather acceptance of trans people in society.

And we are behind out LGB brothers and sisters by decades, probably two or even three decades to be precise and whilst I am optimistic our young generation will see our cause over the line, it is people now that are making the inroads. The general public is starting to help by understanding the use of pronouns.

She/her, He/him, They/them ..are now seen in email signatures across the UK. By using a pronoun you are not saying you are trans, gender fluid or indeed any other "label" - you are saying you stand with a gender-diverse society.

But some allies do more, and of course, we look to our MP's and political parties, in particular, to change archaic laws that condemn trans people to a caste system not dissimilar to that of people in India. Trans rights are human rights.

So when I look at our MP's, I am starting to see a distinct pattern.

Surprisingly it is the Tories that make the most noise not just about maintaining our current position in society but also the reverse - taking us out of the depths that we find ourselves in.

Tory MP's have written influential articles in magazines like Conservative Home in favour of self-ID and acceptance, while others have made a video saying "I am a trans ally because...."

Powerful stuff, because these people like Nicola Richards and Caroline Noakes to name just two of many are going against the grain of right-wing Conservative ideology. They are putting their careers on the line.

And then there is the fantastic Crispin Blunt, who recently stood up in Parliament and tore the current Women's & Equalities Minister (TERF Truss) apart, suggesting no less that she should step down.

And on Twitter, I see lots of interaction by LGBT Conservatives promoting trans rights. I must admit they dominate Twitter by a very considerable margin.

Our community knows the Green's and Liberal Democrats are on our side too. Again we see messages of support, and very recently the Liberal Democrats came out with an incredible "Transphobia Definition" statement for use within their party.

And then there was Labour - my party - the one I joined some two years ago (despite being a near Tory) because I felt they of all parties would represent minority groups best.

I have certainly voted Tory more times than Labour in my life. I voted Tory purely on the basis that they could look after the economy better than any other party.

But then I started to move left - because people, disadvantaged people matter.

Not just trans people but BAME people - those caught in poverty and other disadvantaged groups too.

But I am trans, so naturally, I look out for my community, and I am sorry, but the Labour party has of late been pathetic - yes pathetic in standing up for trans folk.

Yes, we have the odd Labour MP who have made significant stands like Nadia Whittome, Zarah Sultana and Stephen Morgan but "the party"?

And then we get to Rosie Duffield - "Only women have a cervix" she said. I made an official complaint - I have heard nothing back at all.

Thanks, Rosie. I feel great about that as does my cis wife, who had ovarian cancer and consequently a total hysterectomy - she doesn't have a cervix either.

And now Marsha De Cordova of all people, the SHADOW of TERF Truss has put her foot in it too!

Unlike some on Twitter, I am not ripping up my membership card just yet but be warned Labour Party - up your game significantly regarding trans rights or I will look for a new home because just now our party - my party - are crap.