The trans woman who has changed our world. 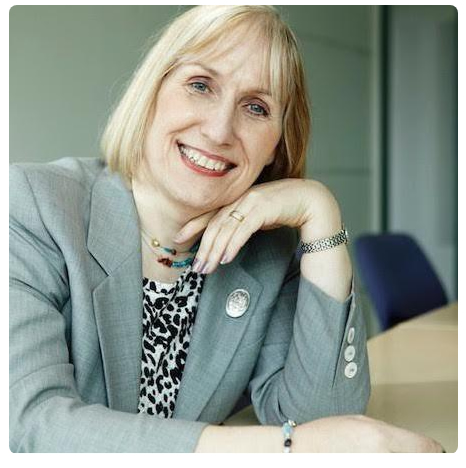 Not many people can claim to have shaped our digital world as much as the computer scientist and trans woman, Sophie Wilson (CBE FRS FREng DistFBCs).

Her ambitious story begins in the late 70s when she was experimenting with microprocessors at Cambridge University. Her early work, alongside creators Chris Currey, Steve Furber and Hermann Hauser, lead the way for what was to become nothing short of a revolution in computing technology which would open the minds of children across the UK (myself included) to coding and the first use of basic computing skills in education.

I was very much directly affected by Wilson's influence on computing in my school days by the introduction of the Acorn BBC Micro computer which the government of the time had decided every school should have.

I didn't know it then, of course, but she designed the main chipset (ARM architecture) and programming language for this machine. I just saw this thing being rolled into our classroom and our head teacher, Sister Mary announcing that this was the future and we will all get a turn in using this machine.

One computer for the whole school!

A box with a keyboard connected to a cathode ray TV which ran at 2MHz, and had 32K of ROM. The Model A shipped with 16K RAM!

To put that in perspective the phone you are using right now is 100.000x more powerful with average processor speeds of 2GHz and RAM of 2GB. It was another world, but the start of something huge that none of us, even our teachers could really get a handle on yet.

Still, my eyes lit up when I saw this beautiful object all set up.

I looked at my friend and we both recognised something that our teachers were still yet to fathom. This was the answer to something we didn't even have a question for yet. It was exciting, it was a world to get lost in. I needed that, being a awkward, socially reclusive and over-thinking child. It was something which made sense to me and was a way to do well at school, for once. Me and my friend, who was handy with a soldering iron and was lucky enough to have a father who owned the very same computer, had the privilege of being the first people who we knew who had a fully functioning home computer.

We set about modifying and pushing the machines to do new things.

Because of Sophie Wilson and the team at Acorn l had a new hobby which would lead me into coding music on Commodore Amiga computer systems for games. I learnt Hexadecimal code and I still score music in that language today. Its niche now, of course. There are just so many easier ways to do things, but in essence all music is simple code. Its the punch card in a barrel organ in digital form.

There was a short time in the 80s when the UK had the best computer technologists in the world.

The home-computer revolution happened first in the UK with Acorn and competitors, Sinclair. It's not an exaggeration to say that Silicon Valley could have existed here. The UK has a rich heritage of computing from the original code breaking machines from Alan Turning and the development of what became known as the Manchester Baby, a first ever processing computer developed by Frederic C. Williams, Tom Kilburn, and Geoff Tootill.

Sophie Wilson is very much part of this lineage.

Sophie's influence is vast. The central brain of almost all mobile phones around today contains the ARM Architecture and its contemporary derivatives.

So remember, when you are getting heat on twitter from someone who is trying to intimidate you - they are most likely using a device reliant on a chip patented by Sophie Wilson - a little bit of transness in their hand and they don't know it!

Thank you for giving so much we take for granted to the digital world.