24th May 2020. Opinion: Boris; Don't Cis and Trans Women Deserve Better Than This?

Is three job Liz Truss really able to handle all of her workload? 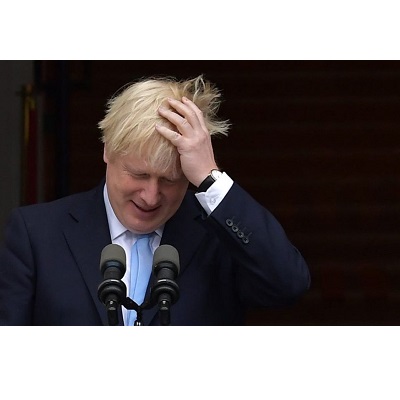 Being an MP is without question a pretty stressful job!

On average an MP looks after the interest of around 72,200 people in England, slightly less in the remaining three countries of the union but whatever the actual size of an MP's constituency they have a very heavy workload.

Having seen an MP in action, I have to admit it is a job I could never do. Indeed, the MP I meet was very impressive in an office environment and meeting with MP's in less formal settings, as I have done on several occasions they have equally impressed me.

But I do have a big concern regarding Liz Truss.

I am sure she is a very able lady, certainly looking at her CV it is awe-inspiring, but ....and it is a very big 'but'...can you really expect her to do three jobs in government?

Yes, women can multi-task, but she looks after not just her constituency she also holds the position of Secretary of State for International Trade and President of the Board of Trade, (that's actually only one job). She also has the role of Minister for Women and Equalities.

Regarding her trade position, Liz is dealing with organising new trade deals from across the globe and given the fact we have left the EU, trade with the USA, China, Japan and countless other countries are mega important matters just now. Some would argue it is perhaps one of the biggest jobs in government given the future of the country may well depend on her success.

And then we get to Liz's third job...Women and Equalities.

There are 32 million of us, and I am pretty sure most of us would have a gripe about equality. What about equal pay for starters? What about the abuse that results with women having to flee to a refuge? And what about the concerning fact that more and more women are turning to alcohol? Surely the Minister for Women should be shouting from the rooftops about all these issues and many more!

And then, of course, I have an interest in trans women's affairs and given all her speeches have been very negative so far, to be very honest; Liz Truss frightens me to death!

It looks like I will be 'allowed' to be a woman, but the equalities bit is being thrown out of the window.

I am sorry Liz, but I don't trust you!

And more to the point I don't trust Boris Johnson.

Because if UK trade is vital and women affairs are very important just why oh why are you putting all this workload on one women's plate? Or is it the case that, Boris doesn't think women are important at all?

Or, looking at it cynically, is Liz Truss being set up to fail? After all, Liz Truss is a woman, so if it all goes pear-shaped, it will be a woman who will take the blame!

And where is Penny Mordaunt?

Most people agree she did a reasonable job when working for Teresa May and from a trans view, she was I believe trusted. She got promoted when Teresa May was in power taking her from women's affairs to the Ministry of Defence.

Penny was tipped for big things; there was even talk she would go for the Tory leadership when Teresa May was forced out. Perhaps it is the case she was just too good because Boris doesn't currently want her in his cabinet.

Which leads me to wonder what exactly is Boris's strategy?

Two big governmental jobs, all on the shoulders of Liz Truss...and Penny Mordaunt on the sidelines.

I just don't see the logic.