In gender terms I don't doubt even bearded woman are trans, but 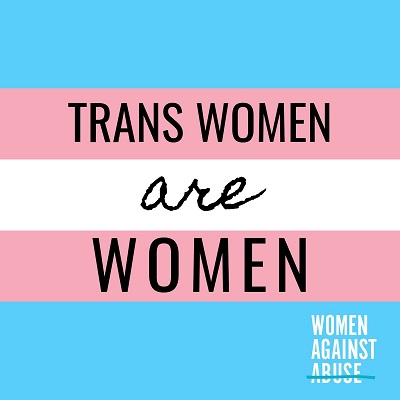 Trans women are women says the slogan. But we are not. In gender terms, I dont doubt that trans women - even "bearded women" are women. But as my adversary Sarah Phillimore often says "sex is immutable" and I can't argue with that. A finger is a finger, a toe is a toe, and a cervix is a cervix and as much as I wish I were born a cis woman -  I was not - that is why I am trans.

Nor can I change sex completely (give birth) - again I wish I could - but I can't.

Some say 'people are either a man or a woman' (binary thinkers) and there is some truth in that too, but I would claim we can challenge that. I have always been of the view that there are more than two sexes. Perhaps my home is there.

Because I am not a cis woman - nor a cis man.

I was a cis man (of sorts) but made the conscious decision to destroy as much maleness as possible. I no longer qualify for manhood for I dont have all the "right bits", my hormone range is female, and my testosterone range is female. And before all those perfectionists who then turn to the chromosome argument (we usually have 46 of those) only one of mine is pear-shaped. In mathematical terms, I am just 2.17% different to a cis woman and I can live with that.

But being trans is not something we should be ashamed of. And let's get honest here. Our LGB cousins have never suggested that they are "straight" - so why should we pretend trans is cis?

In fact, I would argue being trans is something to be very proud of. In other societies, trans people are considered to be very special people, and indeed I feel I have the gift of being able to see issues as both a woman and a man.

And those of us who are persecuted in the UK (and other western cultures) can look back in history and be prouder still.

For history tells us that there have been other depressed groups who have had to fight for their rights. The struggle of black people has been ongoing for centuries and is still ongoing. And in the UK the suffragettes fought for votes for women with some giving their lives - and you can't make a bigger sacrifice than that.

We have a cause. A cause for equality, and we know from dozens of polls from research companies that trans people are not fully trusted.

We are not fully trusted to teach the kids, to be a police officer or be a politician.

And all the time we go round saying trans women are women we are simply not creating trust.

I HATE yes HATE agreeing with J K Rowling that "sex is real", but it is.

But before all you "I Love JKR" addicts runoff in glee - I have bad news - I dont consider JKR much of a woman either.

Because being a woman is not just about menstruating - she can menstruate for Scotland for all I care.

Being a woman is much, much more.

And from here I can speak with loads experience for I have lived and worked with hundreds (possibly thousands) of women for over half a century.  At sixteen, I trained as a hairdresser at a Technical College. I was one of just three "boys" - there were over sixty girls. My lecturers were all female, and when I went on to work in the beauty industry, I was invariably the only "male" in twenty yards.

Eventually, I left the beauty industry - it is funny how fate turns a life completely around - I did work that was much more fulfilling.

But I still worked with women and without giving away where my career took me for over thirty years, I was close to hundreds of women (and often kids). And even to this day - I still work with nine cis women, all of whom are amazing. Barely a man in sight - and that is just the way I like it.

So why dont I consider JKR an excellent advert for women?

Because being a woman is more than sticking a Tampax inside you. Virtually every woman I have ever known has one gift that I dont see in JKR.

Now there will be some JKR fans who will choke on their Cornflakes that I say JKR is not a great woman. They will say she sticks up for women, even protects women (and kids) and gives thousands to various charitable causes.

She is not throwing herself under a horse, as Emily Davison did fighting for the suffragettes. She uses her massive voice against a minority of people who are disadvantaged.

So in a world of free speech, my opinion of her is valid - as is yours (or hers) is valid of me.

And if you dont like my opinion - then think for a second... what empathy actually is.