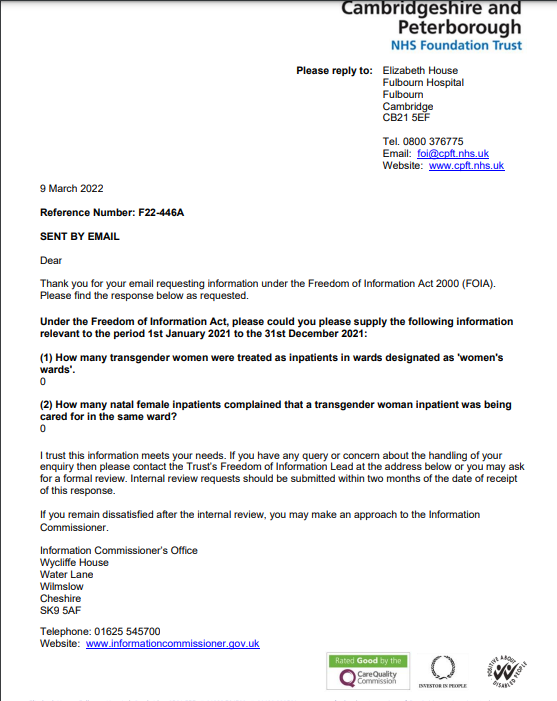 Today, (15:58 Thursday 10th of March 2022). the third to reply - Cambridge & Peterborough - No trans women inpatients, so obviously no complaints.