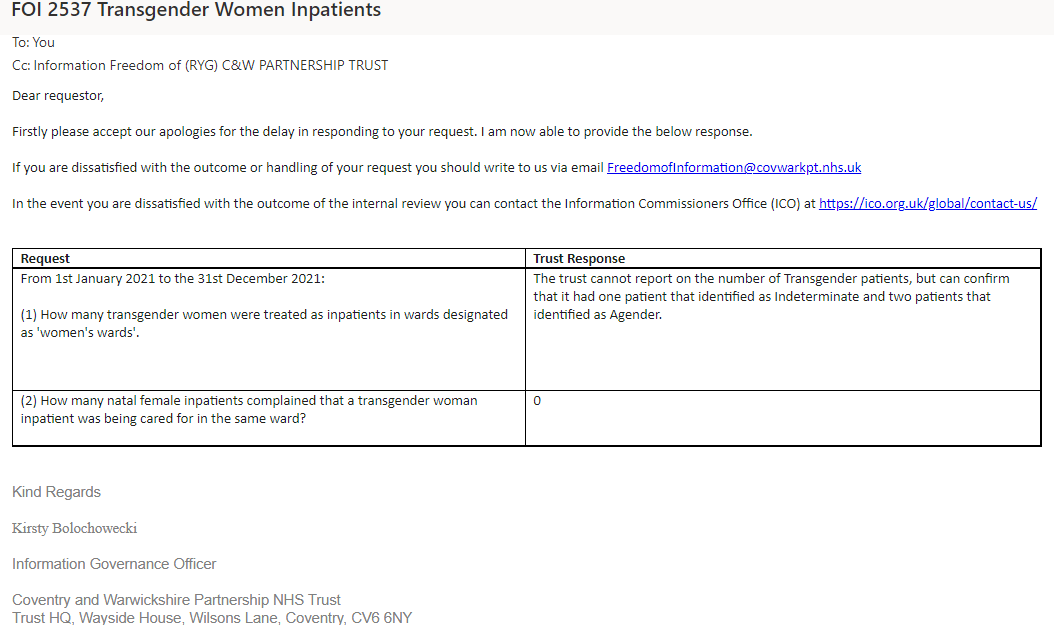 Uploaded today, (15:33 - 1st of April 2022), the eighteenth to reply - Coventry & Warwickshire - as is the case with all the replies we have received, there were no complaints recorded.