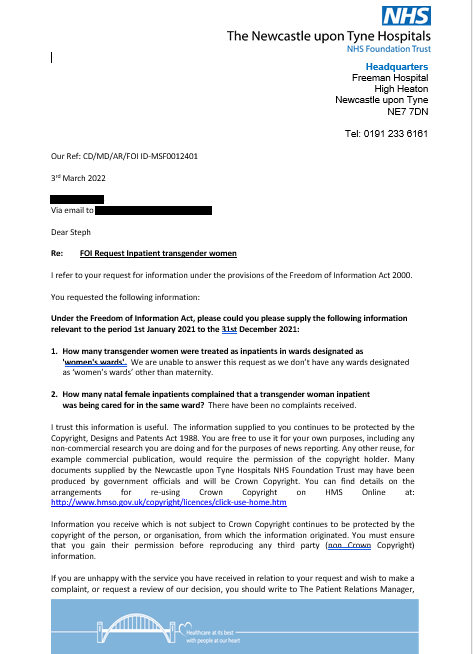 Today, the first to reply - Newcastle, where it appears single-sex wards don't even exist! We are pleased to note however over the year ending 31st December 2021, Newcastle Hospitals did not receive a single complaint as per our second question asked.