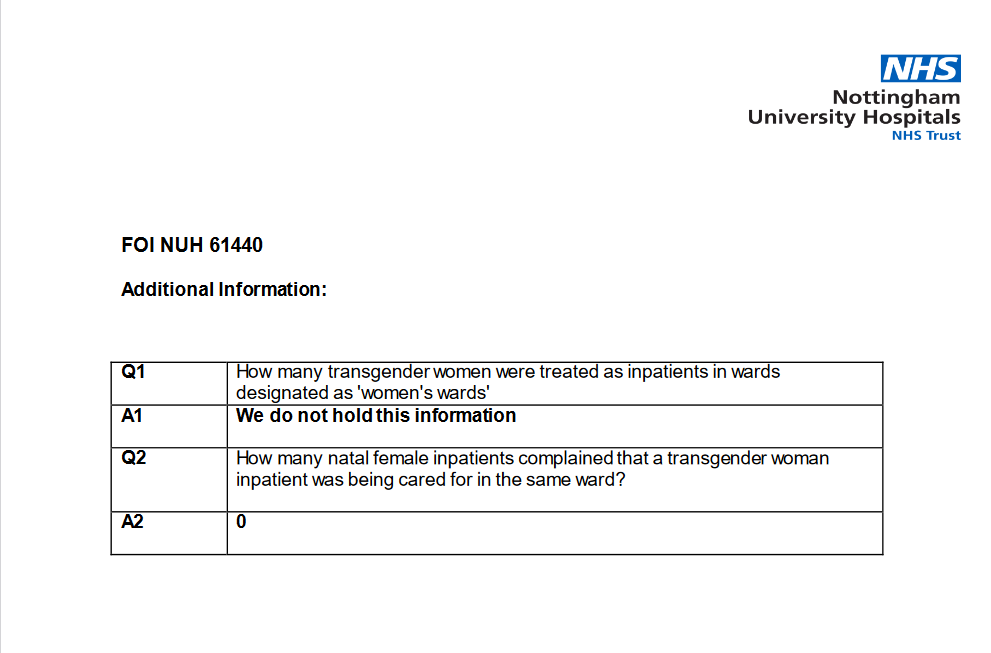 Over the period of 24 hours earlier on this year (2022), we made an incredible fifty Freedom of Information requests (FOIRs) to some of the largest NHS Hospital Foundation Trusts in the UK. Forty-one were outside of London; the remaining nine were inside the M25 ring. We made these requests to prove that there is no issue with trans women in women's wards within the current NHS systems as claimed by Baroness Emma Nicolson and Lord Blencathra in continual attempts in the House of Lords to exclude trans women from NHS hospital wards.

Technically those approached have twenty working days to reply, so we would have liked to think that by the end of March 2022, all the NHS Foundation Trusts will have responded.

Past experience suggests that about 10-15% will not comply or will say they are unable to reply because, for example, their systems do not monitor the keywords or phrases used in our request - for example, "trans women".

Sadly to date (see below) many have failed to reply - perhaps because of staff shortages etc.

The first to reply, now many weeks back, was Newcastle, where it appears single-sex wards don't even exist!

Uploaded today, (12:10 - 11th of May 2022), the twenty-first to reply - Belfast - as is the case with all the replies we have received, there were no complaints recorded.