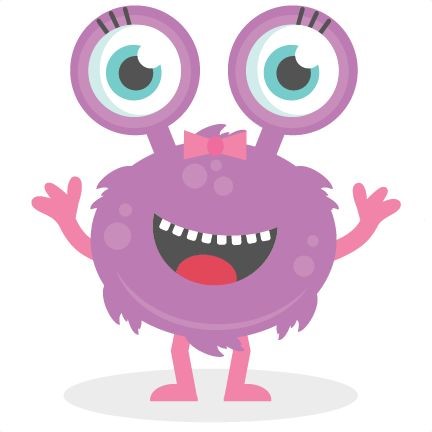 This familiar salutation has been used for generations by people in immediate need of our attention; “Ladies and Gentlemen, the train at Platform 3 is for Oxford only”; “Ladies and Gentlemen, please take your seats for the second half of the performance”. Few of us question its construction and validity, and most just take it for granted.

But what if you happen to be a boggle-eyed monster from the planet Zogg, visiting Earth in pursuit of your favourite hobby, social anthropology, and undertaking research on a dissertation focussing on binary gender systems?

You spend a day in an Earth hospital, a typical working environment for these Earthlings who are always falling foul to one ailment or another and still measure their lifespan in decades rather than centuries, and you witness nurses going about their duties. The next day you visit the nearby, literally earthly building site, watching builders build things. And on the way home to Zogg, you complete a Trip Advisor survey offering a free trip to the next socially dysfunctional planet of your choice if you answer the following question correctly:

Of the two binary genders you just witnessed on Earth, which would you apply the word “Gentle” to?

The answer is easy picking to the clever boggle-eyed monster; the nurses were predominantly women, looking after sick and injured Earthlings with care, compassion and tenderness, whilst predominantly males on the building site pursued their vocation by hammering, sawing and drilling things. Unquestionably, the word “Gentle” must apply to the nurses, and the boggled-eyed monster is no one’s fool (despite this photograph capturing him in a moment of unabashed frivolity), and that’s the answer he gave.

Whether he won the competition or not is irrelevant to the clear logic of the salutation, which by anyone’s conclusion, boggle-eyed monsters included, should be:

But what the boggle-eyed monster has not appreciated is that this salutation relates to hundreds of years and countless generations of tradition and history of the complex and confusing binary-gendered beings on Earth, summed up by one simple word, culture; CULTURE!

Let’s look at these sad statistics from a USA 2015 National Centre for Transgender Equality survey of 17,715 transgender people:

• 29% live in poverty, compared to 14% of the general population
• 30% report being homeless at some point in their lives
• unemployment is three times the rate of the general population
• 30% report being fired, denied promotion or experiencing mistreatment at work due to gender identity
• 31% experienced mistreatment in the past year in a place of public accommodation, including:
o 14% denied equal service,
o 24% verbally harassed,
o 2% physically attacked because they were transgender,
• 40% attempted suicide in their lifetime, 9 times the usual rate in the US (4.6%)

It is appalling that these normal human beings cannot live in the physical presentation that makes them feel comfortable and ultimately happier, and instead, they are persecuted, abused and ridiculed for choosing the veneer that best reflects their inner-self. There is only one feature of human nature that has produced this warped morality, an unfathomable and illogical set of rules and traditions summed up by that word again, culture, and to be more precise, 20th Century Western CULTURE!

To a trans-person, the dubious semantics of the salutation “Ladies and Gentlemen” are immaterial to the painful and distressing reminder of the binary gender system and precipitous moral tight-rope that he/she/they* walks each day of their lives as they balance their desire to present themselves as their mind feels comfortable, and their tiresome battle against the arbitrary rules of a society that propels them headfirst down the bullet points of these statistics to the last uncompromising fact, that 40% will try and kill themselves.

Gender dysphoria to some trans-people is an overwhelming, powerful and all-consuming discomfort, and they are compelled to transition away from the distressful and undesirable gender, both socially (e.g. different clothes and/or make-up), physically (hormones, surgery) and legally (deed poll change of name, Gender Recognition Certificate).

My gender dysphoria is not as intense, and I would describe it as annoying, irritating and distracting, and for health, relationship, and lifestyle reasons, my transition away from my bothersome masculine gender is to a gender-fluid compromise with my chosen lifestyle. I have been openly transgender for half a century, mostly presenting as a non-binary “feminine man” but more recently fully as a trans woman.

It is reassuring that my trans-experience spanning decades on either side of the millennial divide has become increasingly positive in recent years, with the last vestiges of the 20th Century fading into the darker recesses of my memory banks, as I tread the same road to equality that the Suffragettes embarked upon 100 years previously, but which has now become a two-way street, with natal born men pursuing the femininity that is rightfully theirs to experience and savour as much as any natal born woman.

Of course, the ascendancy of trans-people over recent years, as witnessed by un-paralleled media coverage, by the exponential burden on Gender Identity Clinics, and by trans-advocates like Paris Lees and Caitlyn Jenner, has led to a counteroffensive by groups such as so-called “gender critical” radical feminists, right-wing activists and the right-wing press.

20th Century culture was a powerful and invisible force that suppressed trans-people to live in the margins and under the radar of society, but now this culture is softening, and these radical groups, viewing this as a threat to their anachronistic and prejudicial traditions and dubious values, are driven to be more active in opposing us, and like wild dogs backed into a corner and fearing their lives, they are barking louder.

But science is on our side as genetic analysis increasingly shows that being transgender is just that, a state of being, like being tall or short, musically or academically gifted, left or right-handed. History is on our side, too with evidence of trans-communities stretching back 7000 years, and culture is favouring our right to be comfortable in our chosen presentation. Liberal politicians are bolstering our legal rights.

And today, when I walk the streets of my local town in my female presentation, 99.9% of the people I interact with, in shops, cafes, pubs and public places, accept me, and many give me praise for having the courage to be myself (I don’t pass as a woman, and if someone mistakenly thinks I am a natal born woman I give them one piece of advice, “You should go to Specsavers!”).

I sincerely believe that the next large scale survey of trans-people, perhaps in 5 or 10 years’ time, will reveal an improving landscape as we become increasingly accepted by our society and culture, and being transgender is regarded as just a normal variation on the theme of being human.

And when our boggled-eyed friend is waiting for the inter-galactic flight home after his next trip to our little planet, he should not hear, “Ladies and Gentlemen, a black hole is bending the fabric of the Universe, and the expected delay to your flight is a million light-years”; instead he will be grateful to hear that “the black hole has been cleared and inter-galactic flights are taking off as normal”, but most importantly preceded by the salutation: