My community are portrayed as predators & rapists. The truth is we are victims. 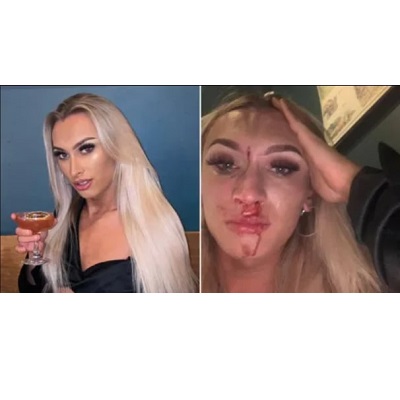 Throw enough mud, and it sticks.

And that has been precisely the strategy of the terfs in the "Gender Wars." One of the most common allegations is that trans people (and trans women, in particular) are rapists, predators and abusers. That we put on a dress to attack women - and they dont "feel safe" around us.

The terfs insists all women feel the way they do - but the truth is the vast majority of women feel very safe around LGBT+ people and know that it is trans women who are attacked far more than cis women.

Most terfs know they are lying - but the bottom line is many are transphobic and will use any excuse to discredit us.

Invariably, they throw just two incidents at us. One is Karen White, a UK transvestite (not a trans woman) who assaulted two fellow inmates whilst held on remand in Wakefield prison. The second is Jessica Yaniv, a Canadian who had a long history of being a trouble maker.

Now I am not for one second going defend either of these individuals - they are criminals, but we do need to put everything into context.

In England & Wales, the total prison population is 82,634, and there are currently 13,359 prisoners convicted of a sexual offence. The 13,359 will include 60 sexual offence convicted trans prisoners.

The terms "trans" is an extensive-term. Trans women & men (transsexuals) dont consider transvestites (who get a sexual kick of putting on female clothes) as one of us. Terfs conveniently forget this fact.

Indeed I am a double eunuch (physically & chemically), so sexual pleasure means nothing to me at all - I could not physically rape. And indeed, that is the case for lots of trans women who have had "bottom surgery."

What the opponents also fail to do is compare trans crime to cis crime which is a far better barometer of the facts.

Now a simple calculation working on the basis that 1% of the population is trans.

Now I am no genius mathematician but working on those figures, I make it that cis people are twice as likely to commit a sexual offence as trans people!

And what happens when trans people are put in prison.

Well, about 91% are housed in a prison the opposite to that they identify as. In other words, most trans women are in men's jails.

Trans people are also attacked in prison on a very regular basis the BBC reports there is a serious assault roughly one per month.

But attacks dont happen just in prisons they happen very regularly on the street too. The UK Office of National Statistics says trans people are at twice the risk of a crime than cis people.

And quite frankly we are fed up of being accused of being sexual predators and rapists when the facts show we are not.

How do I end this blog?

I dont know - frustrated and angry, I guess.

Because getting the truth published over press reports from The Daily Mail, The Spectator and The Times is not at all easy.

And that is an understatement.