Trans Politicians - Being Transgender is Just A Small Part of Me

There are currently no trans MP's in the UK - but it is different elsewhere. 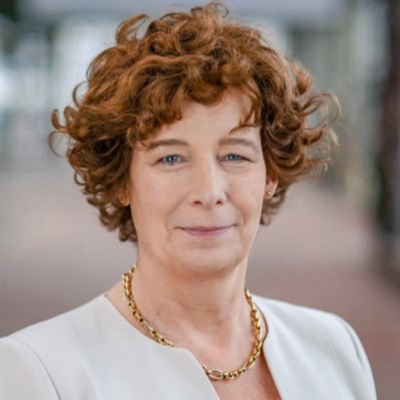 You can be forgiven if you have not heard of Petra De Sutter.

People rarely know the name of any Deputy Prime Minister in the UK, so to know that she is Deputy PM in Belgium is a big ask.

There are several women leaders in Europe, though none more senior that the dominant Angela Merkel, Chancellor of Germany. So, deputy PM is obviously not the top post, but nevertheless, Petra is an extraordinary woman - she is a trans woman.

Currently, in the UK, it unthinkable that a trans person could be a leader in our country. I tweeted about Petra the moment I heard the news. The tweet said “Whilst Belgium welcomes the first transgender minister in Europe the UK argues about where we can have a pee”

The tweet went crazy from the second I posted it, and the last time I checked, it had 569 likes and had been retweeted 105 times. I gained nearly one hundred followers on Twitter in just over a day, and it is fair to say I had a glass of wine (or two) to celebrate.

But in reality, should I have celebrated at all?

Petra is a human being - fully capable of doing many jobs just like you. Yes – she is very talented for sure because Petra’s previous career was that of a distinguished gynaecologist and fertility expert. Then she moved on into politics, first becoming an MP and then an MEP where her professionalism was quickly recognised by many of the EU elite. Petra said “Being transgender is just a small part of me” and I find that statement mind-blowing – because in the UK (as my tweet indicated) trans women are being denied by some people even to go to the Ladies!

Some see the Ladies as a “single-sex space” – yet fail to realise that we share toilets at home, in planes and trains and occasionally in small shops or restaurants. We think nothing about it at all – such is vile in the “TERF wars.”

In Belgium, being trans is a non-issue – it is part of diversity, and life moves forward. Petra is, of course, aware that the UK has problems. She usually tweets in her native tongue but found time to tweet in English after her appointment, saying that she hoped her acceptance and promotion would be an impetus for trans rights to move forward in countries that trail behind Belgium. She did not name the UK directly, but the fact that the tweet was in English said it all!

And in other countries too trans women and men are (or have been) successful in politics.

Christian Schenk a German MP was transgender, though full transition did not occur until after leaving the Bundestag in 2006. Serving for twelve years as an MP and as a female feminist fighting for women’s rights, Christian then decided being a woman did not fit her gender and become a fully transitioned man saying "Testosterone changes the hormone balance and not the brain content."

Here I digress a little for there is now medical evidence that estrogen does change the brain and I am testimony to this, but the point remains that trans people are fully capable of working in high-level jobs.

Other countries have had trans MP’s - one being from Italy back in 2006. Her name was Vladimir Luxuria who was elected to the Chamber of Deputies leaving two years later. She was also the first openly transgender woman sitting as a MEP.  Vladimir has had an amazing career as an actress, writer and television host. She was and still is a huge trans activist and celebrity, winning an Italian TV show similar to “Survivor.” Giving half her prize money away to UNICEF she said "I know that I won't have children and I want to help disadvantaged children in my own way.

These days Poland is seen as a country going backwards in LGBT rights with areas of the country being designated as “LGBT+ free areas”.  As a country, they are constantly being criticised within the EU for their draconian actions. But it was not always like that.  Back in 2011 Anna Grodzka a trans woman was elected to the Polish parliament leaving four years later in 2015.

Outside of Europe in New Zealand, the first openly trans MP was Georgina Beyer who previously held the office of Mayor of Carterton for the period 1995 – 2000. Born George Bertrand in 1957, she had sex reassignment surgery in 1984 then worked in the media for a spell before igniting her political career. She was clearly very successful winning three general elections as a Labour Party candidate before retiring in 2007. She later had a kidney transplant and took up public speaking before re-entering politics. New Zealand is perhaps the most accepting LGBT+ country and in the recent General Election 10% of the MP’s are LGBT+

In the UK, however, we are a very long way behind. Whilst there are forty-five lesbian, gay & bi MP’s there are no transgenders.

We have seen a trans MEP in Nicole Sinclaire for the period 2009 to 2014, but overall, there has been little progress in catching up other countries. Lilly Madigan, a left-wing trans activist has certainly put her name forward as a potential candidate as an MP, and I am sure there are a few local councillors in the UK, but in reality, trans people who equate to about 1% of the UK population have little chance of seeing a trans MP elected at the next election. In theory though, (given there are 650 MP’s) there should be six trans MP’s on an ongoing basis.

Every so often we see a survey published about trans folk and people’s attitudes to us. I find this very sad. It is rather like we are a freak at the circus the best part of a century ago.

“Roll up, roll up and see a man wearing a dress.”

These surveys do show however that the UK does not “trust” trans people, and this is not really our fault but of the media who paint us as freaks, unstable and abusers.

Visibility is key which is why I went public with my website. The more of us that do this, the better and if any reader is currently closeted can I remind you of something Harvey Milk, an American gay rights activist, said back in the 1970’s

Trans folk are human beings and as Petra De Suter said and has proven – “being transgender is just a small part of me.”